As Kerry tries to put the story behind him, Clinton helps the GOP keep it alive. 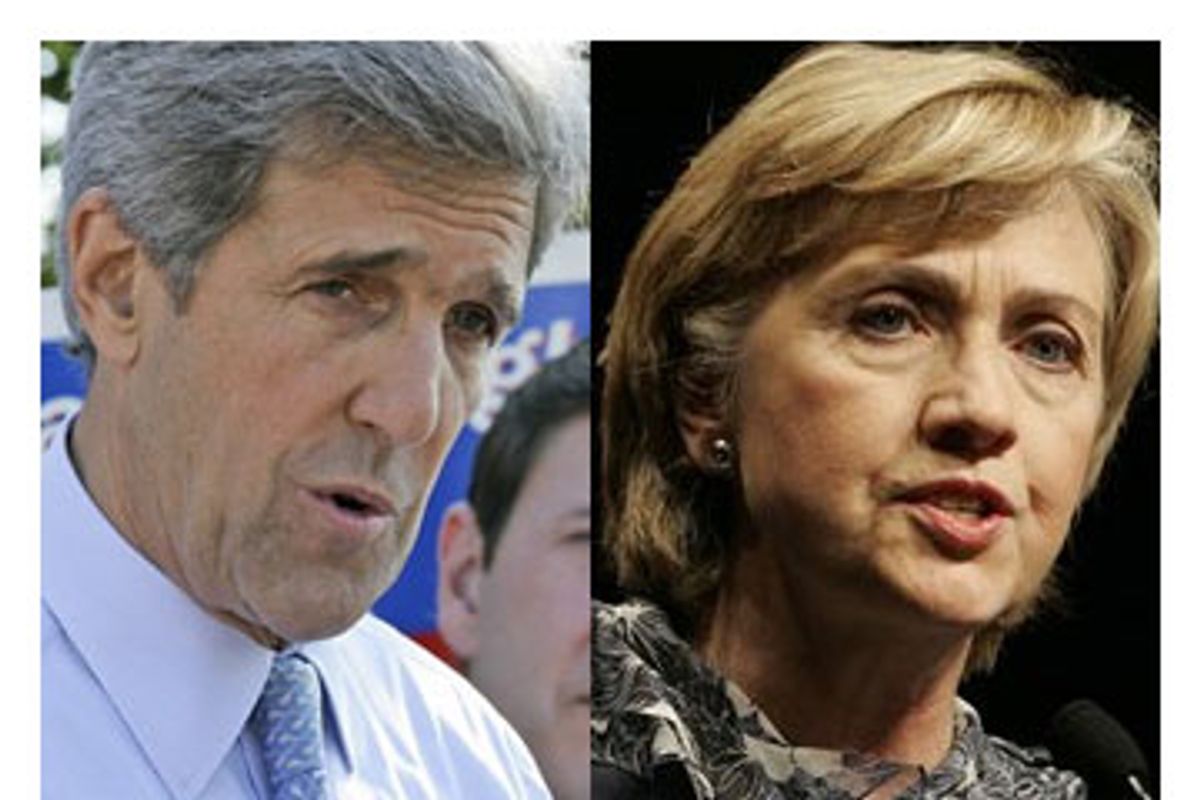 John Kerry said early this morning that he was sorry about his "botched joke," but that didn't stop Tony Snow or a lot of the news media from prattling on later in the day about Kerry's need to apologize. The senator has just issued a statement that should put the when-will-he-apologize theme to rest.

"As a combat veteran, I want to make it clear to anyone in uniform and to their loved ones: my poorly stated joke at a rally was not about, and never intended to refer to any troop," Kerry says. "I sincerely regret that my words were misinterpreted to wrongly imply anything negative about those in uniform, and I personally apologize to any service member, family member, or American who was offended."

Kerry's apology comes just as Hillary Clinton -- who risks absolutely nothing by staying out of the fray -- declares that his original comments were "inappropriate." That's a fair statement to make only if Clinton believes, as Republicans claim, that Kerry was maligning the troops rather than their commander in chief. Does she really think that? And if she doesn't, what possible reason does she have for helping the GOP extend this story for a few more hours?

Can the "Democrats in Disarray Over Kerry" headline be far behind? The only "October Surprise" here is no surprise at all: Days before another election, the Democrats are finding ways to hurt themselves.