Black History Month is coming soon. I wonder: Will anyone pay me to be black for them this year? 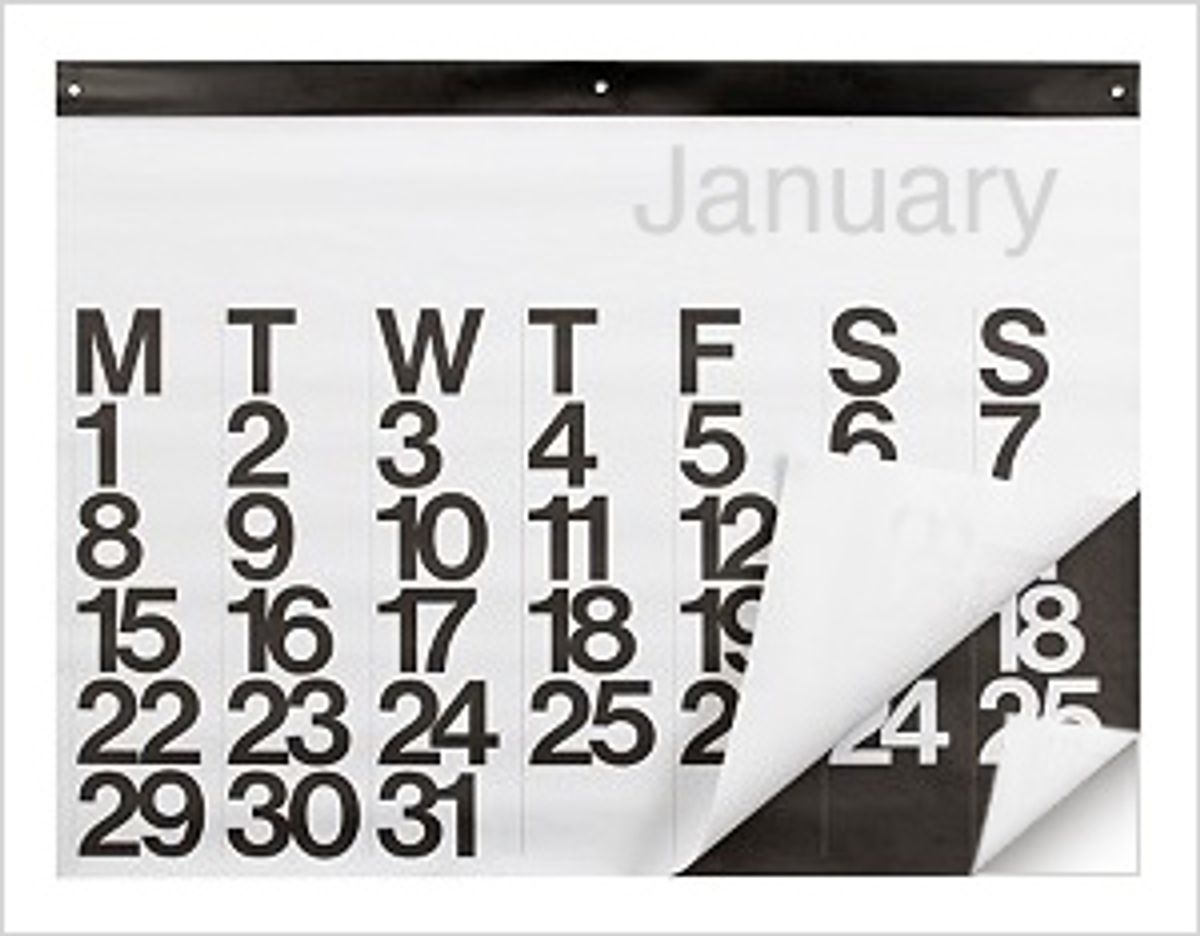 When you're as neurotic as I am, it's important to plan ahead for things to worry about. That's why Thanksgiving found me obsessing over Black History Month. You see, it's early December, and no one's asked me yet to come and be black for them in February.

Just as all professors yearn to be stand-up comedians, those of us who eke out a living writing in our basements long to be highly paid blowhards on the lecture circuit where, if you're shameless enough, you can make serious dough for just a few hours' work. If you're black, February is the optimal time to cash in. All the lucrative keynotes and fancy book clubs sign their speakers six to 12 months in advance, so I was pitifully late in the all too obvious realization that I had been passed over. Still, I got to thinking. Even if I had been invited somewhere, I wouldn't have the least notion what to say about the role of race in modern life, except that I'm pissed only to be asked the question once a year. The irony of Black History Month is that it makes life a bitch for blacks. All that pesky thinking about how to take advantage of an opportunity that's condescending, if well-intentioned, at its core.

Black ambivalence to BHM specifically, and to the travails of always being the racial Lone Ranger generally, is a well-worn topic among "mainstream" blacks. In 1997, a wry essay about the indignities of BHM made the rounds of what Zora Neale Hurston, also wryly, called the "Niggerati": black intellectuals, artists and writers. In her piece for the Seattle Times, Ethel Morgan Smith, a black professor at a white university, sketches an evocative pastiche of what it's like to be required to represent your race when you least expect it.


During February, my mailbox is overflowing. Most of the mail wants me to represent "my people" for some worthwhile organization in February and February only. Sometimes the tone is pleasant. I generally accept those. Most often the tone is not pleasant.

I group the mail into categories of "accept for sure," "decline for sure," "maybe" and "I'll get back to you."

I've had letters that point out (if not in so many words) that their tax dollars pay my salary and they rightfully deserve a piece of me. The least I can do, these letters imply, is come and be black for them. I dump those requests in my recycling bin.

I also get numerous calls. A pleasant woman from the arts council needed someone to attend her luncheon book-club meeting at her house. One of my colleagues, whom I haven't even met, gave her my telephone number. Her group is thinking of including a black writer on its reading list next year. I accept her pleasant invitation. It doesn't conflict with my calendar. I can be black that Wednesday.

Come January, we'll all start sending her words around again, even as we scour our in boxes for last-minute solicitations and fill our send boxes with indignant forwards of "come be black for me" invites from white people we've never met. The ones we forward and mock are those from people who expect us to come be black for free. The others, the paying ones, we hoard and reply to promptly.

What I most appreciated about Smith's essay was its nuance, its lack of bile and its appreciation of the absurd; dealing with race is hard for everyone. We think you're racist if you ignore BHM and mock you when you honor it. Unless we get paid. Avoiding embarrassment, let alone offense either experienced or inflicted, is damned tricky.

The one time I had a "real" journalism job, I was perfunctorily informed of the planning meetings for the upcoming National Association of Black Journalists conference and automatically assigned to staff our booth there. I am not now, nor have I ever been, a member of the NABJ; it's not personal, I'm just not a joiner and I hate meetings. When I politely disengaged, the whites, while surprised, let it drop. The blacks took it less well, so who's essentializing whom? Another black friend whose children attend a swanky Manhattan private school was sweetly asked to explain Kwanzaa at a holiday school assembly. (He's Catholic.) Harder to forgive is one black journalist's report of the frequency with which her brainy, lively child is complimented, by whites, on his no doubt bright future as a rapper.

Blacks understand that it isn't, or needn't be, racism that causes pale knees to jerk like this; everyone says something stupid eventually, and you have my official permission to mock anyone who calls Al Sharpton in response to such benign inanities. Whenever I meet a British journalist working here, it's all I can do not to ask him if he knows "Chris," a British journo friend of mine, the same way that whites ask me if I know "Dave," since we're both from St. Louis. ("And both black" is the part studiously avoided in the latter instance.) Given the number of times a white acquaintance has dragged me across a party to triumphantly introduce me to the only other black person there, someone with whom I have little in common besides the ditz who just left, I have no excuse for recently introducing two random Nepalis by e-mail.

In a D.C. Starbucks recently, I stood star-struck trying to get up the nerve to approach a hero of mine. Hating myself even as the witless words left my lips, I actually said, "Are you who I think you are?" The handsome, dignified man who'd faced down the Klan with MLK was too dignified to laugh at me, so he asked the only question a sentient human could, "Who do you think I am?"

My mind went blank. "Andrew Young, right?" (This was pre-Wal-Mart.)

If a white person had been overheard making such a mistake, bitter, facile "Guess what? We all still look alike" posts would have peppered the Negro blogosphere. I got the benefit of the doubt that my stupidity was just that, star-struck tongue-tiedness and not racism. We had a lovely chat. I'm sure Julian Bond is the consummate gentleman, but I wonder how tense that moment might have been for even the most well-intentioned white. All of which lets me know I'm better off without all that quick BHM cash because, like the essayist who spoke for all of us, I struggle daily figuring out how to handle my race, my personhood and my personality simultaneously. What wisdom could I possibly impart to a Black History Month crowd, black or white, when I keep bumping into exceptions to the rules -- i.e., human beings?

It used to be easier. In the '70s, when a friendly phone conversation to set up a nail appointment turned into an ugly, sudden denial of service once I showed up with my afro, I knew exactly what to do. Back then, people were helpful enough to say, "You didn't sound black on the phone!" Again, I knew in the '80s when none of my white Air Force buddies reacted to, let alone objected to, white civilians' frequent use of "nigger" during a volleyball game. No one called me, the lone Negro, a nigger. They just kept demanding that we athletic GIs fresh from training stop hitting the balls over their heads since, "not being no nigger" they couldn't reasonably be expected to field them.

Ah, but the '90s and the '00s. There's been so much progress that black writers like me have been urging our community to focus more on opportunities than on obstacles. Then, all in one week, an unarmed black bridegroom is torn apart by police fusillade and funnyman Michael Richards doesn't even need to get drunk before venting his hatred of us for daring to interrupt the mighty white man. What speech could encompass both realities?

Still, only a few of us have to confront "in your face" racism like this. Our dilemmas are small, but frequent, and woven into the fabric of our daily lives. So, what to do when a tipsy gay friend blurted out, "Yeah! The sister's gonna dance!" when I joined the gang on the dance floor at an all-white party. Everyone froze. Poor Gary's face was red with regret; his eyes pleaded with me not to hate him. Looking back, I suppose it was then that my shot at the Black History Month moolah officially disappeared before it ever materialized. I could be black or I could be human.

And then the sister danced.