By sending its CEO packing, Home Depot revealed once again why huge executive salaries are a scam. 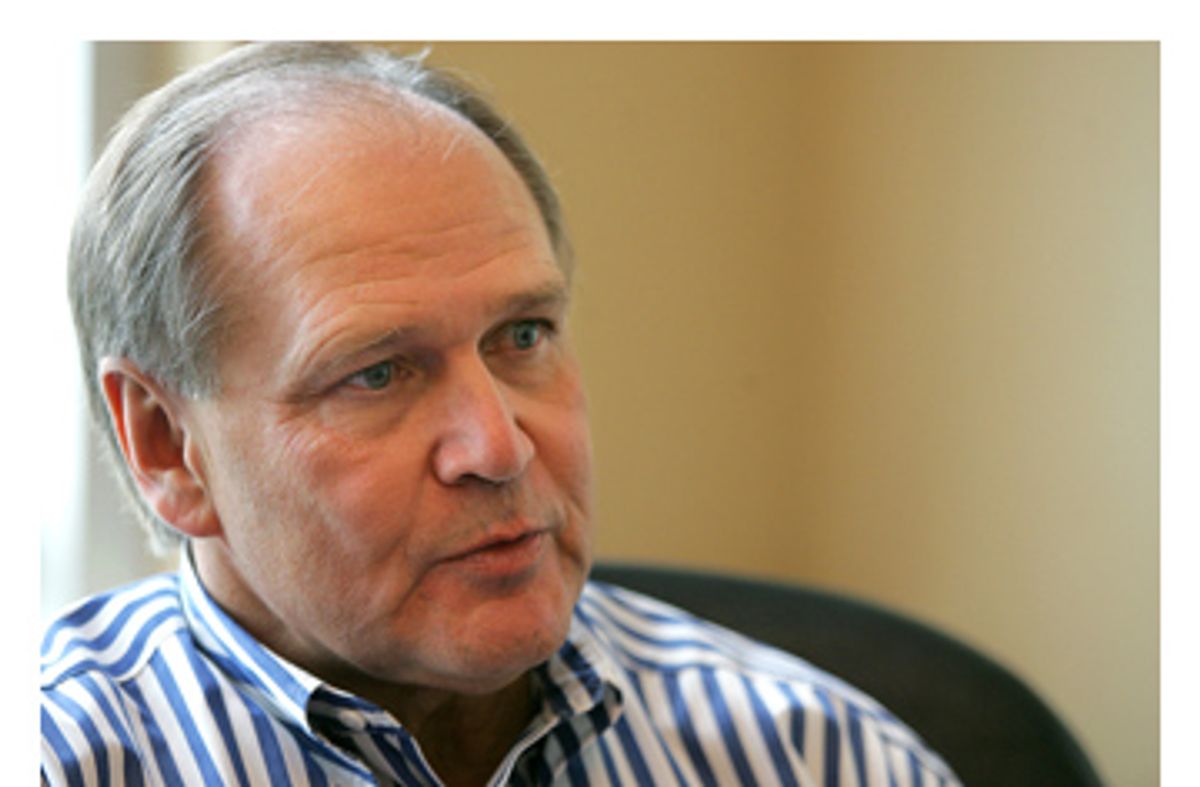 When the board of directors of Home Depot gave CEO Robert L. Nardelli $210 million and sent him on his way last week, it was more than just a grotesque game show fantasy ("You screwed up as a contestant, so here's a lovely parting gift of a couple hundred million bucks"). It was a moment of revelation.

The Nardelli parting gift stripped away the sheer bull over executive compensation that pollutes public discourse nowadays, revealing the underlying philosophy. I call it the Falk/Reles Theorem of Executive Compensation. This was set forth not in an academic paper but in a really great 1960 movie, "Murder Inc.," starring Peter Falk as the mob killer Abe Reles.

About halfway through the movie, Falk as Reles sets forth his views on material acquisition: "What you want, take. What I want, I take. Nothing means nothing unless I got it. What've you got hands for, huh? Take!"

If you keep these words in mind, all the obscenities of recent executive compensation make sense. All of them -- the Nardelli sayonara, the $400 million lavished on New York Stock Exchange boss Dick Grasso that was the envy of Wall Street, and the daily assault of eight- and nine-figure compensation "packages" that grace the business pages. CEOs have hands, so they take. Their boards don't care -- it's not their money, after all -- or they're pals of the CEO, so they give.

Nardelli's value to society, apart from printing very nice pamphlets on how to install sinks, is that he is the living embodiment of the Falk/Reles Theorem. He and his board of directors put to rest all the pap that has surrounded CEO pay in recent years.

The prevailing explanation of executive compensation is that, on the whole, CEOs and other titans of finance are fairly paid, so go away and leave them alone. This philosophy has been propounded by Jack Welch, who as CEO of General Electric was no stranger to humungous pay and perks. Call it the "Scarce Athlete Theory of CEO Overcompensation," after the analogy that Welch has used everywhere from "Hardball With Chris Matthews" to "The Colbert Report."

This theory holds that the paunchiest CEO is among the Randy Johnsons of his generation, in the same league as the best-paid major league baseball players. Its principles are as follows: 1) People who have the rare talent to be "CEO material" are scarce; 2) scarce people, like athletes, earn commensurately high salaries as dictated by the free market; 3) CEOs should be paid like athletes, rock stars, Pablo Picasso and other talented people.

Appearing on "Hardball" last July, Welch drew parallels between the executive compensation process and the Major League draft. "Everybody is out with their checkbook and wallets trying to get somebody, and agents are having a ball. They've got three weeks. [CEO compensation is] no different, Chris," Welch said.

This is where Nardelli earns his pay -- by showing the absurdity of that analogy. Unlike baseball players, who get tossed out on their rears when they louse up, the Nardellis of this world stay on and on, through one disaster after another. It is front-page news when CEOs drive the train wreck required to get fired, and even then they often pull themselves out of the wreckage and climb behind another throttle.

Nardelli was signed for a Michael Jordan-size contract, but he did a poor job and still walked away with a fortune. "Questions about his compensation, business strategy and autocratic management style mounted," the New York Times said diplomatically in its front-page article on Nardelli's ouster. In other words, he was an overpaid SOB who was fired for cause. Most people who are fired for cause are lucky if they walk away with two weeks' compensation, even if they are not SOBs.

The Scarce Athlete theory is predicated on another fallacy, which is that CEOs rise to their positions in a kind of Darwinian struggle, gnawing away at each other until the survivor emerges, a kind of King of Corporate Rat. That is true in some instances. But then you have the rather large number of public companies -- including media outfits such as the New York Times and the McGraw Hill Companies -- where the struggle for the corner office does not illustrate the survival of the fittest, but the survival of the first born. Some very bad (and good) CEOs run family-owned firms, and they get the usual scarce-athlete pay. I don't know any pro baseball player who passed a big-bucks contract on to Sonny Boy even though Junior couldn't hit a ball with a banjo.

Defenders of executive overcompensation say that we all ultimately benefit from the largesse bestowed upon incompetent, greedy and arrogant CEOs. All that grubbiness eventually "trickles down" to the rest of us, they say, repeating the arguments that conservative economists used to defend the Reagan slash-and-burn tax cuts. There is truth to this. Give the rich more to spend, and they will eventually toss a few nickels toward the rest of us, very much as Abe Reles boosted the economy of Brooklyn by supporting the manufacturers of durable goods (ice picks) and the garment industry (pearl-gray fedoras), along with their families, vendors and so on.

In the end, Abe was ejected by his board of directors not with a lovely parting gift, but by being tossed out the window of a hotel on Coney Island. Executives today should be grateful for their golden parachutes. Lord knows, Abe could have used one.