But first, one more argument over jury instructions. 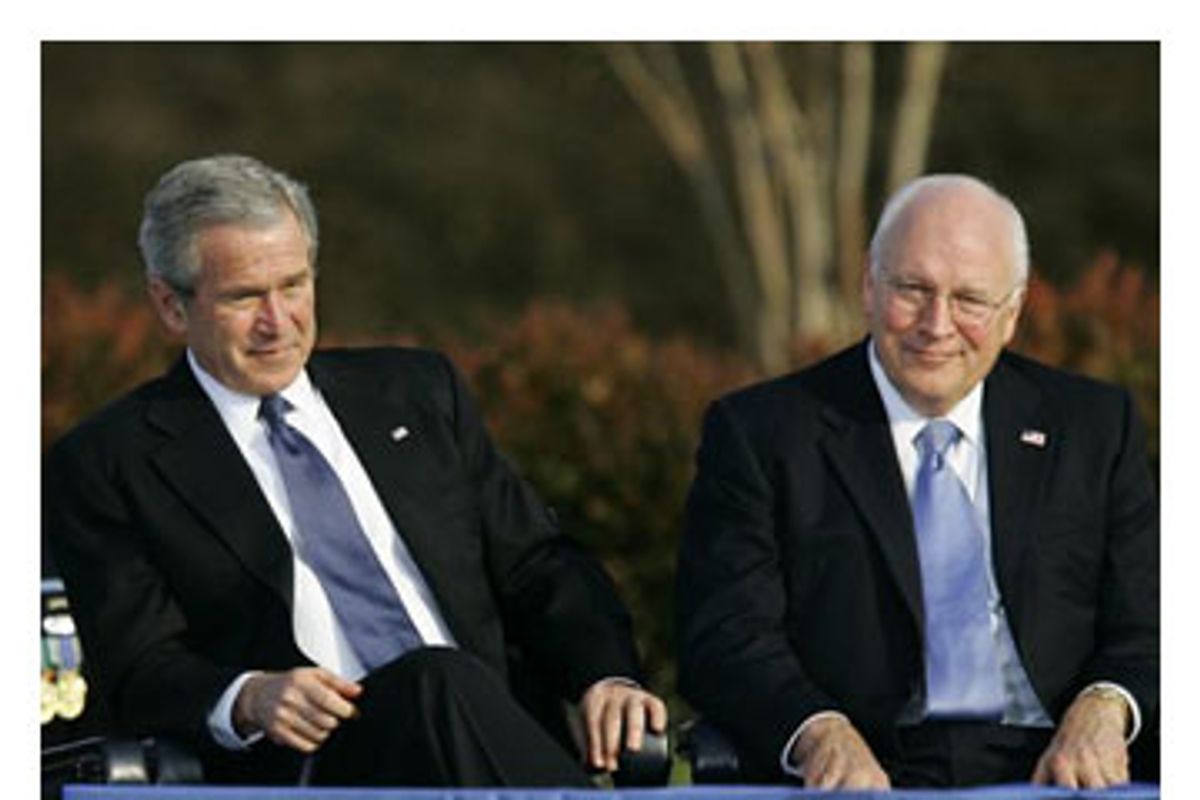 Salon's Alex Koppelman will be reporting from the U.S. District Court in Washington today on opening statements in the trial of Scooter Libby. Here's his first post.

Scooter Libby's jury trial has begun, but most of the fireworks -- including the testimony of likely witnesses Bob Woodward, Judy Miller, Tim Russert and Dick Cheney -- will wait for another day. This morning began with the reading, by presiding Judge Reggie B. Walton, of instructions to the jury, which continues as we write this.

These instructions have been a point of some contention between the prosecution and the defense, with the two sides arguing over how the jury should be instructed on the subjects of human memory and Valerie Plame's status within the CIA and how the jury should consider Libby's statements when asked about classified information if he chooses to testify. (The defense is concerned that if Libby stumbles or appears guarded when asked about potentially classified information, the jury will take that as evidence that he is either being dishonest or reading from a script.)

Just before the trial began and the jury was led into the courtroom, there was a final discussion between the two sides over one last point on the instructions. The government wanted the judge to discuss "possible crimes" being investigated by the grand jury and the FBI when Libby allegedly made his false statements; the defense wanted the word "allegations" used. The judge dismissed the defense's objections out of hand, saying that "the FBI doesn't investigate 'allegations,'" and the government won the first point of the day.

Next up will be the opening statement of special counsel Patrick Fitzgerald.