The network's trained poodles bare their fangs at ... Anderson Cooper? 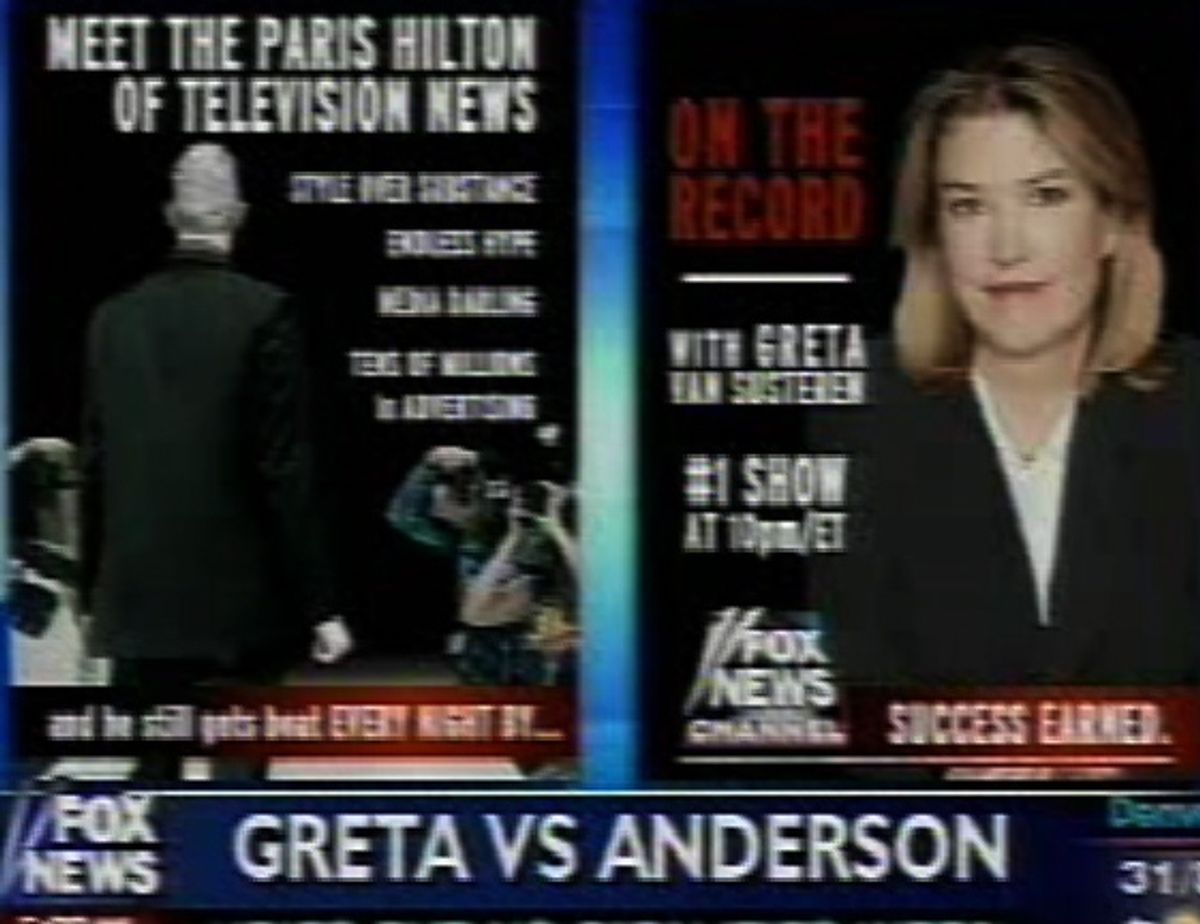 These "Fox & Friends" are no friends of CNN's Anderson Cooper, that's for sure. Maybe there's some lingering jealousy over his reported newly signed $4 million-a-year contract. Regardless, here's Fox News, doing a segment on its own print ad, which touts its own program as No. 1 at 10 p.m. (while taking a swipe at No. 2). Nice. It's particularly amusing to hear former Miss America/dimwit Gretchen Carlson refer to Cooper as a "fabricated newspeople." And the petty swipes might best be explained by this firsthand account of a failed Fox attempt to woo Cooper.