Libby's lawyer grills the former Times reporter on why she failed to mention a key meeting during her grand jury appearance. 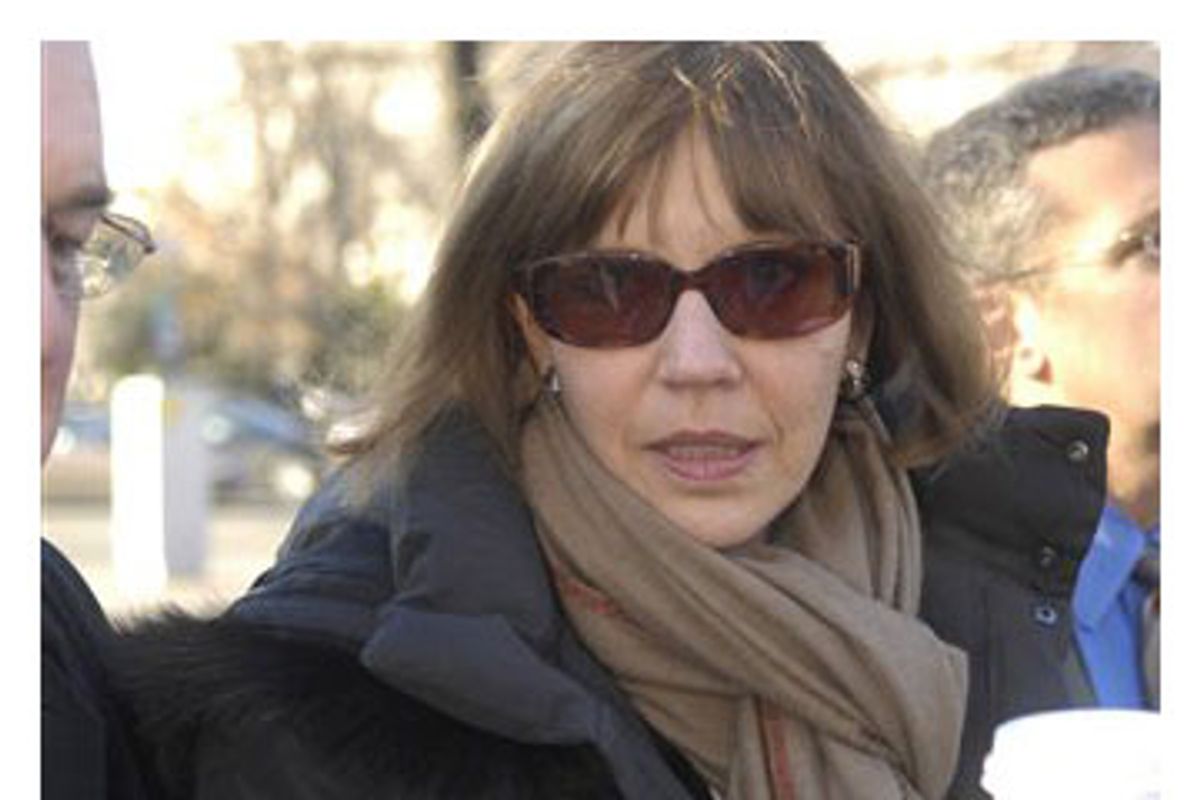 Former New York Times reporter Judy Miller is on the witness stand in the Scooter Libby trial, repeating, for the most part, what she has already said that she told Patrick Fitzgerald's grand jury once she finally agreed to testify before it.

Libby defense lawyer William Jeffress is cross-examining Miller now, and he's grilling her on the fact that she didn't testify about her June 23, 2003, meeting with Libby the first time she answered questions before the grand jury. Miller says she didn't remember the meeting until she discovered notes of it after that first grand jury session. Jeffress is -- not unreasonably -- incredulous.

Jeffress: You spent 85 days in jail, right? I'm sure that wasn't pleasant.

Jeffress: Did you think about this matter while you were there in the Alexandria jail?

Miller: I thought about the need to protect the confidentiality of Mr. Libby until the time I got from him a personal and voluntary waiver, and I thought about, should such a waiver ever materialize, how I would be sure that the prosecutor would not conduct a fishing expedition into other sources. That was on my mind while I was in jail ... I did not remember the meeting when I was in jail."

Jeffress asked Miller how she could have told her New York Times editors that she did not think she was the target of a concerted effort to leak Valerie Plame's identity to the press when she knew -- or supposedly knew -- that Libby had leaked Plame's identity to her. Miller's response: "I didn't think I was the target of a concerted leak campaign because I didn't know if there was one."