After a day of infighting, the Edwards campaign reverses a decision to fire two controversial bloggers. 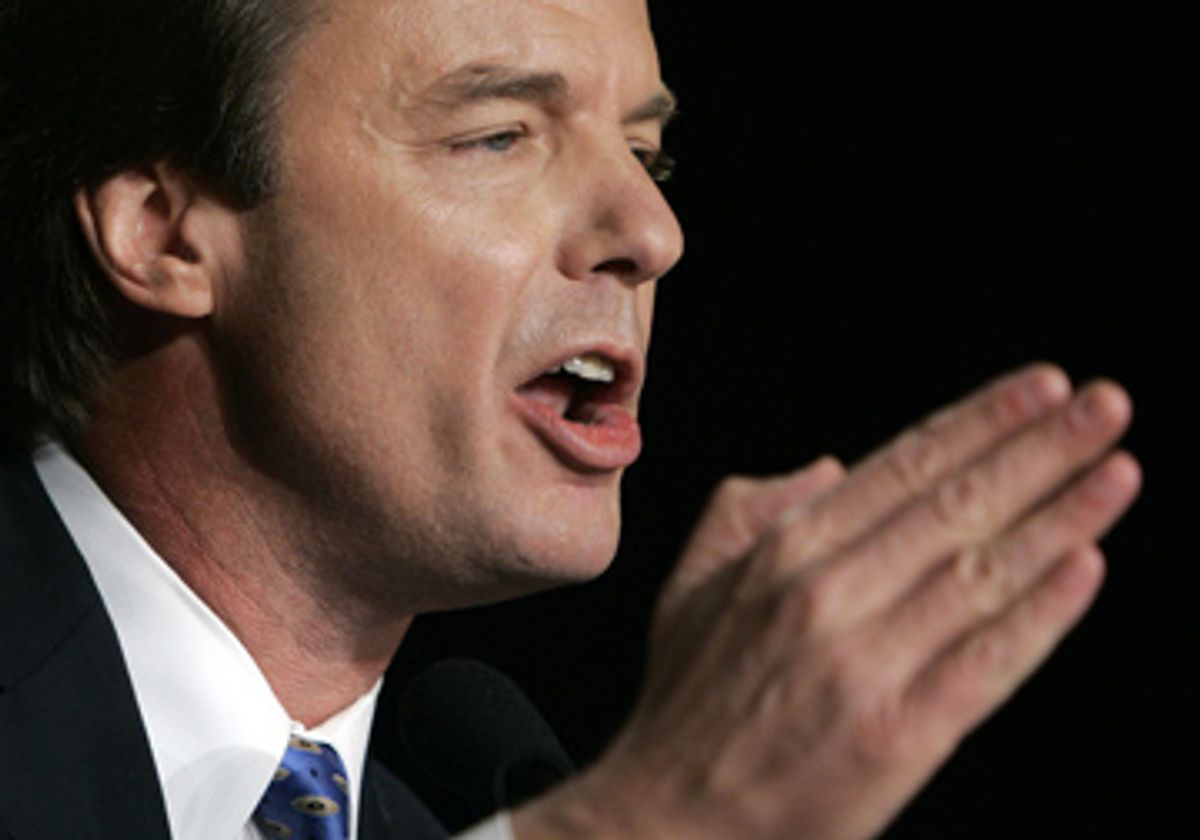 After personal phone calls to the bloggers from the candidate, the Edwards campaign has rehired the bloggers who were fired yesterday, according to sources inside and close to the campaign.

Salon reported yesterday that on Wednesday morning the Edwards camp fired Amanda Marcotte and Melissa McEwen, the two bloggers whose hiring had sparked an uproar by conservatives. That information was confirmed by sources in and close to the campaign. But almost as soon as the decision had been communicated to the bloggers, a struggle arose within the campaign about possibly reversing it, the sources said, as the liberal blogosphere exploded.

The campaign remained silent all day about the status of Marcotte and McEwen, and neither woman posted to the John Edwards blog yesterday. There was also radio silence from the campaign for the hours following Salon's report of their initial dismissal, after a promise from a campaign spokeswoman that there would be more information later.

Sources told Salon that much of Wednesday was spent in a series of conference calls among campaign members trying to hash out a solution to the very difficult problem of what to do with the bloggers, debating the details of their departures or the possibility of their swift reinstatement. These discussions culminated, according to sources inside and close to the campaign, in calls last night from Edwards to the bloggers, in which he asked them to come back to the campaign.

In a statement released today, with individual comments from Edwards and the two bloggers, Edwards said, "I've talked to Amanda and Melissa; they have both assured me that it was never their intention to malign anyone's faith, and I take them at their word." The statements did not address Salon's earlier report.

Jennifer Palmieri, a spokeswoman for Edwards, denied to Salon that the bloggers had been fired. However, asked if the bloggers were ever given the impression they were no longer with the campaign, Palmieri responded, "We had discussions going on for about 36 hours about how to handle this, and Edwards -- he himself had never met either one of them and felt it was important to give them time to decide how they wanted to respond, if at all."

As Palmieri was giving her statement to Salon Thursday, a source close to the campaign, who declined to be named because of the delicacy of the situation, was asserting to another Salon reporter that "they were fired," and that Wednesday was spent in a series of confused and sometimes heated conversations within the campaign, trying to hammer out details of a possible reversal of that decision for one or both of the bloggers. "There was a lot of infighting," said the source.

Kate Michelman, a senior advisor to the Edwards campaign, told Salon in reference to Edwards' statement: "I think John handled this just right. Frankly, campaigns have bumps in the road. The important thing about bumps in the road is the way a campaign handles them, whether they step up to the plate and are fair and move on and regroup. The outcome of the process is the important thing, and I think in the end John has made the right decision here."

While the Edwards campaign kept quiet on Wednesday, the blogosphere was reacting to Salon's story, often with anger at the prospect that the Edwards camp had thrown two of the blogosphere's own under the bus. Chris Bowers, a blogger at MyDD.com, wrote in one post, "While there is no way I will support Edwards with (sic) Amanda and Melissa are fired, I will immediately become a staunch Edwards supporter if they are not fired."

And Bill Donohue, president of the Catholic League, who was one of the driving forces behind the controversy, has released a new statement. In it, he promises that "what Edwards did today will not be forgotten" and that there will be "a nationwide public relations blitz" against the Edwards campaign for the decision to employ the bloggers.

"John Edwards has apparently decided that there is more to be gained by aligning himself with the cultural left than by standing on principle and firing the Catholic bashers on his payroll," Donohue said in his statement. "Had anyone on his staff used the 'N-word,' he or she would have been fired immediately. But his goal is to loot the pockets of the [George] Soros/Hollywood gang, and they -- like him -- aren't offended by anti-Catholicism. Indeed, they thrive on it."