Fifteen years ago, Jackie Earle Haley had given up on acting. Now the former teenage heartthrob is back with an Oscar nomination for his creepy role in "Little Children." 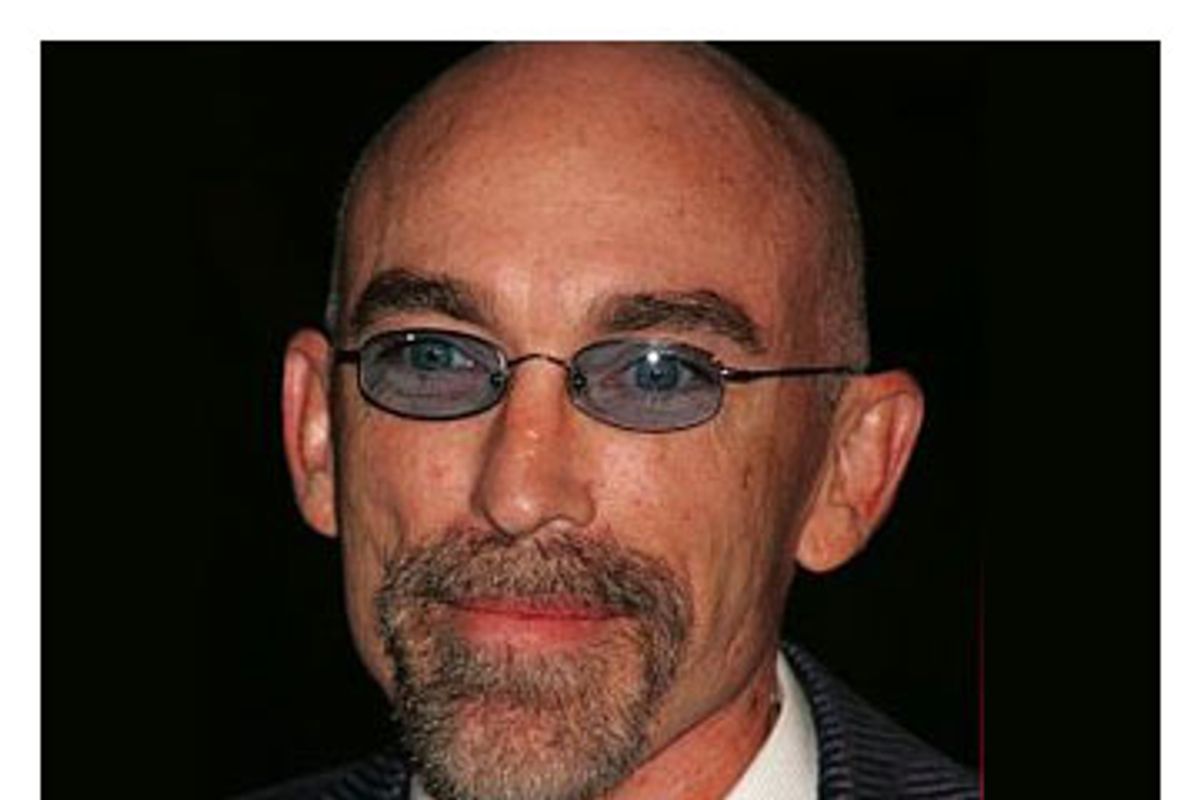 Jackie Earle Haley, who's up for a best supporting actor Oscar this Sunday for his role as sex-offender Ronnie McGorvey in "Little Children," hasn't had anything approaching a normal Hollywood career. After a promising start as a teenage heartthrob in the '70s -- "The Bad News Bears," "Breaking Away" -- Haley went on to act in a string of B-movies, eventually driving limos and delivering pizza to make ends meet. When director Steve Zaillian contacted him "out of the blue" to appear in last year's "All the King's Men," he hadn't acted for 15 years. He got the part, and that role led him to an audition with "Little Children" director Todd Field and Kate Winslet -- who's also nominated, as best actress, for her role in the film.

Though he's back in the limelight -- he's been on talk shows from "The View" to Jimmy Kimmel -- Haley's not quitting his day job directing commercials. On the eve of the Academy Awards, he spoke with Salon from the set of one of his current shoots about stepping back in front of the camera, prepping for the role of a child molester and how his mom still calls to make sure he's eaten.

You stopped acting for about 15 years. What were you up to?

When I made the decision it was time to leave acting, it seemed directing was the way to go. But it probably took me a good eight years, or 10, until I could get to where I was finally making a living at it. In the interim, I was just working -- driving a limousine and delivering pizzas. I was a security officer for a while. I was a furniture refinisher for a while -- hated it. I just didn't have the arms for it.

I also hooked up with this videographer and started to crew for him. I would run sound, I learned how to grip. I even learned how to be a cameraman, all the time trying to get my own corporate video thing going. Over time, I started to infiltrate the corporate world. At one point I became vice president of marketing for a company in Las Vegas. From there, I ended up moving to San Antonio [Texas] and getting into all sorts of branding commercials.

Are you still making commercials?

Yeah. I fell in love with them. When I first started to make commercials I was like, cool, this is kind of taking all the knowledge I've learned over the years to make these mini-movies. Doing regular commercials was like a no-brainer for me. I love it.

You were on your honeymoon when you first heard you were up for a role in "All the King's Men"?

I was starting to reach this pretty cool place in life where I was emotionally the most accepting of where life had taken me, and financially, finally, not behind the eight ball -- far from rich, but at least not late on stuff. I met this beautiful lady who is an awesome life partner, and we're on our honeymoon in France, and life is good. And out of the clear blue, Steve Zaillian [the director] calls and he wants me to audition for this part in "All the King's Men."

When I got back from the honeymoon, I got a shooter and an actor and a sound guy and we did this audition tape and sent it off to Steve. It had been a long time since I did this. But there was this feeling inside. Over the years, people had called about a movie here, a TV show there, and it never really panned out. There was something about this; it felt different and, I don't know why, but it kind of felt like, "Hmm, this could actually happen." The way this whole thing went down, it almost seems like kismet, karma, divine whatever. It felt like this was supposed to happen.

That was more of a challenge when I was perceived as the heartthrob at 14 and 15. I think it made for a much more difficult transition from child actor to adult actor. People had this perception of me as this hunky guy, even though my body wasn't turning into that. And I think when I hit 20 or 21, it was difficult for people to figure out what to do with me. Even when they know what to do with you, that transition is almost impossible, so I kind of had a double whammy. I feel like when you're 45 years old, it opens it up a bit more. A character actor, I think you need that in movies.

I don't know about you, but sometimes when I'm watching TV, I literally just can't take it anymore. You're watching a cop show and everybody's a model, and sometimes it's like, I can't take this, man; this is so not real.

In "Little Children" you play a convicted sex offender. How did you get into character?

When I looked at this character, I discovered it was going to serve me better to look more inside than outside. It was important for me to look at my own life, and try and find ground that I thought was common between me and this character. Even though I can't relate to Ronnie's impulses, I can relate to his obsessive behavior and I can relate to his low self-esteem and his self-loathing. Ronnie is continually experiencing the pain of his low self-worth to such a degree that the only way he can survive in his own skin is to obsess on what he obsesses on. And when he's obsessing he doesn't have to think or deal with his problems. It's a form of escape. And I know that's true for me, that there have been times in my life where I've suffered from, jeez, identity crisis, self-loathing, poor self-esteem, and I felt that stuff to such a degree that I needed to escape, and I would escape by obsessing on things like alcohol.

When I was talking to Todd [Field], it became really apparent early on that the most important aspect of Ronnie was his relationship with his mom. That's where I really started to then look inward. And that's where I found so much of Ronnie in my own life. It's been very painful and cathartic, or painful but cathartic. I focused on my relationship with my mom. During the shooting I would call my mom, so that I could just revel in that relationship. Moms are amazing -- I just got this message from her. I guess she had seen some of the stuff that came out on TV recently, like "The View" and "Nightline," and she was just calling to say, "Listen, you don't have to call me back. I'm really excited -- you're doing so good. And I just wanted to make sure you're eating right and that you're taking care of yourself." You know, who does that but your mom?

In a practical sense, when I was on the set what I did was -- my dad died about eight years ago. We were close, and you can imagine losing him. It was tough -- I had his picture on an iPod and throughout the making of this film I just kind of talked to him.

How excited are you about the Oscars?

There are no words to describe how amazing, how surreal, how unbelievable this is. It's kind of like being 5 years old and you come down to the Christmas tree and just the most incredible gifts ever are under there. And the elation and the excitement of those gifts being there and the elation and excitement of getting to play with them for a while. For me, and where I've been and what I've experienced, it's all the more sweet. There is a sense of validation.

There were periods of time where I started to think, "It's been a while, should I try to get back into movies?" But it was so daunting and seemed so overwhelming, like to even get out and really even try to stir it up seemed like such an uphill battle that I never did anything. It just seemed impossible. So now, this is kind of the most amazing scenario in my life.

If your Hollywood success were to end again, would you be OK with that?

What I'd like to say is, "Yeah, I'm gonna be fine." But the reality is: Yeah, I'm gonna be fine, but it'll sting and I'll have more work to do emotionally. Prior to this showbiz stuff rekindling, there was plenty of stuff in my life to be grateful for. But sometimes it just takes a little while to get to the place where you can accept what isn't, so you can be grateful for what is.