There are at least 23 things wrong with this dunderheaded semi-psychological thriller -- Jim Carrey's only one of them. 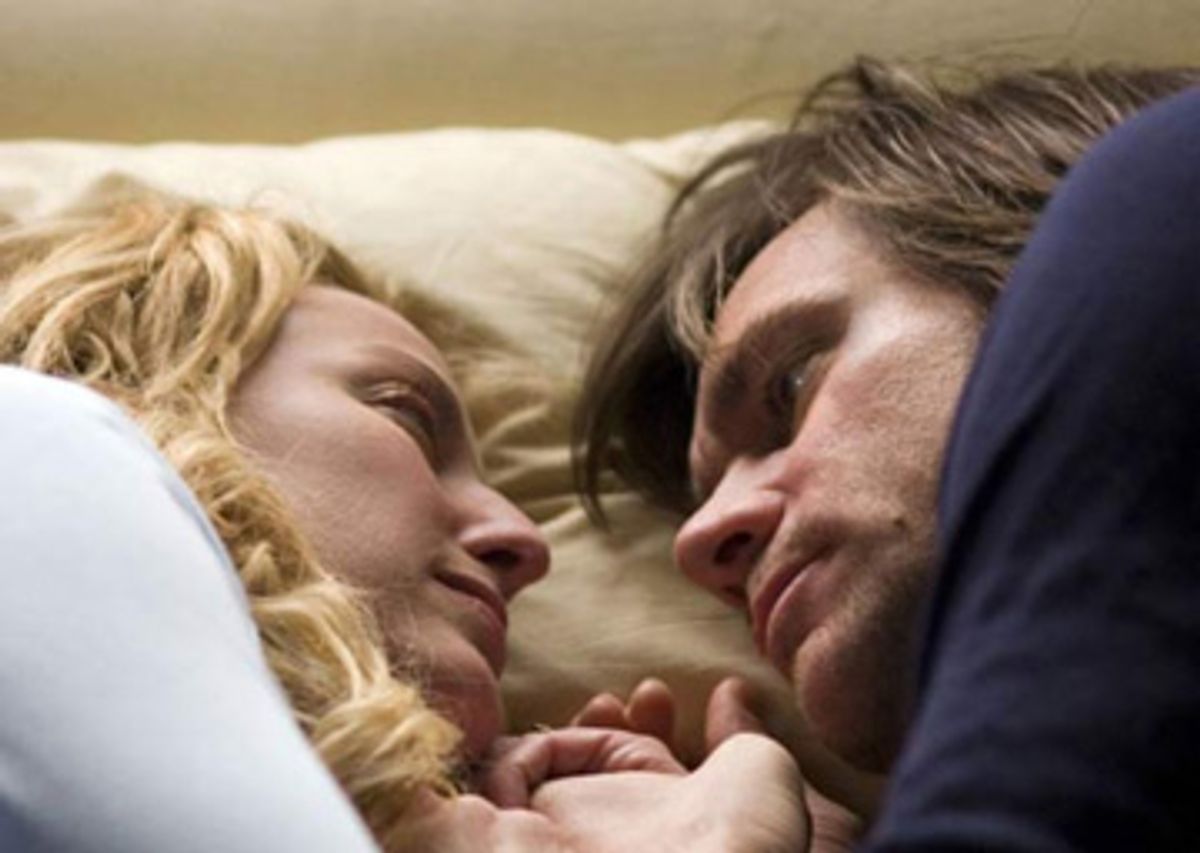 Let's cut to the chase: Movies don't get much more dunderheaded than Joel Schumacher's semi-psychological thriller "The Number 23," in which Jim Carrey plays Walter Sparrow, an animal-control officer whose life is changed forever when his wife, professional cake-baker Agatha (Virginia Madsen) gives him a little red novel she has found in a used-book store. The book, whose title is -- gasp! -- "The Number 23," is by some fellow named Topsy Kretts, and, by golly, once Walter starts reading this book (it's so compelling, he can't put it down) the coinkydinks in his life do start growing like topsy. He realizes that the number 23 is his destiny: His birthday is Feb. 3 (that's 2/3 -- get it?). As he stares out from a second-story window, watching a car pull out of a parking lot below, he can't help noticing that the space it formerly occupied is marked 23. He passes a neon-lit "23" on a city street. "The Number 23" is a veritable 23-car pileup of 23s. What can they all possibly mean?

The answer is pretty much zilch. I fear audiences have come to expect less than nothing from thrillers these days, settling for a few suspenseful moments strung together and capped with a modest surprise or two. But "The Number 23" doesn't offer even those meager pleasures, adding up to what seems like a supreme act of arrogance: It's as if Schumacher and the screenwriter, Fernley Phillips (which is almost as flossy a name as Topsy Kretts), don't expect audiences to be smart enough to care about the 230 or so loose ends they leave dangling from the movie's slapdash conclusion. You're likely to have a million unanswered questions by the end of "The Number 23," or maybe just 23 -- but even that's too many.

"The Number 23" is one of those so-called brainteaser movies that's actually brain-numbingly simplistic. Walter becomes so engrossed in his new book that he begins to see many similarities between himself and the protagonist, a detective named Fingerling -- after the potato, perhaps -- who is also played by Carrey. The narrative shifts between the Sparrows' settled, normal, suburban life (they have a teenage son, played by Logan Lerman, who has been given the deeply unfortunate name Robin Sparrow) and the gritty noir drama Fingerling lives out on the page: Walter is skinny and a bit nerdy, with a slow, steady smile. Fingerling is buff, his shoulders covered with menacing-looking tribal tattoos, and he has a raven-haired moll, also played by Madsen, named Fabrizia (not to be confused with that stuff you spray on "pet areas" to keep them odor-free).

You don't need to be a genius to guess that as the gap between Walter and Fingerling narrows, the margin between sanity and madness also begins to shrink. What a tangled web these clever filmmakers weave! The picture drags its way toward the absurdly implausible conclusion in belabored baby steps. When the movie isn't completely dull, it's aggressively arty: Schumacher even rips off the circular pan used by Michel Gondry in "Eternal Sunshine of the Spotless Mind," in which a seamless camera movement captures Carrey in different parts of a room. The lift would be bold enough even if the scene featured a different actor; as it is, it's shameless.

Not even the actors offer much of a distraction from the mess around them. Carrey does a lot of squinting and grimacing as his character tries to figure stuff out: He might as well be scrutinizing himself in the bathroom mirror for traces of gingivitis. And Madsen is lovely to look at, but not even this terrific actress can survive dorky psychobabble lines like "We're all broken!" The most interesting character here is an animal, a sturdy-looking white and black bulldog, who appears throughout the movie, angel style, to speak the truth -- silently. In this load of mind-bendy bushwa, he's the only thing worth watching, or listening to.