The imaginative world of an alternative London created by China Mieville just may take adults back to their slack-jawed, book-drunk days of youth. 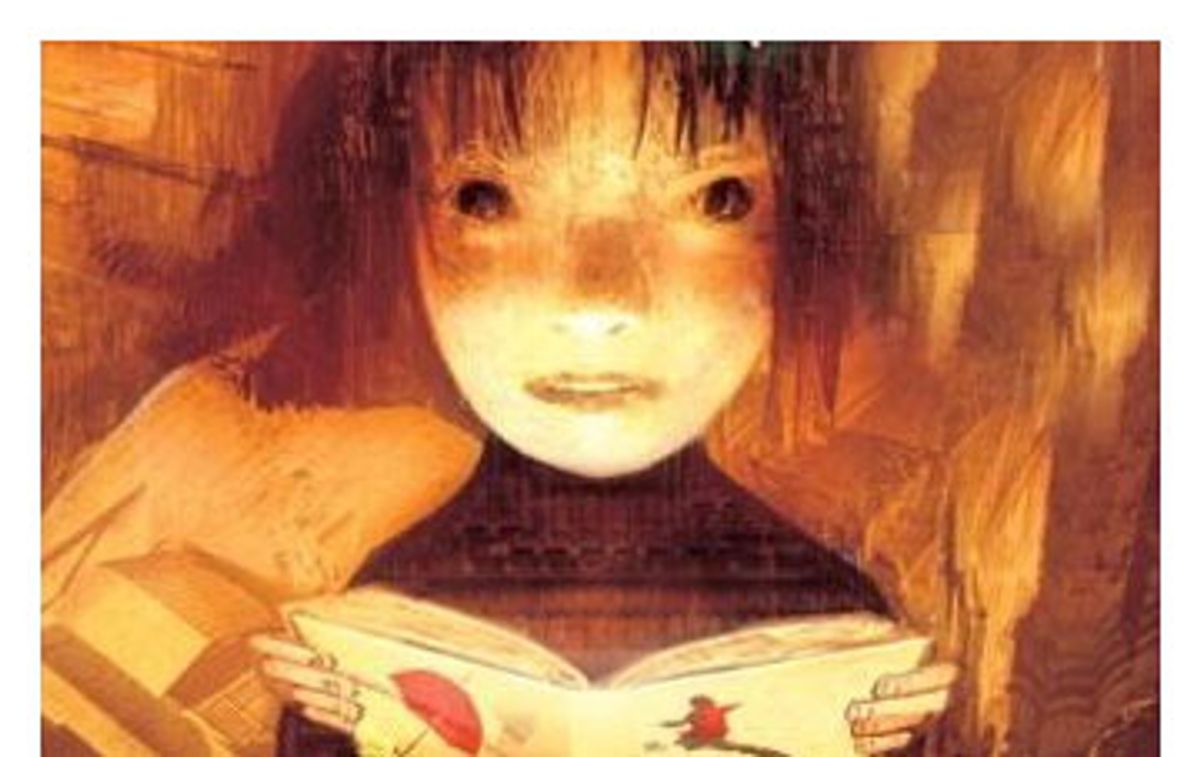 China Miéville has been a darling of the literary science fiction and fantasy scene for a decade, but until recently, I'd never been able to get past the first chapter or so of the books I've tried. Miéville's self-consciously baroque prose style seemed half-baked, and the ooh-I'm-dark gore and sadism felt callow. Yet Miéville clearly had something -- a hyperabundant imagination and a knack for creating dramatic tension without resorting to exhausted genre clichés -- and that kept me coming back for more, hoping that the next time around he might have dispensed with the superfluous pose-striking.

Writing children's fiction brings out the best in a certain kind of overfertile imagination; Neil Gaiman's pristine "Coraline" is by far his most perfectly realized and beautifully written book. Likewise, with "Un Lun Dun" -- a sooty, street-smart hybrid of "Alice in Wonderland," "The Wizard of Oz" and "The Phantom Tollbooth" -- Miéville's talents have been brought into focus under the restrictions of the form. "Un Lun Dun" is not only sleek of line and endlessly (but not needlessly) inventive, it also offers a nimble, undidactic antidote to all the dubious clichés of the genre. Sick of seemingly insignificant characters who discover they have a secret identity and a momentous destiny? Tired of stories that hinge on cryptic prophecies and the retrieval of magical talismans? Miéville dares to insist that nerve, heart and determination is all a hero(ine) really needs.

"Un Lun Dun" begins as the story of two 12-year-old friends, Zanna and Deeba, who live in a London housing project. Zanna has lately become the object of strange tributes -- animals that study her worshipfully, graffiti that sings her praises, bus drivers who approach her in cafes saying, "Just very exciting to meet you!" So when the two girls spot what appears to be a broken but animated umbrella trying to climb up Zanna's window sill, they give chase. The umbrella leads them to an alternate London -- an "abcity," as the residents call it -- furnished by all the cast-off junk of the original London. (Other abcities include Lost Angeles, No York and Parisn't.) UnLondon isn't a benign junkyard -- the first thing the girls encounter is a roving gang of menacing garbage -- but it has its shabby consolations; Deeba acquires a pet milk carton (she names it Curdle) that proves to be as affectionate and devoted as any pooch.

The inhabitants of UnLondon believe that Zanna is the Shwazzy, destined to save the abcity in its hour of need. That hour is fast approaching, since all the smog and smoke that has lately been removed from London has found its way to UnLondon, where it has acquired a malevolent intelligence and dreams of conquest. The intellectuals of the abcity -- a team of bureaucrats called the Propheseers -- have a talking book that contains an assortment of enigmatic clues purporting to describe how the Shwazzy will defeat the Smog, but Zanna and Deeba find the whole notion pretty dubious. They just want to go home.

Thus begins a quest through a city constructed out of surreal imagery and wordplay. The Propheseers are protected by a crack martial arts team of garbage bins with arms and legs -- the binjas. In one neighborhood of UnLondon, the houses move around like the tiles in a slider puzzle. Tall windowless skyscrapers reveal themselves to be gigantic chests of drawers that open in the evening to give the abcity's birds a place to sleep. Buildings are shaped like top hats or clenched fists or made entirely of broken televisions sets. In the part of town corresponding to the government district of London, a tyrannical king rules over all the odd little creatures that pop out of his mouth every time he pronounces a word. Terrifying black windows haunt the premises of Webminster Abbey. An ordinary row house has a jungle inside it, and the visitors have to hire a famous explorer -- he's either a man with a bird cage instead of a head, or he's the little bird inside the cage -- to guide them through it. We learn the awful truth of the saying "In UnLondon, giraffes aren't cute."

All this might have seemed like much of a muchness, but Miéville has more in mind than just showing off how many weird creatures he can think up. In most novels like this, the author would put a family member or a close friend in jeopardy in order to spur the main character to action; Miéville gives his heroine a wider and bolder conscience. He trains a healthy skepticism on those familiar and inherently conservative fantasy tropes about people who are born special and the need to slavishly follow ancient texts and rituals. "Un Lun Dun" is a novel you can safely give to young readers without fear that they will come back wanting to enroll in a boarding school, take up the broadsword or join the Church of England.

The authors of children's books have always had remarkable leeway when it comes to echoing the classics. Sometimes the results are merely derivative, but in this case the allusions to Carroll and Baum and Norton Juster and Gaiman only highlight how original "Un Lun Dun" feels. It hardly seems possible I didn't read this novel and love it at age 12, it brought back so vividly the long, book-drunk days of my late childhood. Like the best children's fiction, "Un Lun Dun" seems to have always been there, waiting to be discovered. Finding it as a grown-up may not be the optimum way to stumble into UnLondon, but it's pretty miraculous all the same.