Bruce Sterling says we only have 10 years -- let's make the most of them! 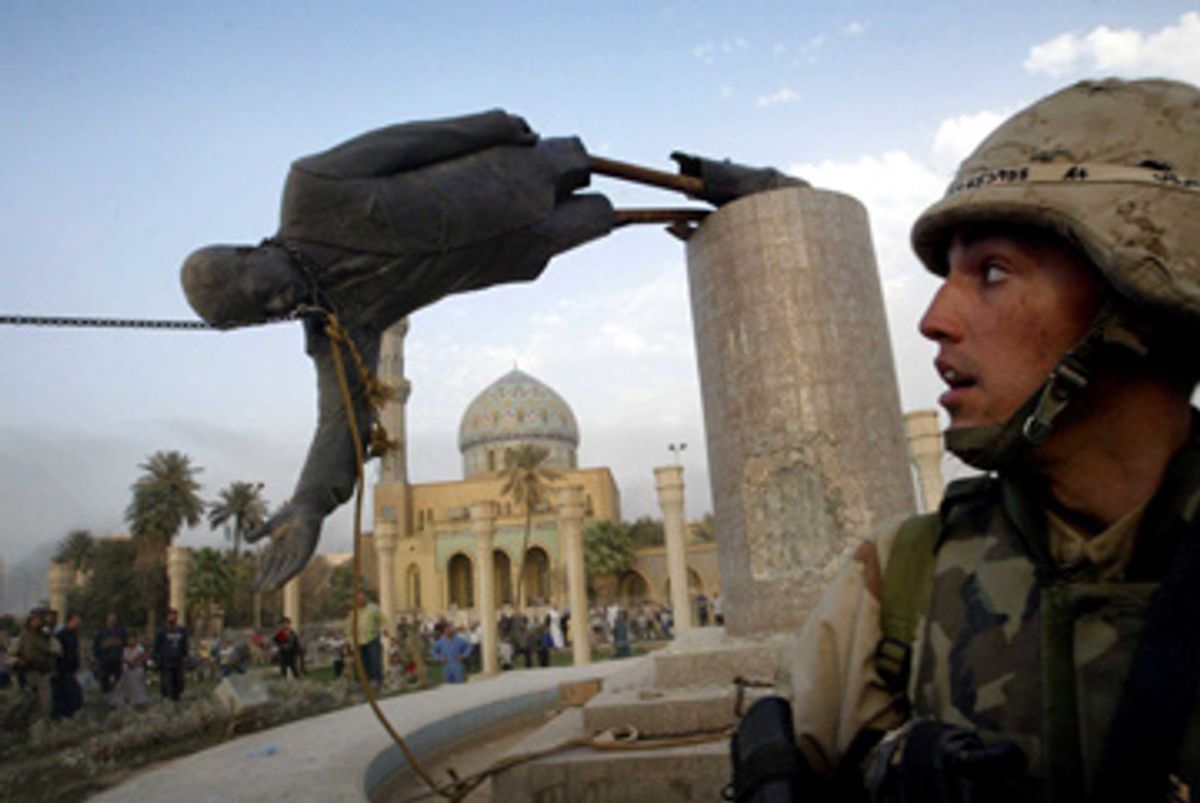 I've wanted my own blog since Salon started War Room in early 2004. But I had one big fear: If I started a blog, would I ever find the time to write longer features, pieces that require thinking and rewriting and even, gasp, reporting?

But it's time to face the facts: Since I became editor of Salon, I'm not writing longer features or doing much reporting. (Here's my directory page if you have any doubts.) It seems like all I have the time for is writing in blog-size chunks. I've come to the realization that a blog works for me; now my goal is to make sure it works for you.

Just as I was making peace with my decision, I had to face one last fear: Will blogging be officially "over" just when I decide to start a blog? Bruce Sterling scared the hell out of me at South by Southwest 2007 (yes, I'm afraid of that, too: South by Southwest will be officially "over" by the time I decide it's a really great, cutting-edge conference/beer bash worth scheduling my March around) when he predicted that in 10 years, nobody will be talking about blogging anymore.

To a futurist like Sterling, 10 years is practically today. After an initial gasp, my reaction was: OK, that gives me 10 years. But Sterling sounded an alarm about something else more worrisome: How do we make sure the things we're creating in this new media revolution aren't just new and shiny and fast and different (and come with a little multimedia and some social networking) but also, um, good? He played off Technorati's slogan "55 million blogs ... some of them have to be good" and concluded, "Well, no, actually. They don't." (Or something like that; since I didn't have a blog, I wasn't live-blogging his talk or taking notes.)

But we know some blogs are good, and my goal is to make sure mine is one of them. For now, blogs are a tool. When we invent a better tool, they'll be eclipsed. Of course they're perfect for Web publishing, where everything we do is a first draft; they're perfect for our sped-up news cycle as well (although the expectation that we can keep up with the crushing pace of news 24/7 via blogs has probably accelerated the cycle, and I'll say more about that over the coming months.) Every once in a while, someone will set Salon up in opposition to the blogosphere, but I think it's a false split. We started some great blogs of our own -- War Room, Broadsheet, Video Dog, How the World Works -- we added blogosphere originals Peter Daou, Steve Benen and Glenn Greenwald, and some of my favorite bloggers -- Joshua Micah Marshall, Andrew Sullivan and Arianna Huffington -- used to be Salon columnists and frequent contributors.

But this won't be a blog about blogging. It's just a coincidence I'm launching on the fourth anniversary of the Iraq war, but it's a useful coincidence. I wish I'd had a blog all these years to keep track of the Bush administration's steady descent into scary and dangerous incompetence, from Baghdad to Washington, D.C. More than any other issue, the Iraq war demands daily vigilance, to unravel Republican spin and Democratic waffling and to keep both parties' feet to the fire fighting the Bush escalation and pushing for an exit strategy. I'm also happy to be launching at the start of the most wide-open presidential election in my lifetime, and while Salon won't take any official position on the race, I'll have a lot to say about the contenders in both parties in the weeks and months to come.

And occasionally this blog will be about Salon -- changes, new features, controversies, clarifications, apologies, some kvelling. If I'd had a blog, I'd have been on it Feb. 18, the day the Washington Post began its series on poor outpatient treatment at Walter Reed Army Medical Center, reminding you that you read about the scandal first in Mark Benjamin's great reporting on Salon. Today I can use the blog to introduce the first three episodes of "Hometown Baghdad," an amazing Web documentary following the daily lives of three young Iraqis.

Maybe most interesting, blogs foster a two-way conversation that I'm looking forward to, and I trust our amazing readers to do their part. Let me know what you think in my comments section.