A television version of Ira Glass' beloved radio program "This American Life" could have been deadly. But the new Showtime series is as lively and vibrant as the original. 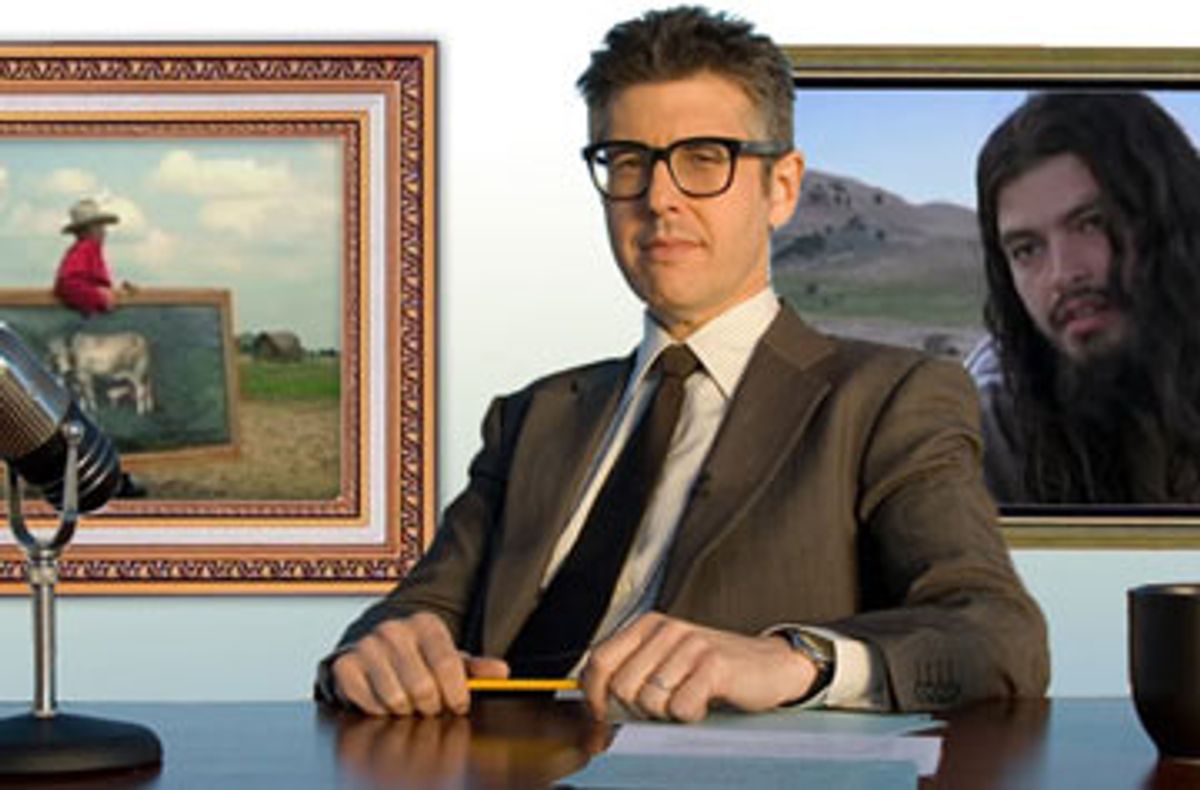 Can a TV series be beautiful? Can it tell meandering stories about real people with humor and thoughtfulness, instead of flattening them into stereotypes and then siccing them on each other? Can it be visually stunning without feeling too rambling or pretentious?

These are the questions Ira Glass and the other producers at the radio show "This American Life" seemed to ask themselves when they were confronted, once again, with the prospect of transforming their much-loved program into a TV show. They had tried to walk down this path before, but ultimately refused to compromise or sacrifice something essential about their show, which, after all, had been on the air for 15 years, heard by 1.7 million listeners on more than 500 stations. Why mess with a good thing?

Eventually, though, Showtime came calling, and left the creative decisions up to them. Teaming up with director Chris Wilcha and cinematographer Adam Beckman, host/executive producer Glass and his team did something basically unthinkable: They translated a vibrant, lively radio show into a vibrant, lively TV show. "This American Life" (premieres 10:30 p.m. on Thursday, March 22, on Showtime) features the same rich, rambling storytelling that makes the radio show so hypnotic, but it's enhanced by cinematography that's lovely and artful without distracting from the story lines or the tone of the show.

That's a pretty tall order, particularly when you consider what Glass and his cohorts were up against. For longtime fans of the show, the mere sight of Glass' bespectacled face on the screen might feel bewildering. It certainly did for Glass himself, who confessed to Terry Gross on her radio show, "Fresh Air," that "That was a huge fight -- figuring out what would be more disappointing, seeing me or not seeing me." He also admitted that the endless takes and self-consciousness-inducing direction of TV made him nervous: "I feel like a faker when I'm doing it." Even so, Glass sounds like himself, with the same slightly whiny, thoughtful, occasionally smug voice that has become such a trademark of his show. And thankfully, we don't see him reacting to interviews like Barbara Walters or gesturing madly like Anderson Cooper. He appears behind a desk placed in random outdoor spaces -- in a parking garage, on a roadside, beside a mountain -- but merely to introduce the theme for each episode.

Another smart choice was to select stories that would be enhanced very naturally with images, some of them stories that aired on the radio show more than a decade ago. In the first episode, we meet a beloved bull named Chance that was cloned by its owners, and when we hear about how Chance was tame enough to lie around, untethered, in the front yard "like Ferdinand," we're treated to lovely footage of an enormous white bull, lounging on the grass under a tree. In the fourth episode, we meet a young painter in Utah who enlists men with beards to pose for his biblical scenes, and we watch as the men, who range from local rebellious types to homeless men, hold difficult poses as the painter and his crew take photographs of them. Not only is it impossible to imagine experiencing this visually transfixing story on the radio, but the various digressions of the story (we meet the Marxist grad student who poses as Jesus, then spend time with his former Mormon, now atheist, girlfriend, who strongly disapproves of the whole Jesus thing) somehow make perfect sense on TV.

Other episodes offer stories that could only exist on the small screen. The third show features footage G.J. Echternkamp shot of his mother and the stepfather he always hated, interspersed with close-ups of the filmmaker being interviewed by Glass. Asked why he started filming his family, Echternkamp answers, "I think when I first started doing it, my goal was to make something I could put online that would humiliate my stepfather and make my friends laugh." But the filmmaker's perspective evolved into something more complicated and more forgiving, an evolution that's demonstrated, with intelligence and wit, through a series of narrative threads and clips from the filmmaker's interview. While Glass spoke at length about the intimacy of radio in his interview with Gross, it's hard to imagine anything more intimate than the footage we see of Echternkamp's stepfather in his underwear, slurping milk from a bowl of cereal. What's most impressive, though, is the filmmaker's sense of humor about his parents, both of whom seem hopelessly reckless and self-involved. After filming several minutes of his parents bickering, Echternkamp says, "You guys are solid gold, do you know that?" They stop and turn to him. "What does that mean?" they ask in unison.

For all of its wise choices, the TV version of "This American Life" naturally shares some of the flaws of the radio show. At the end of any story's arc, no matter how odd or dark, you can feel it veering determinedly into the realm of poignancy and insights into the human condition. "What does it all mean?" Glass asks us, over and over, in his choppy, almost willfully dorky cadence. One short narrative, featuring animation by Chris Ware, starts with a bunch of kids making fake TV cameras, and ends with melodramatic conclusions that feel more than a little exaggerated for the sake of the story: "The camera really changed the way we behaved," the narrator laments. "It still really disturbs me. We lost our humanity!"

Straining to find meaning and big messages in ordinary lives can hardly be considered a bad thing, though, particularly on TV. If this pursuit occasionally results in clunky insights or slightly trumped-up conclusions, the same can be said for any ambitious narrative that aims to draw something divine from the mundane. In the end, "This American Life" gracefully manages a very difficult tightrope walk. The show's tone is smart and clever and knowing without feeling overly snide or unkind to its subjects; the images that flash before our eyes are breathtaking and bold without distracting from the stories being told.

No surprise, then, that by the end of four half-hour episodes (there are six altogether), I found myself wishing that each episode was an hour long, and that there were more of them. Like the radio show, what "This American Life" does best is give real people the time and space to tell their stories in their own voices. No matter how hip or precious the producers of this show can be at times, you can tell that they have a strong affection for regular human beings, and they're very good at isolating those little moments when each person's original, interesting personality comes to light. While most reality shows reduce their subjects down to weaknesses and low moments, it's remarkable to watch the work of producers and editors who are tireless in their search for that small window that gives us a way to connect, understand or appreciate a person from afar. By offering an artful expression of love for ordinary people, "This American Life" gives us a glimpse of how beautiful TV can be, in the right hands.