How Congress can end the war without hurting the troops

Sen. Reid and I are introducing a bill that would require President Bush to begin redeployment and effectively end our military mission in Iraq by March 31, 2008. 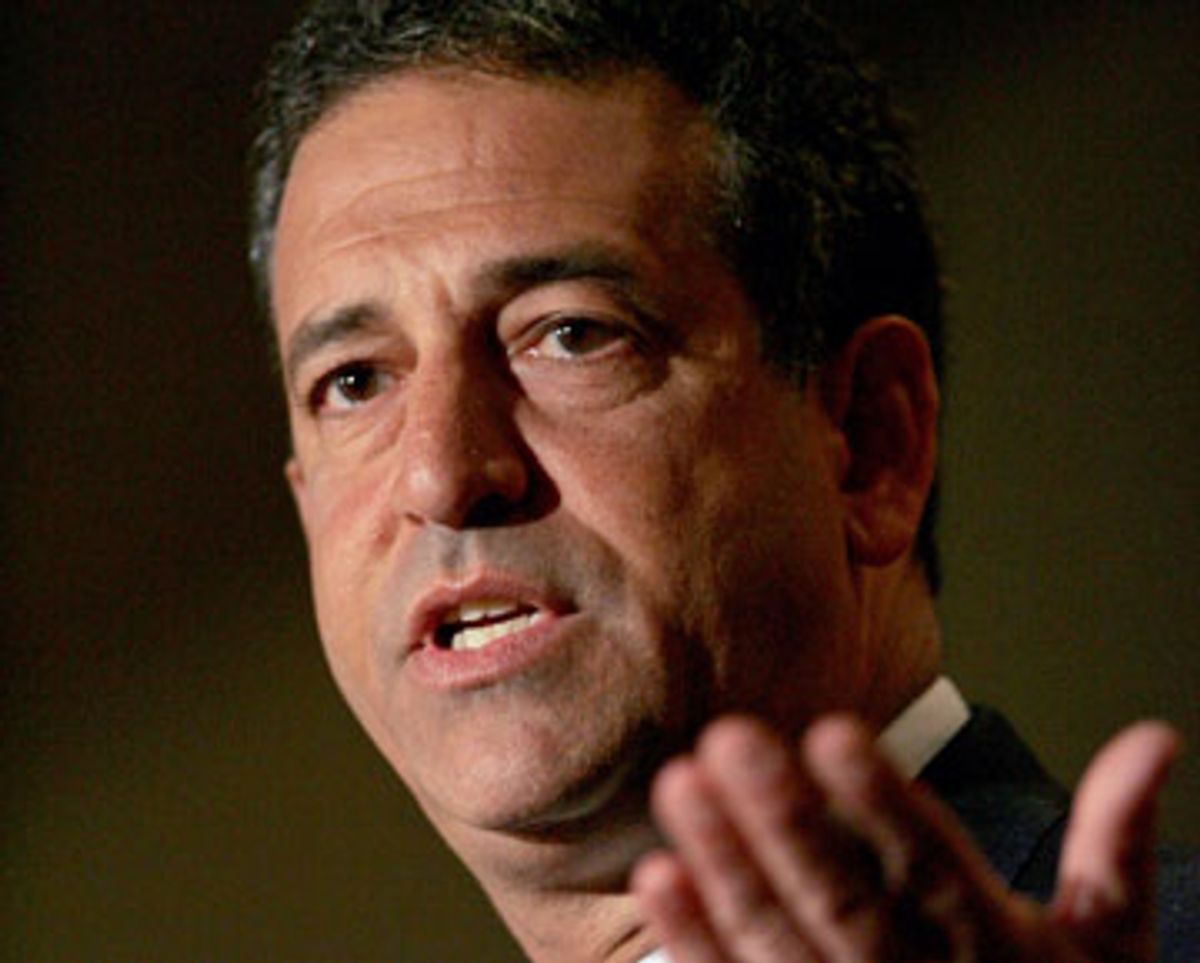 Many Americans remember the tragic deaths of U.S. troops in Somalia in the early 1990s, vividly portrayed in the movie "Blackhawk Down." Those 18 service members died in a misguided, poorly defined military mission that had dragged on without an end date and without the support of the American people.

As Congress debates the war in Iraq, the congressional debate over Somalia 14 years ago has some surprising parallels. Without question, Somalia in 1993 differs in many ways from Iraq in 2007, from the scope of the mission to the reason for that mission in the first place. What hasn't changed, however, is Congress' constitutional power to end a military mission, and its ability to use that power without endangering the safety of our brave troops.

That is exactly what Senate Majority Leader Harry Reid and I propose to do with legislation we will introduce when the Senate reconvenes next week. Our bill would require the president to begin safely redeploying U.S. troops out of Iraq in 120 days, with redeployment to be completed by March 31, 2008. After March, funding for the war in Iraq would be cut off, with three narrow exceptions -- targeted counterterrorism operations, protection of U.S. personnel and infrastructure, and training and equipping Iraqi forces. In other words, the current military mission in Iraq would be effectively ended. Sen. Reid has said he will work to make sure the Senate votes on our bill by the end of May.

Since President Bush has made it painfully clear that he has no intention of fixing his failed Iraq policy, it is no longer a question of if Congress will end this war; it is a question of when. The Feingold-Reid bill may be attacked by those who support this misguided war. But for many members of Congress, what they say and do now about Iraq flies in the face of what they said and did in 1993 regarding Somalia.

Today, some supporters of the Iraq war suggest falsely that efforts to cut funding for the war are a threat to our troops in the field. But in 1993, senators overwhelmingly supported successful efforts to cut off funding for a flawed military mission. Defenders of the Iraq war pretend that cutting off funds for the war is the same as cutting off funds for the troops, and raise the specter of troops being left on the battlefield without the training, equipment and resources they need. Every member of Congress agrees that we must continue to support our troops and give them the resources and support they need. And every member of Congress should know that we can do that while at the same time ending funding for a failed military mission. That was clearly understood in October 1993, when 76 senators voted for an amendment, offered by Sen. Robert Byrd of West Virginia, to end funding for the military mission in Somalia effective March 31, 1994, with limited exceptions.

None of those 76 senators, who include the current Republican leader and whip, acted to jeopardize the safety and security of U.S. troops in Somalia. All of them recognized that Congress had the power and the responsibility to bring our military operations in Somalia to a close, by establishing a date after which funds would be terminated.

The same day that the Senate voted on the Byrd amendment, 38 senators -- myself included -- supported an even stronger effort to end funding for Somalia operations. The amendment offered by Sen. John McCain on Oct. 15, 1993, would have eliminated funding for operations in Somalia immediately, except for funds for withdrawing troops or for continuing operations if any American POWs/MIAs were not accounted for. The mostly Republican senators who supported the McCain amendment were not disregarding the safety of our troops, or being indifferent to their need for guns, ammunition, food and clothing. They were supporting an appropriate, safe, responsible proposal to use Congress' power of the purse to bring an ill-conceived military mission to a close without in any way harming our troops.

Then as now, by setting a date after which funding for a military mission will be terminated, Congress can safely bring our troops out of harm's way. As Sen. Orrin Hatch said at the time, "The McCain amendment provides the president with the flexibility needed to bring our forces home with honor and without endangering the safety of American troops."

The debate about the Iraq war is the most important, and the most difficult, issue we face as a country. Any American, including any member of Congress, is entitled to support or oppose Congress' using its constitutional power to end our involvement in this disastrous war. But, in contrast to the 1993 debate about Somalia, today some wrongly suggest that ending funding for the Iraq war is tantamount to ending funding for the troops. That misleading argument makes it harder to have the thoughtful, responsible debate about the war that Congress and the American people so badly need.

Now is no time for phony arguments against ending funding for the Iraq war. There may be big differences between the military missions in Somalia and Iraq, but Congress' constitutional power to end a military mission hasn't changed, and neither has the fact that this power can be used without jeopardizing the safety of U.S. troops. As Congress debates Iraq -- and considers the new Feingold-Reid legislation -- we should remember Somalia, put false arguments aside, and have an open, honest debate about a war that drags on with no end in sight.