The Internet explodes: Just what does the nationality of Cho Seung-hui signify? 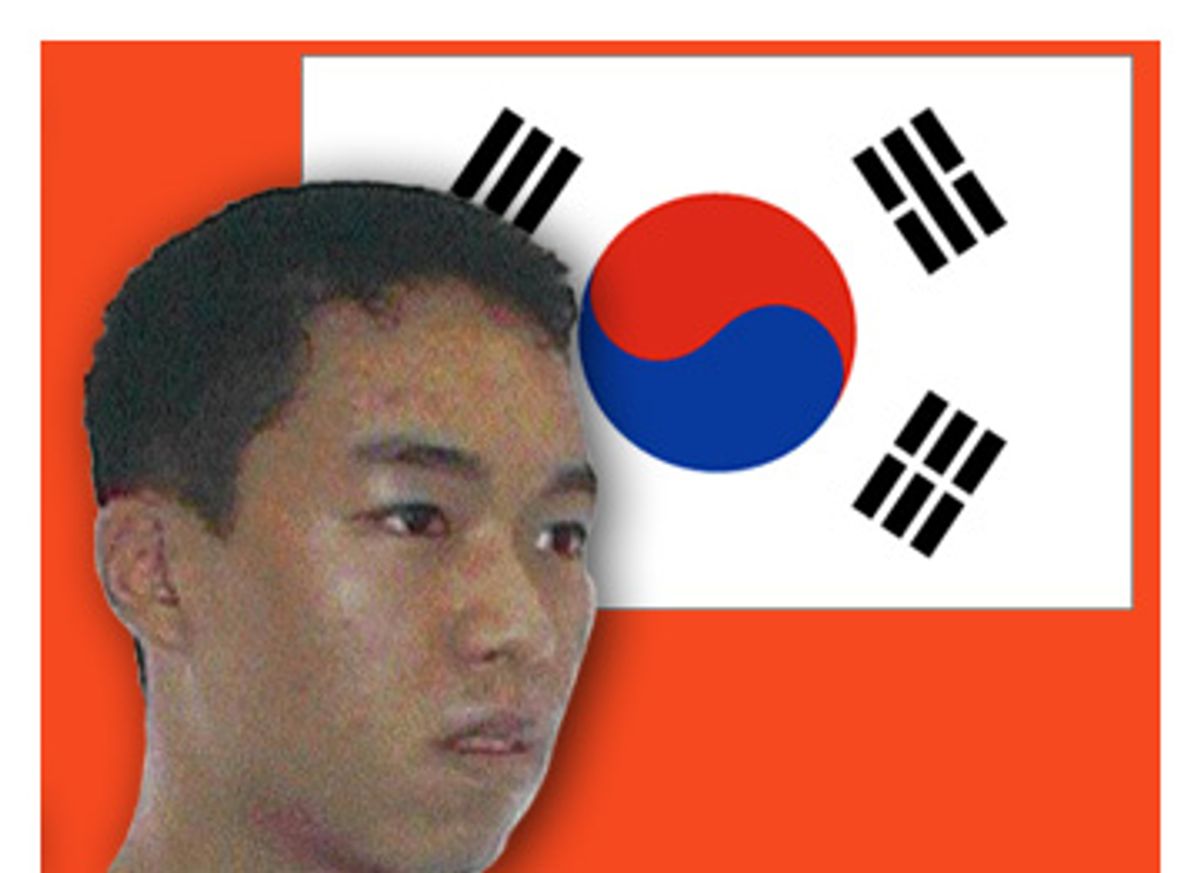 Conservative commentator Debbie Schlussel's first reaction to the news that an "Asian" was responsible for the Virginia Tech massacre was to declare that a "Paki" was likely responsible. After being confronted with irrefutable evidence of her nearly criminal idiocy, she amended her analysis: "Even if it does not turn out that the shooter is Muslim, this is a demonstration to Muslim jihadists all over that it is extremely easy to shoot and kill multiple American college students."

Schlussel's racism, albeit appalling, is also instructional. Individual prejudices inform our comprehension of any new tragedy much faster than facts. For most of the American punditocracy, the Virginia Tech shootings have ignited an instananeous flare-up of the always smoldering gun-control/right-to-keep-and-bear-arms ideological brushfire. But if Schlussel could jump even farther -- to the immediate assumption that the shootings were a manifestation of jihad, imagine what the reaction has been in the Korean neighborhood of the Internet.

Robert Koehler's excellent Korea-focused blog, the Marmot's Hole offers a way in. There, you can learn that the Korean government is worried what the news will mean for Korea's international reputation, and whether the killings will cast a pall on the almost signed-sealed-and-delivered Korean-U.S. free-trade agreement. In Koehler's comments area and on other English-language Korea-focused blogs, the battle is already raging over the truth-or-racism quotient of a stereotype that holds that Korean males are excessively prone to violent jealous rages. One blogger, demonstrating with embarrassing panache exactly why some people should not be given the keys to the Internet, has even declared that the calm efficiency with which Cho Seung-hui murdered so many people "immediately suggested someone with a level of rigorous military training that only South Korean males can generally be expected to have."

Facts are useful in such situations: CNN is reporting that the 23-year-old Cho came to the United States in 1992. He would have been 8 years old. One wonders exactly how much military training he had received by that point.

Another fact provided by the Marmot's Hole: According to one report, Korea has more students studying abroad in the U.S. than any other country: 100,000. Debbie Schlussel thinks that the foreign residency of Cho Seung-hui is "yet another reason to stop letting in so many foreign students." But 99.999 percent of those 100,000 Koreans somehow managed not to engage in mass killing sprees. My advice to the Korean blogosphere -- despite all the cultural hypothesizing that is about to swarm the mediasphere -- is to strive to stay calm. Jealous rage knows no borders.