I don't know what happened, but I know it wasn't improper

The attorney general explains it all for you. 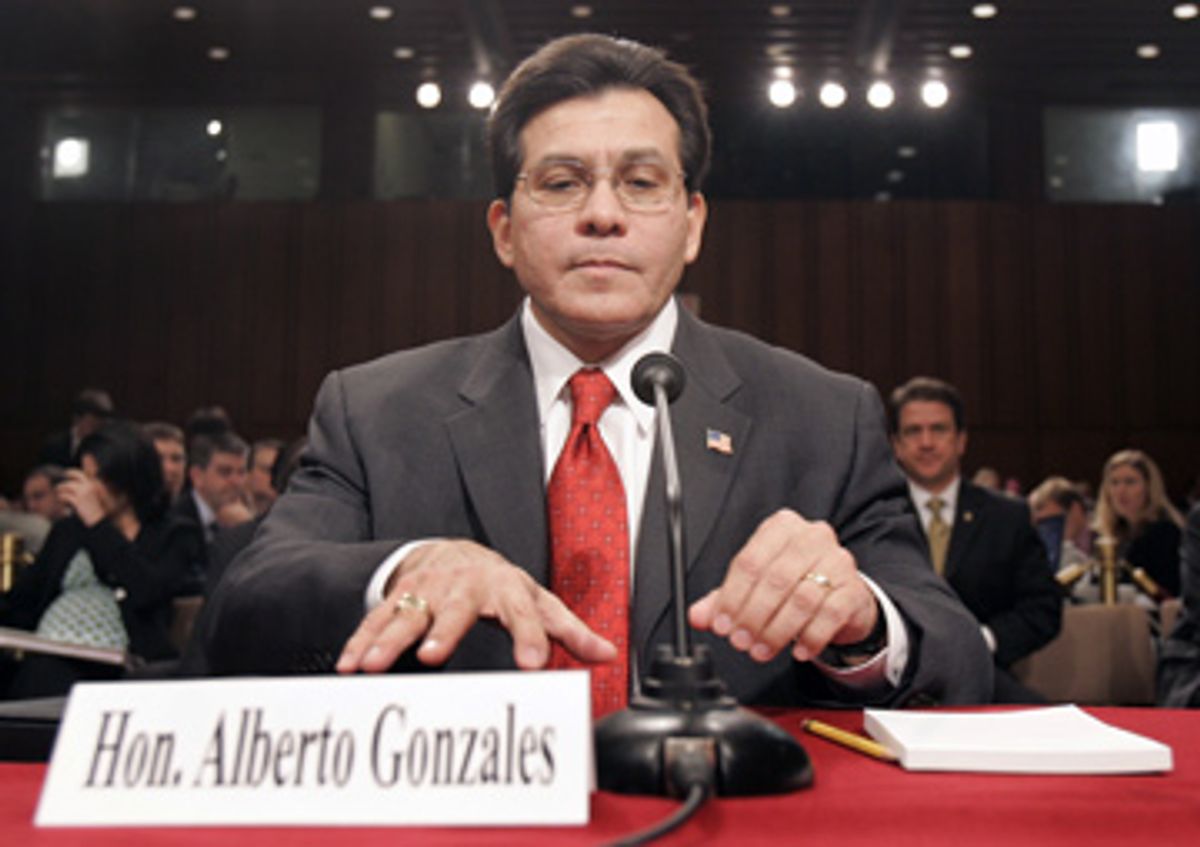 As he began his testimony before the Senate Judiciary Committee this morning, Alberto Gonzales said that he "firmly" believes that "nothing improper" occurred in the firing of eight U.S. attorneys last year. But under questioning from Democratic Sen. Herb Kohl, Gonzales is now suggesting -- again -- that he doesn't actually know what happened in the course of the purge. "I've tried to reassure the American public that I'm determined to get to the bottom of this," he said. "Let's find out what happened here."