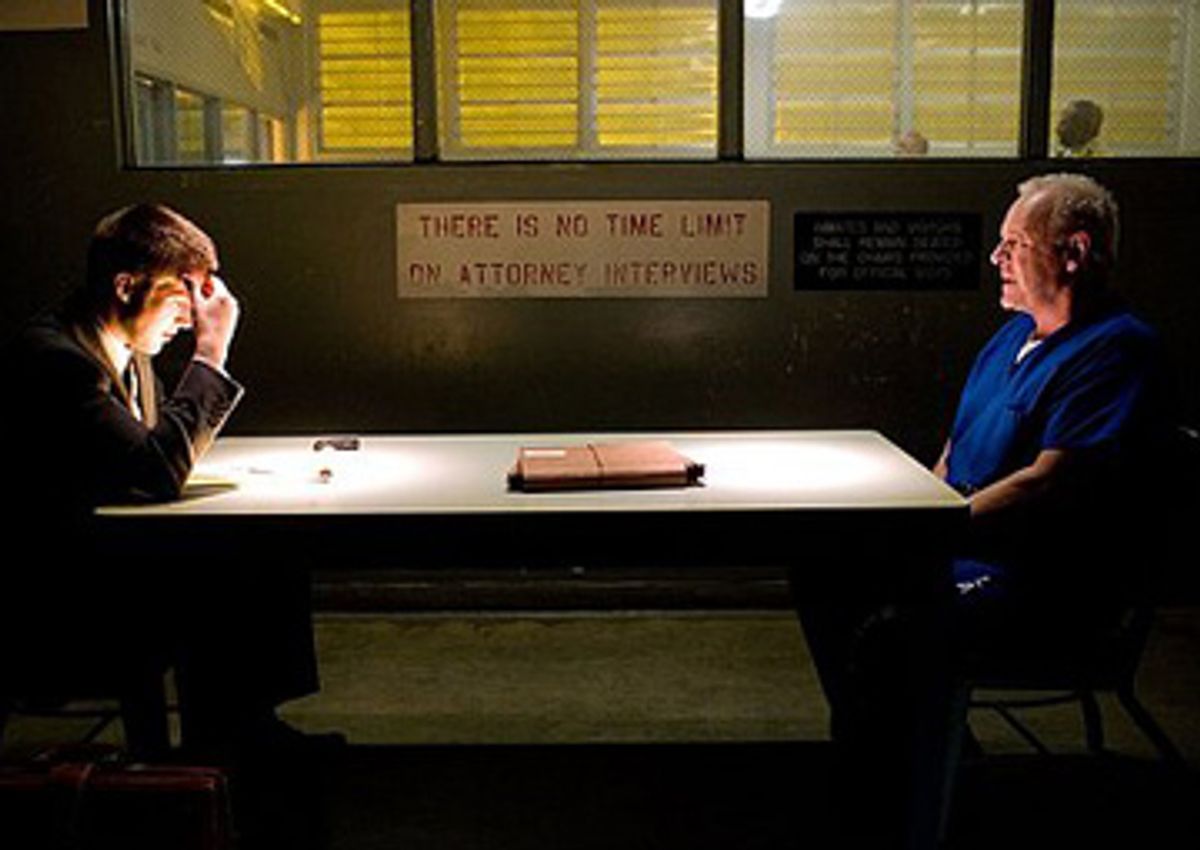 Adult moviegoers and many critics, myself included, often express a longing for smart thrillers made expressly for grown-ups, thoughtful, intelligent pictures that put our brains to work instead of just trying to wow us with bullets and brawn. File Gregory Hoblit's "Fracture" in the "Be Careful What You Wish For" category. The picture is clever, somber, quiet: There's just no reason it has to be as deadly boring as it is.

Anthony Hopkins plays glinty-eyed Ted Crawford, your stock brainy cuckoo-clock, a rich, cultured engineer type who, upon having learned his wife (Embeth Davidtz) is cheating on him, blams her with a handgun, then uses the major coconut he lugs around on his shoulders to arrange things so he can't be convicted of the crime. The prosecutor assigned to his case is young hotshot Los Angeles district attorney Willy Beachum (Ryan Gosling), who's just about to leave the public sector for a job at a prestigious, soulless law firm. There, an icy blond goddess, Nikki Gardner (Rosamund Pike), his future boss, waits for him with open arms. They'll make beautiful money together.

Willy becomes more entangled in the case than he'd planned -- and despite his own prodigious smarts, he's played by Crawford like a vintage Stradivarius. What follows is a twisty, turny cat-and-rat game (the script is by Daniel Pyne and Glenn Gers, from a story by Pyne) that should be much more satisfying than it is. Hoblit ("Primal Fear," "Hart's War") tries hard not to hand us any easy answers, to keep us guessing until the end. It's just that the picture puts so much effort into being classy, it simply runs out of juice. After Crawford offs his wife, he examines his reflection, stylishly, in the pool of blood collecting around her head. Dust motes linger in the air, tastefully and a bit ominously. In the courtroom, shafts of sunlight bounce off polished mahogany. Sure, it looks nice, but maybe a little too nice -- even a grown-up thriller can risk a little dirt and grime. (The picture was shot by Kramer Morgenthau.)

Hopkins' performance is dressed up with the usual 1,500-count dust ruffle of trilling consonants and fluted vowels, which sometimes are used to build a believable character, other times only to remind us what a serious actor he is. The single great pleasure of "Fracture" is watching Ryan Gosling run rings around his costar without breaking a sweat. Admittedly, Gosling's acting style is American Casual, next to Hopkins' Formal English: Their disciplines are completely different. But Gosling -- whose laid-back, wound-tight performance in last year's "Half Nelson" seemed to astound nearly everyone who saw it -- is so unforced, and yet so clearly focused, that he's thrilling to watch. His character, a bright, well-mannered Southern kid at heart, is vaguely obnoxious but ultimately likable. And even when you notice specific choices Gosling has made -- like the way Willy holds his fork, as if it were a little shovel, when he eats dinner at Nikki's patrician family home -- you never feel as if these choices are merely acting stunts. They're parts of a character, parts of a person -- a way of being that just happens to have been captured on film. Here, Gosling doesn't so much give a performance as much as simply lean into it. His brand of understatement is one of the most exciting things to happen to mainstream movies in a long time. In "Fracture," he makes you feel alive and awake.