Drew Barrymore and Eric Bana play their cards well in this easygoing charmer about poker and the people who love it. 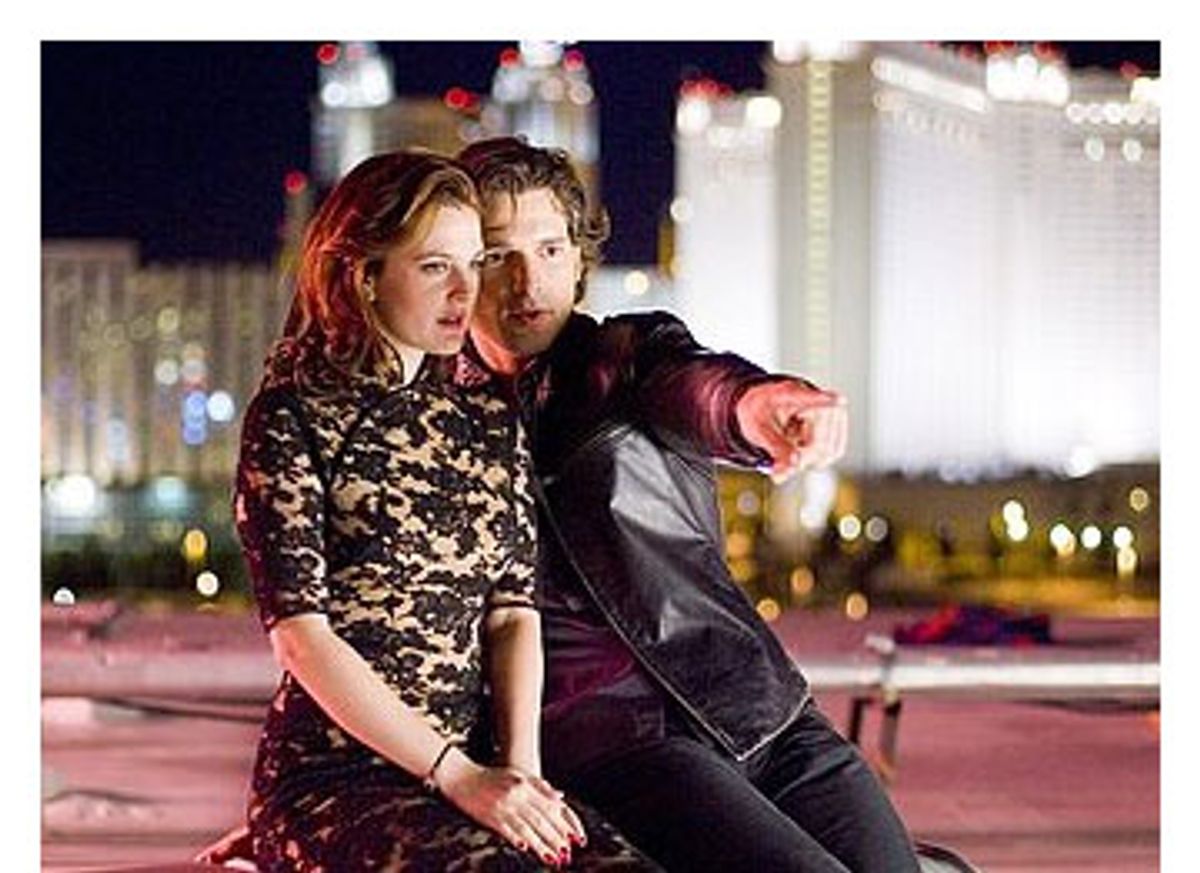 Curtis Hanson's "Lucky You" is such an unassuming, unflashy picture that I fear it's doomed: Eric Bana plays Huck, a talented Las Vegas poker player with an unfortunate tendency to let his emotions get the better of him at the table, particularly when his poker-champ dad, L.C. (Robert Duvall), is staring him down from the other side. Huck meets a young singer, Billie (Drew Barrymore), who just might be able to crack his defenses. But poker players are conditioned to deceive, and it's not long before Huck, a ladies' man who has no interest in settling down, plays Billie as ruthlessly as if she were an opponent. As L.C., who has made his own share of mistakes in the romance department, tells his son, "You've got it backwards. You lead your life like you should play cards, and you play cards like you should lead your life."

"Lucky You" treads no new territory: We're talking about a character with your garden-variety father issues and commitment issues. Barrymore's Billie is the kind of radiant charmer who wants to believe she can soothe the soul of the damaged gambler; naturally, he resists. And when Duvall's L.C. makes his entrance here, striding toward a table at which Bana's Huck is already seated, you can almost see the molecules of resentment dancing in the air between them.

But even if you think you know where "Lucky You" is headed, there's something pleasurable about watching it unfold, maybe chiefly because Hanson isn't trying too hard. The movie, which was written by Hanson and Eric Roth, has an unforced, easygoing vibe. It's less about poker, per se, than it is about connections, and rifts, between people, although Hanson (a poker enthusiast himself) and his cinematographer Peter Deming (whose credits include "Mulholland Drive") also know how to make the sight of a bunch of people sitting around a green table for hours on end cinematically viable. The picture is set in Las Vegas in 2003, just as the poker craze hit big; Hanson employed a host of real-life poker champs, including Jennifer Harman and Jack Binion, to appear in cameo roles and to serve as consultants. The movie's poker sequences -- including the finale, set during the World Series of Poker -- are smart and nicely shaped: Hanson has the good sense to focus on cards and faces, with no fancy cutting necessary.

Hanson is something of a wild-card director, which is one reason I never want to miss any of his movies. As I suffered through his last picture, the brainless low-self-esteem fest "In Her Shoes," I kept reminding myself that this same guy also made the invigorating and fascinating "8 Mile" (not to mention the perceptive and likable "Wonder Boys"). "Lucky You" is another creature entirely, a sharp but affable little picture, and the actors seem to have no trouble finding the right groove.

Robert Downey Jr. appears in a small role as a faux shrink who advises his patients by phone: His five minutes or so of screen time are both funny and heartbreaking, like a miniature movie nestled within the bigger one. Duvall plays L.C. as a cross between a wretched old coot and a guy who, over the years, has learned the score: He doesn't make the mistake of sentimentalizing his character. Bana is often such a dull actor that I'm sometimes tempted to tack an "l" onto the end of his name. But playing a good-looking regular guy (albeit a somewhat messed-up one), rather than a stolid hero out of Greek mythology (as in "Troy"), seems to suit him: He's loose-limbed and likable here. It's also possible that Barrymore simply draws sparks out of anyone who's acting with her. Even with darkened hair -- perhaps not her best look -- she's still irresistibly sunny, and the picture looks and feels brighter when she's in it.

"Lucky You" does lose some steam in the second half, partly because Barrymore is absent from it for long stretches. Still, it didn't drag me down. There's something to be said for leaving a movie, even a somewhat flawed one, with the feeling you've been treated like a grown-up. Hanson may be unpredictable, but at least you can count on him to deal a fair hand.