Spidey comes back swingin'! The third installment in the beloved blockbuster series may be the biggest, splashiest and best one yet. 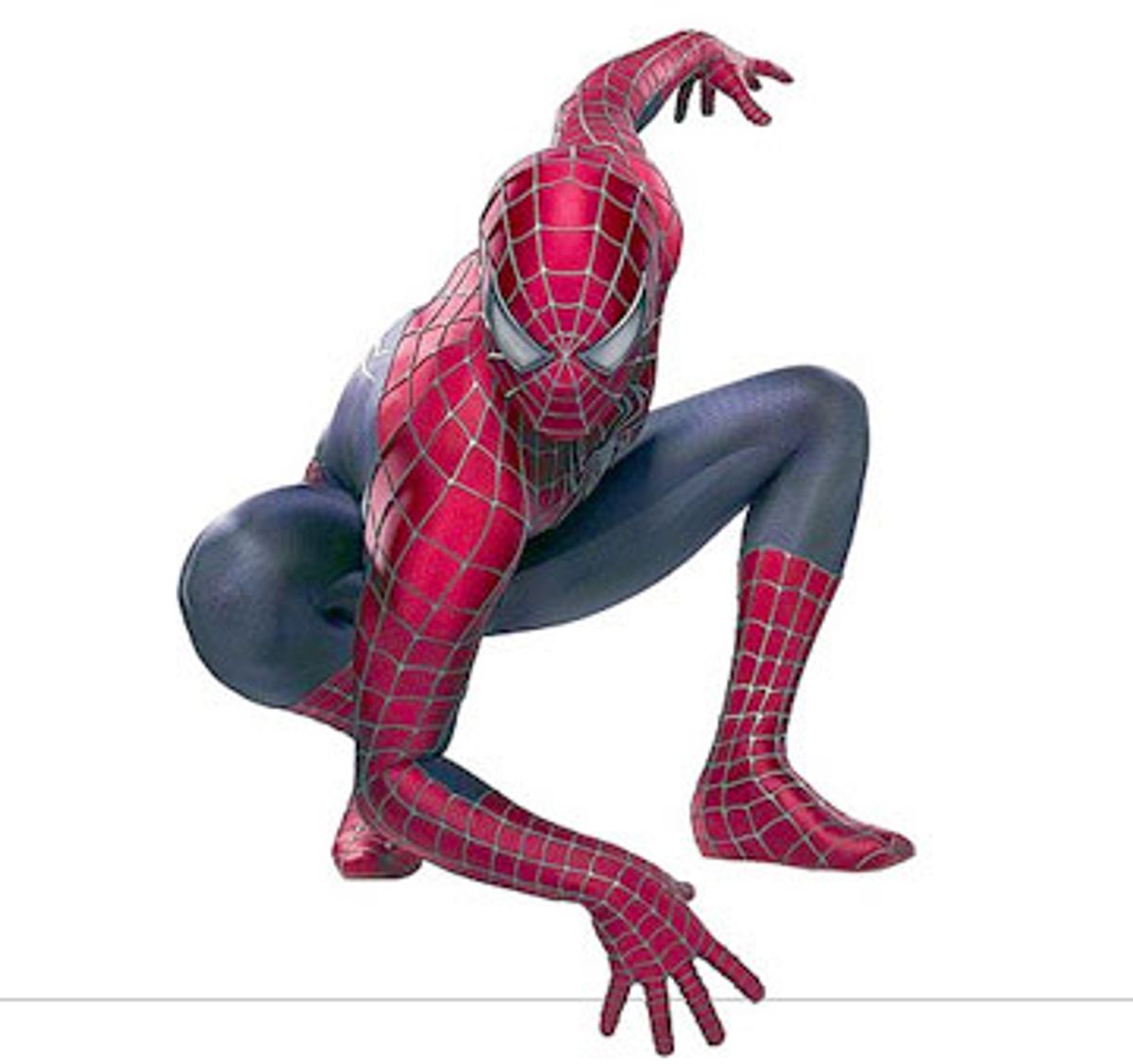 Now that summer movies have become events, it's getting harder and harder for directors to give us plain old movies anymore. Pre-release advertising and hype have become such a big part of the moviegoing experience that the pictures themselves sometimes seem like afterthoughts, the finale of an ad campaign rather than the subject of it. That's particularly true with the third installment -- not to mention the fourth or fifth -- of any given franchise: Our experience, and our enjoyment, of the previous pictures serve as a kind of internal, self-generated advertising. We look forward to what's ahead, talking ourselves out of the feeling that we already know what to expect.

The good news about "Spider-Man 3" is that it's more of the same -- except better. Sam Raimi's Spider-Man pictures, based on the characters created by Stan Lee (who has a cameo here) and Steve Ditko, have become summer-movie staples: They're not perfect films -- they could be more resonant, more memorable. When I look back on the 2002 "Spider-Man" and the 2004 "Spider-Man 2," I tend to remember details about certain characters (the swirling, self-motivated tentacles of Alfred Molina's Doc Ock; the icy, conflicted glare of Willem Dafoe's Norman Osborn) more than I do any plot twists or overarching themes.

But even though all the Spider-Man movies, including this one, are cranked up with special effects, Raimi resists being a slave to them. His commitment to the more human aspects of storytelling is like a stubborn weed: The movies may be getting bigger, splashier, and yet Raimi's camera seems most at home when it's trained on, say, a seemingly simple restaurant scene between Tobey Maguire's Peter Parker and his girl, Kirsten Dunst's Mary Jane, or M.J., Watson. The massiveness of the Spider-Man movies, including the massive expectations riding on them, may occasionally distract Raimi. But he never forgets that the human element -- the idea that even superheroes with superpowers are, in so many ways, just like us -- is the thing that makes people love comic books in the first place, and that shines through in "Spider-Man 3."

"Spider-Man 3" is the most ambitious and complex Spider-Man movie yet. Its multiple plots wave themselves around, defiantly declaring their unmanageability like Doc Ock's tentacles, although Raimi does manage to wrangle them into submission by the end. "Spider-Man 3" sees every major character from the earlier films -- M.J., James Franco's Harry, and, of course, Peter Parker/Spider-Man himself -- making an awkward transition into adulthood. At the end of "Spider-Man 2," M.J. learned Spider-Man's true identity. Now she's trying to build a career, and an identity, of her own. She's landed a starring role in a Broadway play, the kind of production that, in real life, never gets made anymore: We see her singing a plaintive version of Irving Berlin's "They Say It's Wonderful" as she descends one of those curving stairways to nowhere so often seen in 1930s musicals -- perhaps Raimi's way of establishing that what we're seeing is a contemporary story set in a lost world, a place where the 20th century is not yet treated as ancient history.

Peter, who has decided he's ready to commit to M.J., beams at her from the audience. But it quickly becomes apparent that he's so high on his own career that he has only a cursory interest in hers. As a teenager, Peter was the dutiful nerd-turned-superhero, so busy protecting New York from supervillains that he never allowed himself the usual teenage self-absorption. Now he wants to reap the fruits of his labors: After saving the police chief's daughter, Gwen Stacy (a blond and luminous Bryce Dallas Howard), from certain death, Spider-Man is given the key to the city in a special ceremony, during which he cockily teases a kiss out of Gwen -- a reenactment of the sweetly erotic upside-down kiss, from the first "Spider-Man," in which M.J. peeled back the bottom part of Spidey's mask to plant one on his kisser.

M.J., a spectator at the ceremony, feels understandably betrayed. Later, when Peter sets up a dinner at a fancy restaurant -- the French-mangling maitre d' is played, as a witty little fillip, by Bruce Campbell -- during which he plans to propose to her, he prattles on about how, yes, it's true, he's become an icon of sorts. Oblivious to her suffering and feelings of betrayal over that public kiss -- and unaware that her career has taken a sharp southward turn -- he tries to play the big man, which, in his blatantly immature view, means doing more talking than listening.

Peter, and Spider-Man, have even deadlier issues to wrestle with in "Spider-Man 3": Harry, once Peter's best friend, believes that Peter murdered his father (Dafoe's Norman Osborn, aka the Goblin, who appears here briefly in flashback), and tries to wreak revenge, becoming the new Goblin. An eager twerp of a photographer, Eddie Brock (Topher Grace), is gunning for Peter's freelance gig at the Daily Bugle, even going so far as to try to sweet-talk editor in chief J. Jonah Jameson (again played by the wonderful, cigar-chomping J.K. Simmons) into offering him a full-time position. And there's a new villain in town, a grown-up Dead End Kid in a stripey jersey named Flint Marko (Thomas Haden Church, in a soulful, solid performance), who has just escaped from prison, motivated solely by his wish to see, and help, his young daughter, who's suffering from a serious illness. While on the run from the police, he stumbles into the center of a particle-physics experiment, which gives him the power to transform himself into a colossus of sand: Sandman.

But the biggest force of evil in "Spider-Man 3" is a creeping vine of black goo that trails the unwitting Peter Parker, eventually wrapping him in its warm, dark, glittering embrace. The goo, as one of Peter's professors, played by Dylan Baker, explains, is a "symbiote" that "amplifies characteristics of its host -- especially aggression." The goo-vine turns Spider-Man's vivid blue suit into a shiny black second skin, a wearable metaphor for his dark side, which now manifests itself in frightening ways.

How to step into adulthood without being a jerk? That's just one of the questions Raimi, who co-wrote the script with his brother, Ivan Raimi, and with Alvin Sargent, riffs on here. "Spider-Man 3" is overloaded with the usual special effects, all but one of which are easily forgotten: There's simply very little that's particularly new or exciting about Spidey's swinging between and around skyscrapers while assorted baddies try to cut him down. And "Spider-Man 3," like the two pictures that preceded it, suffers from an overall lack of cohesiveness: The picture is entertaining enough as you're watching it, but afterward, the picture still feels like a bunch of events strung together, more than a rich, fluid whole.

But "Spider-Man 3" is a vast improvement on the last picture in the franchise -- in which the chemistry between M.J. and Peter was barely an afterthought -- and it's a deeper, richer picture than even the first "Spider-Man." Raimi and his co-writers have taken care to give the relationships between the characters more tangible contours than in the last picture, and the actors give better performances as a result. Dunst has more sparkle here, and Maguire draws some surprising creepiness out of his usual boy-next-door demeanor. Of all the actors here, though, Franco is the one who has improved with each successive picture: As a young man battling his own dark side, he brings smudgy layers of depth to a character that might otherwise be a cartoon. In one sequence, a verbal face-off with Peter, his left eye droops in a sinister, lazy appraisal of his sometime best friend; the moment suggests that Franco might have more to show us than most of his roles have required of him.

"Spider-Man 3" doesn't have the operatic dazzle of the first X-Men picture, or the mournfully poetic quality of the often, and inexplicably, maligned "Superman Returns." But Raimi at least manages to make it both huge and human. He also pulls off one of the most beautiful special effects I've ever seen, in any movie, a testament to the ways in which CGI, used right, can actually humanize a film. After Flint Marko -- a criminal who's done all the wrong things for the right reasons -- steps into that whirling particle-physics blender, he's no longer himself: He's a mound of sand, a one-man desert, and before our eyes he tries to re-form himself into some semblance of the man he used to be. As he tries to stand, rivers of sand run from his muscles. His contours take shape, fall away, and then stubbornly rebuild themselves: He's a piece of sculptural poetry, a song of being and becoming, a living, moving Henry Moore statue.

Eventually, a bigger-than-life creature, an anguished giant, emerges from this hill of sand. He's clutching a locket containing a photo of his little girl, and as he surveys this tiny picture, we know that he's remembering not just the man he used to be, but the man he failed to be. In this one astonishing scene, Raimi and his special-effects artists give us an image redolent of the great beauty, and the gravity, of silent film. Without a word, they sing the ballad of the disappearing man.