Tony goes off the rails and Christopher follows as "The Sopranos" enters its final chapter. 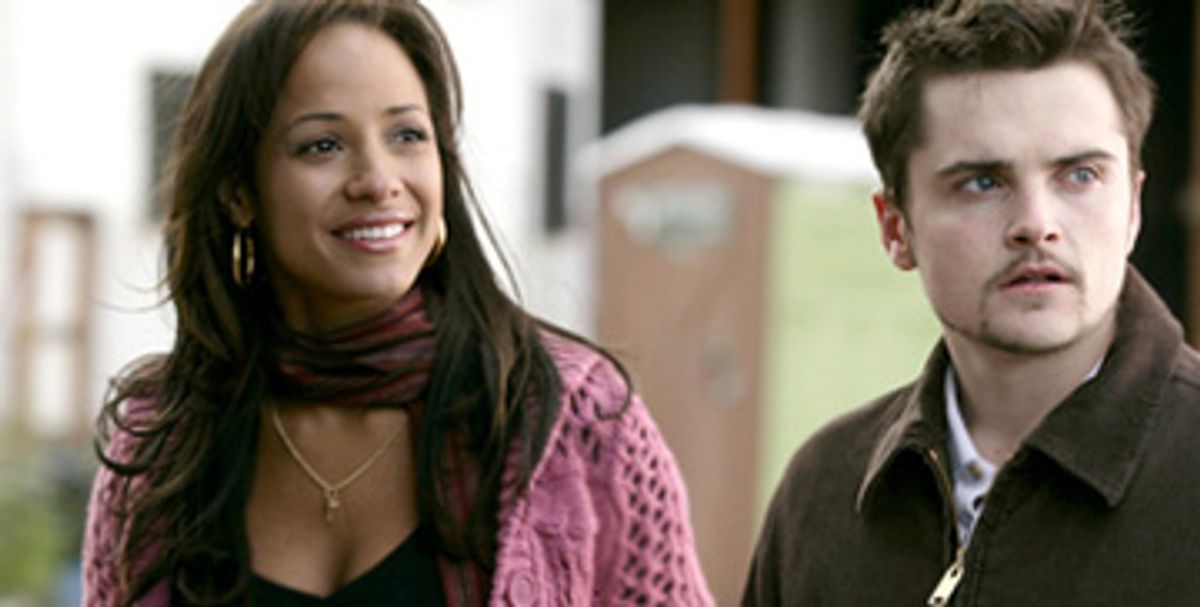 [Spoiler alert: This article includes details from Sunday night's episode of "The Sopranos." If you haven't seen it yet, don't read this.]

At the start of the final season of "The Sopranos," there were signs that Tony might spend his last days with us in a languid haze of nostalgia and regret, looking back on the past twenty-odd years of brutality and self-preservation like an aging general, sifting through mementos from a vicious but long-forgotten war.

Instead, here we are, stuck in the thick of a gory battle that's turning against him. First there was his spin down I-95 and memory lane with Paulie, a trip that served as both an echo of hauntingly personal but necessary murders of the past and a possible omen that Paulie could be a rat. Then, last week, the real carnage began. We joined Tony in the throes of a gambling habit, chasing his losses with even bigger losses, a streak of bad luck and bad choices that made him paranoid and frantic. During the course of a single episode he turned on his most trusted confidants: his wife, Carmela; his therapist, Dr. Melfi; and one of his only trustworthy, loyal friends, Hesh. When he taunted Carmela by telling her that the home she just sold (and cut corners on) was going to cave in on the buyers and their unborn baby, we were witnessing Tony at his most ruthless. And while we may have seen Tony turn on Melfi and Carmela before, when he shut out Hesh, his only respite from the flunkies and junkies of his business, it was a bad sign that soon he would have no one left to turn to.

As if that weren't devastating enough, A.J., who's never done a solid, soulful thing in his life, made a big, adult decision to propose to his girlfriend. We recognized that this was a mature move because we saw him -- heartbreakingly! -- playing father to her kid by taking him to a parade. And then what happened? His lady dumped him and drove away without fanfare.

With twists as brutal as that one, it's becoming clear that there may be nothing but darkness in store for the rest of the season. This week's episode certainly offered little relief: A.J. was losing sleep and refusing to eat. In an unusual display of vulnerability, he cried to Tony that his fiancée "was the best thing that ever happened" to him.

In the most heartwrenching scene of the season so far, Tony told Dr. Melfi that he was about to quit therapy, but then A.J. got depressed. After Christopher told Tony that alcoholism was a disease that he inherited from his father, Tony was starting to believe that A.J.'s problems must be his fault.

Tony: Obviously I'm prone to depression, a certain bleak attitude about the world. But I know I can handle it. Your kids though... it's like when they're little and they get sick. You'd give anything in the world to trade places with them, so they don't have to suffer. Then they think you're the cause of it!

Melfi: How are you the cause of it?

Tony: It's in his blood, this miserable fucking existence. My rotten fucking putrid genes have infected my kid's soul. That's my gift to my son.

Tony's self-hatred has never been quite so naked before, and even Melfi, who usually takes his melodramatic announcements in stride, looked shocked. Then Tony laid bare the existential fog that seems to lie at the heart of the show's final season: "After all is said and done, after all the complaining and the crying and the fucking bullshit, is this all there is?"

Christopher seems to be wondering the same thing. Unable to fit in with the guys since he stopped drinking, he lamented that his old life doesn't work anymore, and told an acquaintance from AA that his relationship with Tony went sour when he was forced to choose him over his girlfriend Adriana. Then, just as we're starting to think Christopher seems more sober and healthier than ever, Christopher beats up Paulie's nephew and throws him out a window for messing with his father-in-law. Later, he relents and gets drunk with Paulie to make amends and bridge the growing gap between them. When Paulie and the guys keep making fun of his earnest, drunkenly incoherent statements about fatherhood, he stumbles out angrily.

The next scene is so unnerving and awful, it's hard to sit through. A desperate Christopher shows up at the home of J.T., his old friend from rehab and the screenwriter on his film. Christopher starts rambling about how he should pay Tony and Paulie and the rest of them back by ratting to the feds about a long list of crimes. J.T. quickly tells Christopher that he doesn't want to hear a thing about Christopher's troubles, since he doesn't want to get subpoenaed or killed for knowing too much. After all, he's been burned before -- Christopher beat him up when he couldn't pay a gambling debt. Infuriated that J.T. won't lend a sympathetic ear, Christopher whips out a gun and shoots him in the head.

This random act is so unexpected, it leaves you with a sick feeling in your stomach. So why does it feel like this is only the beginning? Suddenly, after so many years of casual insults and casual murders, everything is personal.

Maybe it's finally time for creator David Chase to demonstrate his true feelings for these characters. While critics of the series have lamented the immorality of its mundane violence, implying that only a sociopath could kill the way Tony does without being haunted to the point of distraction, Chase has made it painfully clear that his characters are, in fact, sociopaths. As much as we have developed an affection for Tony and Paulie and Christopher and Carmela, as much as we feel sympathy for their plight, we're repeatedly reminded that these are bad people who represent everything ugly about the ugly American: They're greedy, self-centered, and controlled by their own desires and impulses. As Chase told the New York Times back in 2004, "[T]hese people aren't communicating at all. These people are kidding themselves, and lying to themselves and to each other all the time."

In case there's any doubt in our minds on that front, Chase seems determined to drive the point home: Tony and his family and friends may have escaped hellfire and damnation thus far, but in the final chapter of this story, these people are going down. The war has just begun, and it's going to be vicious, indeed.

Tell us what you think! We'll be discussing the final episodes of "The Sopranos" each week, counting down to the finale on June 10. So give us your impressions of Sunday night's episode and offer your own predictions on where you think things are headed in the Letters section below. Will J.T.'s murder give Christopher a reason to rat on Tony? Does this mean Paulie's not an informant as well? What's in store for Carmela, Meadow and A.J.?