New details confirm a CIA prisoner disappeared in U.S. custody for months, renewing suspicions the agency could be violating the law and using torture. 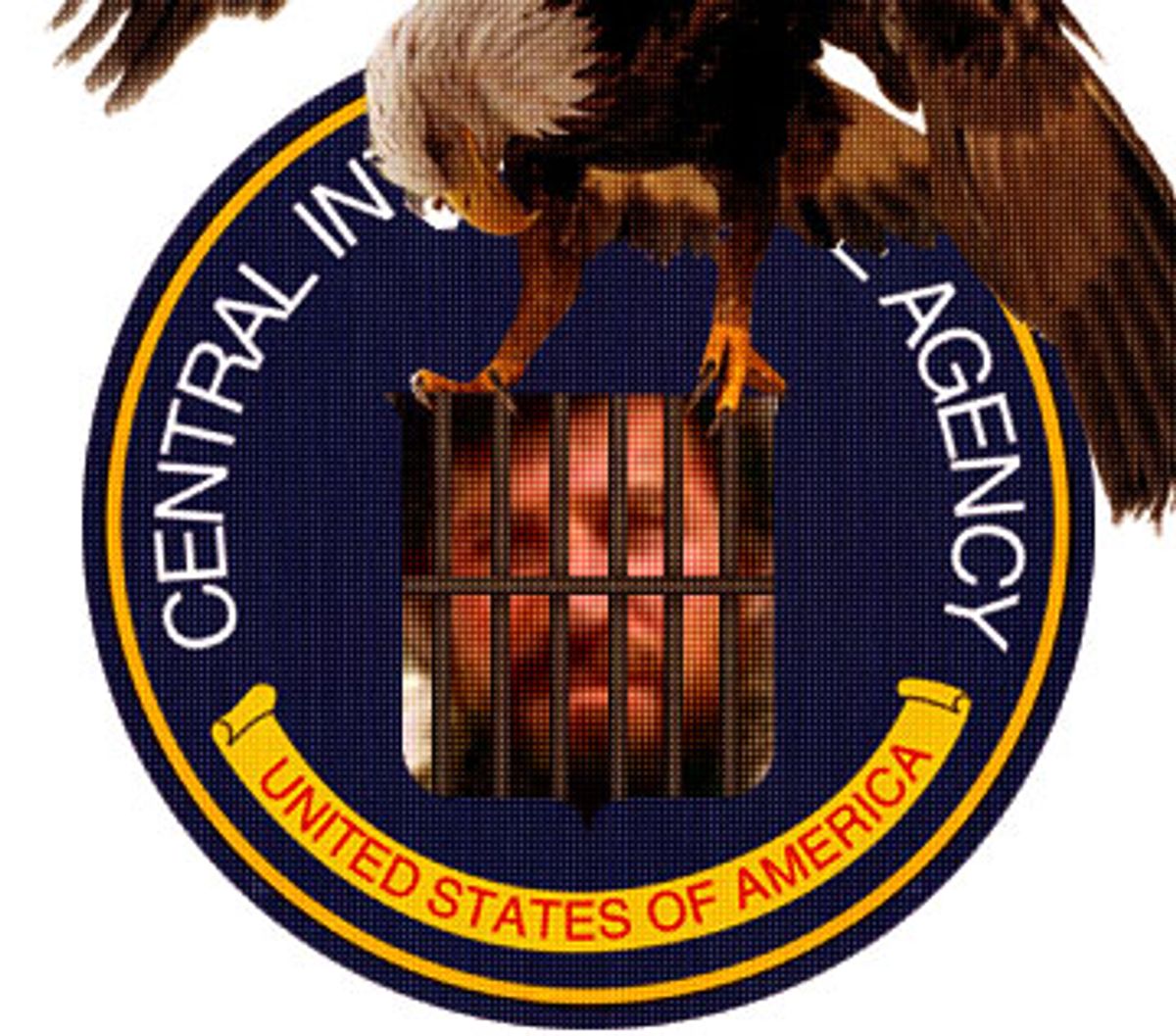 In late April the Pentagon announced with fanfare that Abd al-Hadi al-Iraqi, a former top advisor to Osama bin Laden, was in custody at the military prison at Guantánamo Bay, Cuba. Although al-Hadi was "one of al-Qaida's highest ranking and experienced senior operatives" and may have been planning attacks on Western targets at the time of his capture, he would be treated humanely, the Pentagon said. Military officials had alerted the International Committee of the Red Cross that al-Hadi was in their custody, and said they would grant the Red Cross access to monitor his treatment.

But as the Pentagon also noted in late April, al-Hadi was not a new prisoner; he had been in CIA custody since the fall of 2006. And Salon has discovered that, in contrast to the protocols followed by the Pentagon, the CIA kept al-Hadi's months-long detention a secret -- not only from the public but from the Red Cross as well, raising new questions about the CIA's treatment of prisoners in the war on terrorism. While the U.S. military recently adopted new rules for interrogation in the wake of the Abu Ghraib torture scandal, legal and human rights experts say the CIA may be continuing to flout the law -- potentially using abusive interrogation tactics at secret prisons known as "black sites" -- at the direction of the Bush White House.

Red Cross officials confirmed to Salon that the CIA did not alert them during the months that al-Hadi was a prisoner with the agency. "We have repeatedly asked U.S. authorities to be notified and have access to all detainees, including those held by the CIA," said Simon Schorno, a spokesman for the Red Cross in Washington. "But we did not have access to Mr. al-Hadi before his transfer [to military custody]. For us, that is problematic."

The Red Cross' access to detainees, set forth in the Geneva Conventions, is premised on the idea that anonymous, secret detentions create conditions conducive to torture. During the worst abuses at Abu Ghraib, for example, some "ghost detainees" were kept off the books at the military prison and hidden from the Red Cross. One of those prisoners, Manadel al-Jamadi, died during a CIA interrogation in a shower room at Abu Ghraib on Nov. 4, 2003. The Armed Forces Institute of Pathology later ruled al-Jamadi's death a homicide, caused by "blunt force injuries to the torso complicated by compromised respiration."

The CIA's secret imprisonment and interrogation of suspected terrorists, first exposed by news reports and eventually confirmed by Bush at a press conference last Sept. 6, allegedly involved an array of inhumane tactics. At black sites scattered around the globe, the CIA reportedly subjected high-value detainees like al-Hadi to sleep deprivation, stress positions, slapping, induced hypothermia and "waterboarding," or simulated drowning. Bush did not discuss any specific techniques on Sept. 6, but said the CIA's actions had been approved by the Justice Department and were "designed to be safe, to comply with our laws, our Constitution and our treaty obligations." The program, Bush said, "has given us information that has saved innocent lives by helping us stop new attacks."

But the future of the CIA's interrogation program had been "put into question," Bush acknowledged, by the Supreme Court decision in Hamdan v. Rumsfeld last year, which held that all detainees -- including high-value prisoners in the hands of the CIA -- are protected by some provisions of the Geneva Conventions. Bush called some of the protections "vague" and asked Congress to pass a new law to clarify permissible treatment of prisoners by the military -- while at the same time ensuring "that the CIA program goes forward."

A battle ensued on Capitol Hill, with Bush officials fighting vigorously to exempt the CIA from tighter rules on prisoner treatment.

The White House apparently lost when Congress overwhelmingly passed the Military Commissions Act of 2006. It forbids detainee abuse, using specific language that experts on human rights and international law say would be hard, if not impossible, to circumvent legally.

Those experts were subsequently shocked by what Bush said in the East Room of the White House when he signed the bill last October. "This bill will allow the Central Intelligence Agency to continue its program for questioning key terrorist leaders and operatives," Bush said. "[The CIA] program has been one of the most successful intelligence efforts in American history."

Attorneys were baffled: How could the CIA lawfully continue interrogations like the ones that had reportedly been conducted in the past? "The administration wanted these prohibitions on the military and not on the CIA, but it did not work out that way," said Scott Horton, who chairs the International Law Committee at the New York City Bar Association, referring to the new legislation. The rules of the Military Commissions Act cover all prisoners in U.S. custody, presumably including those in the custody of the CIA.

Al-Hadi's treatment during his months of CIA detention remains unknown. A CIA statement to Salon responding to questions about al-Hadi said that the United States "does not conduct or condone torture, and the CIA's terrorist interrogation program operates in strict accord with American laws and treaty obligations." Close to the time of al-Hadi's detainment by the CIA, meanwhile, Bush announced that 14 other high-value detainees were being transferred to Guantánamo, leaving the CIA black sites empty -- though Bush said the top-secret prisons might be used again in the future.

Since the Red Cross was never alerted that the CIA was holding al-Hadi, there is no way to independently corroborate the CIA's claims about al-Hadi's treatment. But at the least, he is proof that secret CIA prisons are still in operation. "They did not shut them down, and al-Hadi made this obvious," said Horton. "So this raises the question of CIA interrogation techniques. I've been asked many times what I think is going on. And I say I absolutely don't know."

Al-Hadi's case and the mystery surrounding CIA detainees, experts say, underscore a stark divide between the CIA and the Pentagon on ground rules for treating detainees three years after the Abu Ghraib scandal stained the reputation of the United States worldwide. In its statement to Salon, the CIA also said that it had no legal responsibility to alert the Red Cross of al-Hadi's status, calling him an "unlawful combatant," a categorization that critics charge the Bush administration has used to circumvent the Geneva Conventions. The CIA acknowledged that the Department of Defense alerted the Red Cross about al-Hadi -- but suggested DoD was not required to do so. "Although, as unlawful combatants, these detainees have no legal claim to ICRC [International Committee of the Red Cross] visits, those visits have been arranged at Guantánamo," the CIA said. (In a statement to Salon, the Pentagon said only that the Red Cross has access to all detainees at Guantánamo).

"There is a concern that a different set of standards and rules are being applied to the CIA as opposed to the military," said Hina Shamsi, an attorney for Human Rights First. Meanwhile, Human Rights Watch, a different organization, has assembled a list of 38 detainees believed to have been held in CIA custody during the wars in Iraq and Afghanistan who, unlike al-Hadi, seem to have disappeared altogether.

Specific authority for covert operations in the war on terrorism were put in place by a secret "presidential finding" signed by Bush six days after the terrorist attacks of Sept. 11, 2001, authorizing broad covert action by the CIA to capture, detain or kill members of al-Qaida anywhere in the world. Mary Ellen O'Connell, a professor of international law at Notre Dame Law School, said the al-Hadi case raises the possibility that the president has secretly given the CIA a new mandate to operate outside the constraints of the new law put in place by Congress last year. "This suggests that the president has signed some sort of additional authority for the CIA," she said.