Under a grant of immunity, she admits she took "inappropriate political considerations into account." 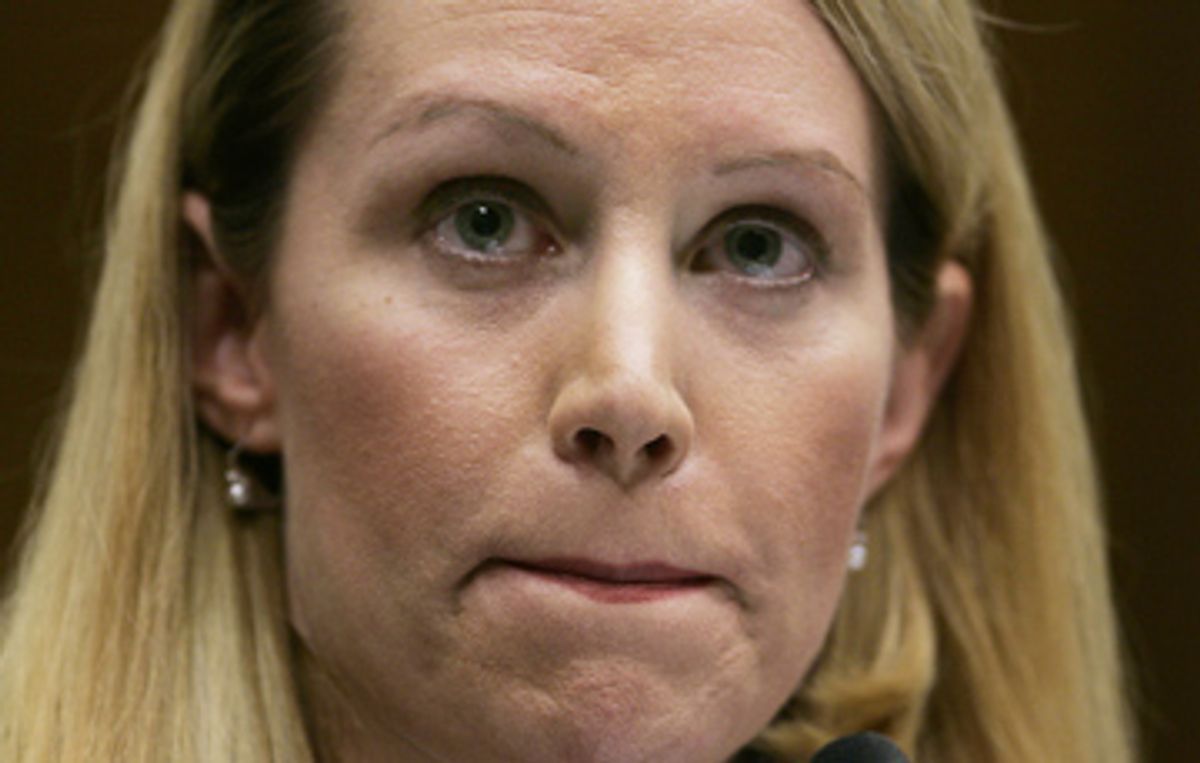 One of Monica Goodling's many roles at the Department of Justice was to interview job candidates. "During my five years at the department, I believe that I interviewed hundreds of job applicants," she said in sworn testimony Wednesday morning. That is not a big deal. Someone has to do the hiring. Why not Goodling? As she testified Wednesday, she learned how to hire people as "student body president" at Messiah College in Grantham, Pa. Then she got a job at the Republican National Committee, where she hired people for the research department.

The problem: Once she arrived at the Justice Department, she used political ideology as a litmus test for civil service jobs, a clear violation of federal rules. (Political ideology is allowed as a litmus test only for political appointees.) "I do acknowledge that I may have gone too far in asking political questions of applicants for career positions," she testified. "I may have taken inappropriate political considerations into account on some occasions. And I regret those mistakes."

The Washington Post has one example of Goodling's "mistakes." Goodling stalled the hiring of Seth Adam Meinero, a graduate of Howard University law school who had worked on civil rights cases at the Environmental Protection Agency. She said at the time that he was too "liberal" for a career prosecutor job.

"I do regret I made a snap judgment," Goodling explained, weakly, when asked about Meinero. But it was an earlier exchange, with Rep. Bobby Scott, D-Va., that gets right to the heart of Goodling's "snap" judgments about political ideology.

Goodling: I don't believe I intended to commit a crime.

Goodling: The best I can say is that I know I took political considerations into account on some occasions.

Scott: Was that legal?

Goodling: Sir, I'm not able to answer that question. I know I crossed the line.

Goodling: I crossed the line of the civil service rules.

Goodling: I believe I crossed the lines. But I didn't mean to. I mean, I...

This is one reason why Goodling waited for a grant of immunity to testify.