Michael Moore discusses his bold takedown of the American healthcare system, "Sicko," in a roundtable interview at Cannes -- a Salon podcast. 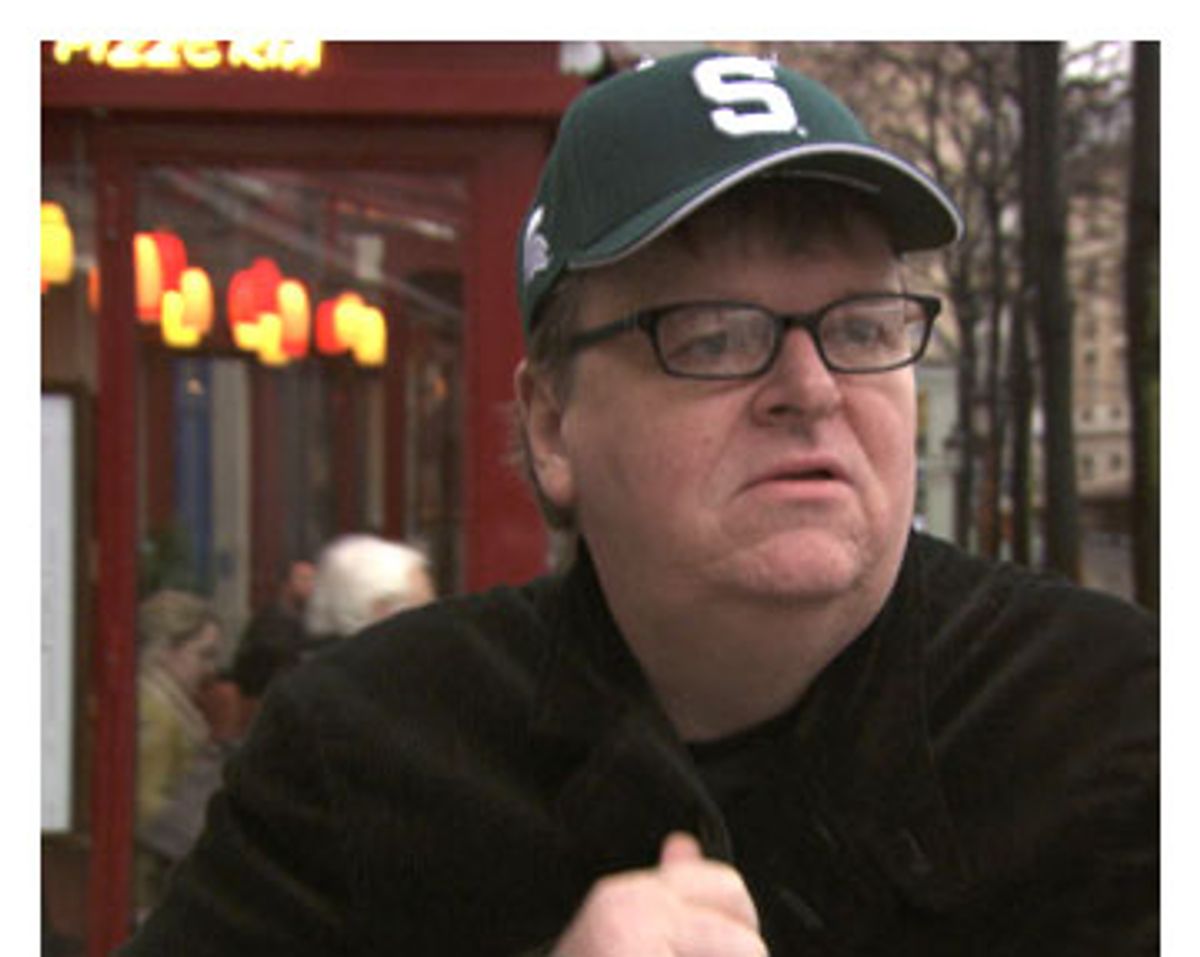 As you've probably read, one of the event films of this year's Cannes Film Festival is Michael Moore's "Sicko," a blistering attack on the American healthcare system. On Tuesday, at the American Pavilion here at Cannes, Moore met with a small group of North American journalists for an extended -- at times combative -- discussion about the film, viewers' reactions to it and why he finds it disappointing when people focus on his political views rather than his filmmaking.

Here's Moore on Americans' desire for ever lower taxes -- and the European tax-supported healthcare model:

"Americans don't want to pay taxes. And I don't blame them because what do we ever see? What's the result? We can't even get a pothole fixed. Nothing works. We don't like the government, the idea of the government running our healthcare. But in France, and in Britain and in other places, they actually see some tangible results for the money they pay in taxes. I think if Americans actually saw a tangible result for the amount of taxes they pay, they'd be willing to pay probably even more if it meant that people are covered.

"But we as Americans are going to have to restructure our thinking: Yes, it is important that we share, and sometimes we have to stand in line. If it means standing in line for a little while so that everyone is covered, are we willing to do that? No. 'I don't want to stand in line. I will not.' You know? I don't think that kind of mentality has done us well. I think we need to learn to share and we need to start behaving. People like to refer to the United States, or Americans do, as a Christian country. I'd like to see [us behave that way] more often. Because the more we do that, the better off we'll be."

To listen to the entire conversation, download the podcast here.

* * * * For more coverage of the Cannes Film Festival, click here.

Beyond The Multiplex Michael Moore Movies