Six months ago, the new Congress missed its chance to shift the debate on Iraq -- and to avoid this week's defeat on a timetable for withdrawal. 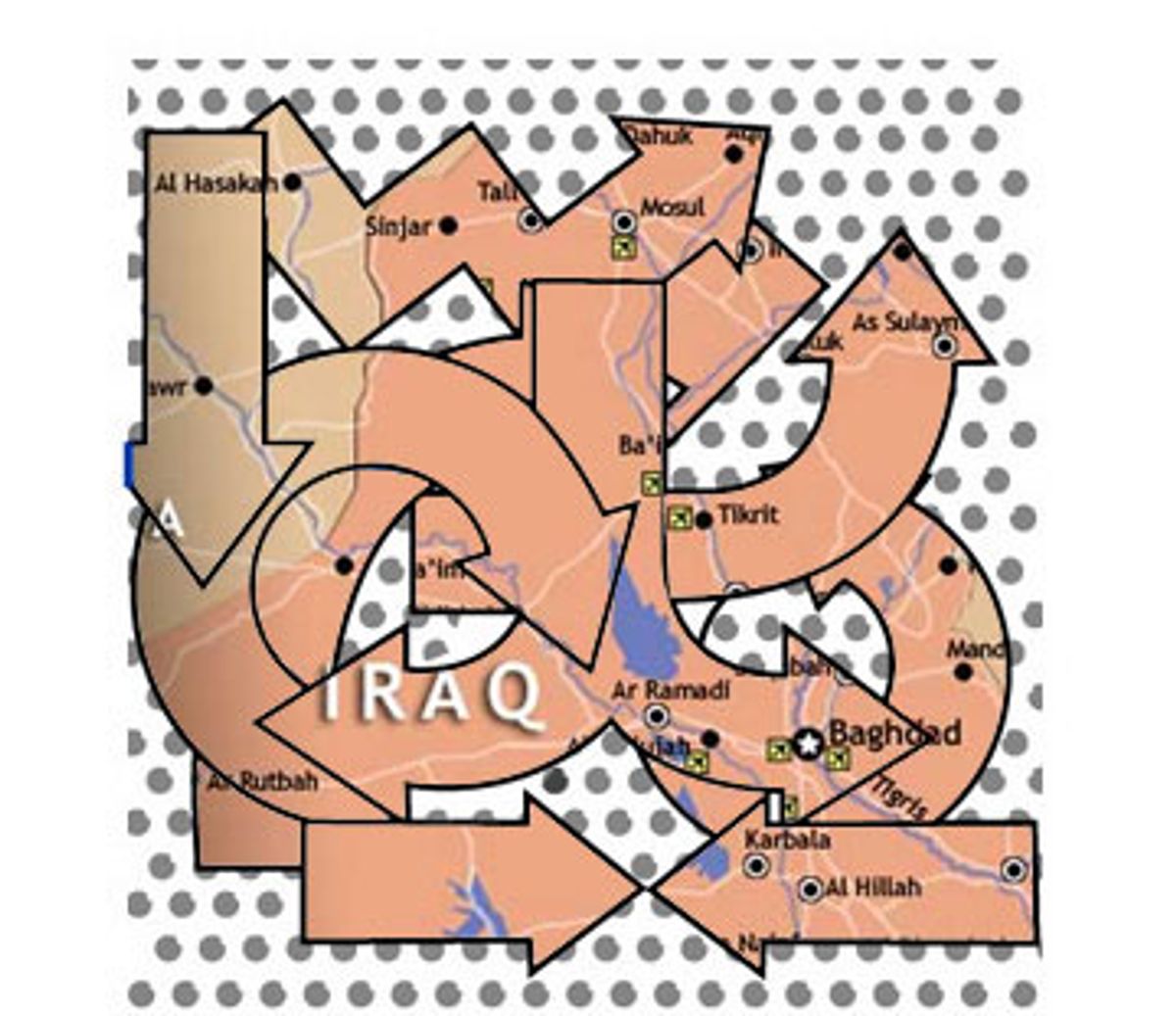 In a political showdown, stupidity can be even more crippling than timidity. Unfortunately, congressional Democrats have displayed both as they backed down from their confrontation with the Bush White House over the war in Iraq.

It was completely predictable that Democrats would divide over supplemental appropriations for the war, which are so easily defined as "funding for the troops," and it is also understandable, if not excusable, that some Democrats would balk at voting no on such a measure. Such divisions may have been unavoidable, especially when the new congressional leaders had done so little to present serious alternatives to the president's policies.

The defeat represented by this week's supplemental vote can be traced directly to the Democratic leadership's failure to shift the debate six months ago. Looking back, the critical moment came when the Bush administration rejected the recommendations of the Iraq Study Group report.

At that point, handed the perfect bipartisan opportunity to demand negotiation and withdrawal, the Democrats stumbled, saying nothing of consequence. And Bush seized the initiative again with his announcement of a "surge," sending 20,000 additional troops into the Baghdad area and asking the public to give his latest "new strategy" a chance to succeed.

If there is anything the American people have learned since the beginning of the war in Iraq, it is to distrust the president and his advisors. Last winter, the cycle of new strategy followed by disappointment followed by still another supposedly new strategy had been going on for years, without noticeable improvement.

The first "new" plan proposed by the Bush administration dates back to September 2003 (several months after the president declared that the mission had been accomplished). For everyone who has forgotten that long-discarded plan, it contemplated a much larger international presence in Iraq, a commitment of support from the United Nations and a huge increase in spending by the United States. Only that last part, now expected to reach a trillion dollars or more someday, ever panned out.

Then came the next new plan, which sought to shift responsibility to the Iraqis themselves, by promoting local sovereignty and improving the capacity of the new national army and police force. Accompanied by wildly optimistic estimates of the size, competence, cohesion and loyalty of those forces, that strategy sank as violence across the countryside intensified. It included strange and contradictory diversions, such as the sudden decision to reemploy some of Saddam Hussein's old generals from the disbanded Iraqi armed forces. That didn't work either.

All that pseudo strategizing was sufficient to see President Bush and Vice President Cheney through to reelection against an inept Democratic opposition, but the situation continued to deteriorate after their second inauguration -- and so did their poll numbers. By December 2005, the administration's approval ratings had sunk low enough to require the announcement of a fresh "strategy for victory," in reality a mere repackaging of old, stale strategies. Even then, experts regarded the 35-page summary as "too little, too late." As for the Democrats, their leaders and strategists had nothing interesting to say about the war, largely because they were afraid that dissent would permit the Republicans to brand them as weak and unpatriotic. So they continued to say nothing.

Disrupting this political and intellectual stagnation, at long last, was the arrival of the Iraq Study Group -- with a bipartisan membership that ranged from former Attorney General Edwin Meese on the right to former Bill Clinton advisor Vernon Jordan on the center-left, and included former CIA director Robert Gates, soon to be appointed secretary of defense. Although the obvious purpose of any group chaired by James Baker III had to be the rescue of George W. Bush, the president spurned their sound advice before it even reached his desk.

Proud, stubborn and messianic, Bush acted as anticipated. But his foolish decision provided an opening for the newly empowered Democrats that they should not have missed.

The Democratic leaders' first mistake was their failure to educate the public about the real contents of the Iraq Study Group's report -- a short document that was nevertheless too lengthy and demanding to be thoroughly examined by the news media. Its most important finding was that there is no military solution to the American dilemma in Iraq and that the only way out of the quagmire is negotiation. Although most of the report's references to this reality appear under the euphemistic category known as "national reconciliation," the conclusions are clear. Any changes in military policy were deemed ancillary to negotiations among the warring Iraqi religious and political factions (and their foreign sponsors).

The report explicitly recommended that the governments in Baghdad and Washington sit down with their armed opponents to talk about every relevant issue -- including a date for the withdrawal of American troops. Only by negotiating a departure date would the U.S. and the Iraqi authorities succeed in drawing insurgents and militia leaders into a "national reconciliation dialogue."

Had the Democrats endorsed the Iraq Study Group report immediately, and linked future funding of the war to the president's full acceptance of its recommendations, they would find themselves in a different position today. Rather than being perceived as weak and divided, they would at least have identified themselves with a plausible alternative to administration policy -- and isolated the White House even further.

Now the Bush administration can turn around -- as Washington Post defense expert William Arkin predicts -- and accept the Iraq Study Group recommendation to begin withdrawing troops. After all the carnage and waste, the Republicans may yet escape responsibility for the most significant strategic failure in decades, because the Democrats hesitated and dithered.