The art of snooping

Or, What I learned from the junk in other people's homes. 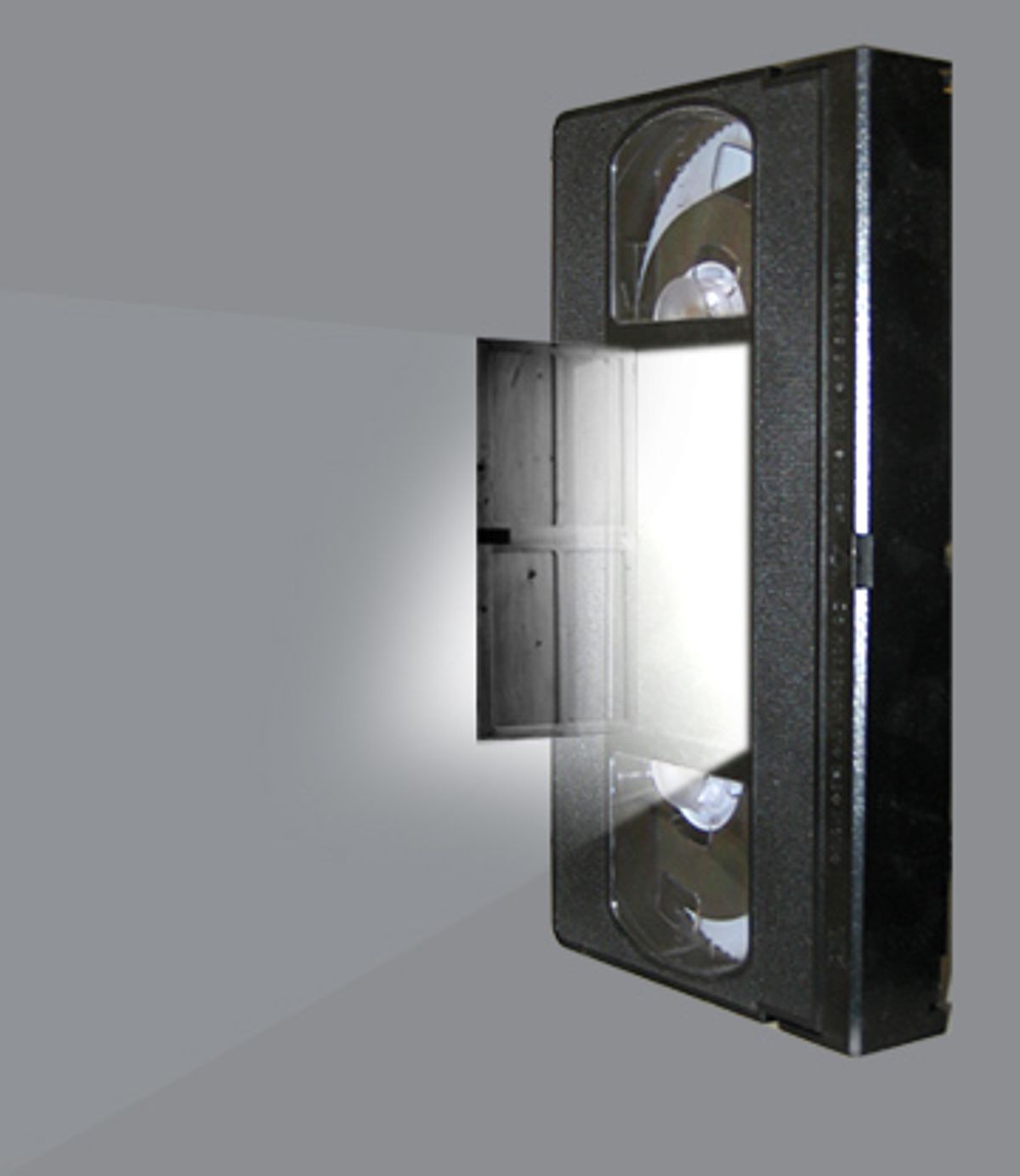 Years ago, I got an entry-level position at a San Francisco private investigative firm. I entered the job hanging onto some long-standing beliefs about the gumshoe, based purely on film, television and pulp fiction, of course. During the two-year stretch of my employment at the firm (which chooses to remain nameless) many of my P.I. fantasies came true: I got to hop into a cab and say, "Follow that cab." I got to follow a subject into a bar and order a beer while I was on the clock. I got to work undercover on a case that I'm still not allowed to talk about. I got to rummage through the trash of a complete stranger and attempt to piece together a phone bill.

For the most part, however, my job bore little resemblance to that of the fictional gumshoe. I was never held at gunpoint, nor did I ever pistol-whip anyone. No one ever asked me to find an invaluable figurine of a mysterious blackbird. Of course, I didn't expect those things to happen. But in the back of my head, I had always hoped I'd get to snoop. It seems to me that rifling through a person's belongings is the direct route to that person's character. To properly investigate a subject, we must investigate a subject's stuff.

Sometimes a single item can wrap up, in a nutshell, who a person is. In my grandparents' home, a clear plastic container was enthroned on top of the mahogany bar for at least a decade. Painted on the lid in pink, yellow and light blue was "Have a Nosh With Mort & Ethel." Its four separate compartments offered a constantly changing variety of colorful candies. I recall once bringing a friend to their home and quietly guiding him over to the bar, as if introductions with their human incarnations were unnecessary: Allow me to introduce you to my grandparents' candy dispenser.

Some years back, while visiting from college, I discovered a chink in my parents' sanity, an obsession gone a step too far, when I opened their CD cabinet. The house was already a shrine to their current canines -- Buster, Saul and Vito -- but I was unprepared for an anthology called "Love Songs for Dog Lovers," which included such original tracks as "We Are the Dogs," "If You Weren't Such a Dog" and "Rappin' Gangsta Dog" (which doesn't sound anything like a love song, if you ask me). In my mother's defense, when I confronted her about the CD, she said, "It's not very good."

We're all amateur investigators. We scan bookshelves, we ogle trinkets left out in the open, we calculate the cost of furniture and study the photographs on display; sometimes we even check out the medicine cabinet. A few years ago, when I moved out of my apartment after learning of a series of housesitting opportunities, I looked at it as an opportunity to study other people's stuff, to finally snoop in a way that my P.I. job never allowed. And the pinnacle of my detective work came at the very end of my research.

The subjects were the parents of my longtime friend Jenny Miller. They scheduled my services over a 10-day period in August. We met for dinner at John and Lizzie Miller's residence on a quiet street in an upscale Los Angeles neighborhood for a briefing on the responsibilities required for a week among their plants. After the brief introductory pleasantries, John asked, "Do you need to use the bathroom?"

"No, thanks," I said, wondering if I had inadvertently given off that vibe.

"John," snapped Lizzie, "she's a grown woman. If she needs to use the bathroom, she'll ask."

Dinner was good, and a fine introduction to my investigation. John offered me Triscuits. I said no, thanks. He then opened a cabinet and brought out a selection of four other cracker-type substances. I ate some Wheat Thins because I didn't want the effort to be wasted. After some tasty leftovers, Lizzie sliced and defrosted a zucchini loaf, which we topped with ice cream. John showed me the careful labeling on the package that held our dessert and explained that they always date the leftovers to keep track of the inventory in the extra freezer in the garage. I commented that 2003 was a good year for zucchini bread. (Please note that it was 2004 at the time.)

After dinner, John pulled out a legal pad and reviewed with me his manual for living in the Miller home. We went over to the garden, which did require some detailed discussion. I took notes. Then we returned to the kitchen, where John pointed out the shopping list on the side of the refrigerator. He suggested that if I used up the last of anything to add it to the list. He then told me I should feel free to eat anything in the house. I assumed this was limited to food items.

We then discussed the television. John first demonstrated how to use the VCR. I admired the relic, but ignored the instruction until he broke the news to me: The Millers didn't have cable. "Feel free to look through the tapes," John said, "and watch anything you'd like." John said that he taped the movies right off of the regular TV, commercials and all. He explained to me that I could just fast-forward through the ads. He does it all the time.

"Now let me show you the bathroom," John said. He demonstrated how to turn on and off the cold and hot water and showed me where the sink, shower and toilet were located. He showed me how to use a key and tested me on my own key-lock dexterity. I passed. John then did a funny thing. He turned a knob that was sticking out midway through a wall. As I looked on studiously, a portion of the wall opened into another room.

"I've been wondering how those things worked," I said, although what I was thinking was, Forget their stuff, I'm going to move in and study the Millers in their natural habitat.

I pictured myself pitching a book about the Millers. It's like when Margaret Mead moved into a Samoan village to study adolescent courtship behavior. Only I'd have a better bed and way more snack food. Later, when I retold the story, emphasizing that John had actually demonstrated to me how to open a door, I would add that John was an engineer. Most people would then say, "Ah," as if that explained everything.

Alas, the Millers took their vacation and I was left alone with their stuff. Jenny called often that week to "check in." I suspect she was worried that I was snooping through her bedroom, which had remained a shrine to her high school years. But I'd gone through her room the first night I was there. I've known Jenny 20 years; her stuff doesn't interest me anymore.

"So how's it going over there?" Jenny would ask. I'd respond with, "Oh, it's very interesting," followed by a fact I'd recently discovered.

"Did you know that your father has a total of 10 different types of cereals in the house?"

"The same kind or different?" I asked.

"Very interesting," I replied, jotting it down in my notes.

"Did you know that every room in the house has an exit?"

"Yes," she'd say. "It was very convenient in high school."

"You should tell your parents to get cable," I suggested. If this house had cable, all that snack food and seven exits, it would be the perfect home.

One evening, after flicking through the dismal prime-time fare, I turned to the videotape collection. I sifted through the incongruous mix of art films, music specials, blockbusters and public television fare. And then I saw it: A triple feature neatly labeled, just like every other tape, with both the year and the running time adjacent to each title. I have tried many times to find some theme that unites the three following films, but have failed:

For movie buffs, the second feature was "Robin Hood: Prince of Thieves," co-starring Kevin Costner and the always impeccable Morgan Freeman. "The Chosen," if you recall, was based on the Chaim Potok novel and featured Robbie Benson's persuasive performance as a Hasidic Jew.

"I have made a discovery that I think you need to know about," I told Jenny over the telephone five minutes later. I read to her the contents of the videotape. As I anticipated, she screamed in horror and hilarity and called her husband to the phone. I repeated the triple feature and received another satisfying roar of laughter. He put Jenny back on the phone.

"I bet there's one here for your father," I said, and then dug through the cabinet. John's colonoscopy shared a bill with "Elvis: The King," "Remember the Titans" and "The Life of Churchill." That must be an eight-hour tape, I thought to myself.

Jenny's laughter abruptly died down and an edge came over her voice.

"You can't tell anyone," she said to me in her most threatening tone.

"You can't tell anyone," she repeated, simply switching her word emphasis.

"Be reasonable," I replied.

"Promise me," she said, sensing a brick wall.

"But I have to tell someone," I responded, almost in a panic.

We negotiated for the next five minutes and agreed that I could tell our mutual friend, Jordan, and Jenny's brother Alex -- because he has a right to know. My interpretation of our agreement was that I could not tell any close personal friend of Jenny's other than the agreed-upon individuals. Everyone else was fair game. And I told everyone, to varied, but equally satisfying, responses. A number of people followed up their laughter by asking me if I watched the tape. No. Why would I watch the tape? I've already seen "Robin Hood: Prince of Thieves" and "The Chosen."

It is true: I got lost in the glory of my discovery. But what about my investigation? What mystery did the videotape solve? Why was I compelled to share it with anyone I could fit into the loophole I found in Jenny's and my negotiation?

Simple. It was a beautiful thing. In a world where good taste is dictated by flocks of celebrity designers on television, in a time when the words "feng shui" have worked their way into Middle America, in a culture where self-consciousness is consciousness, I had met two people who didn't care. They were going to fill the entire videotape, serve 1-year-old zucchini loaves, offer their guests a refresher course on bathroom use, and not waste an ounce of their energy faking who they were.

What happened to the dedicated sleuth? Let's just say people's stuff had lost its luster. This was my Maltese Falcon. Who cares about medicine cabinets after that?

Note: All names have been changed, including those of the dogs.

Lisa Lutz is the the author of "The Spellman Files"