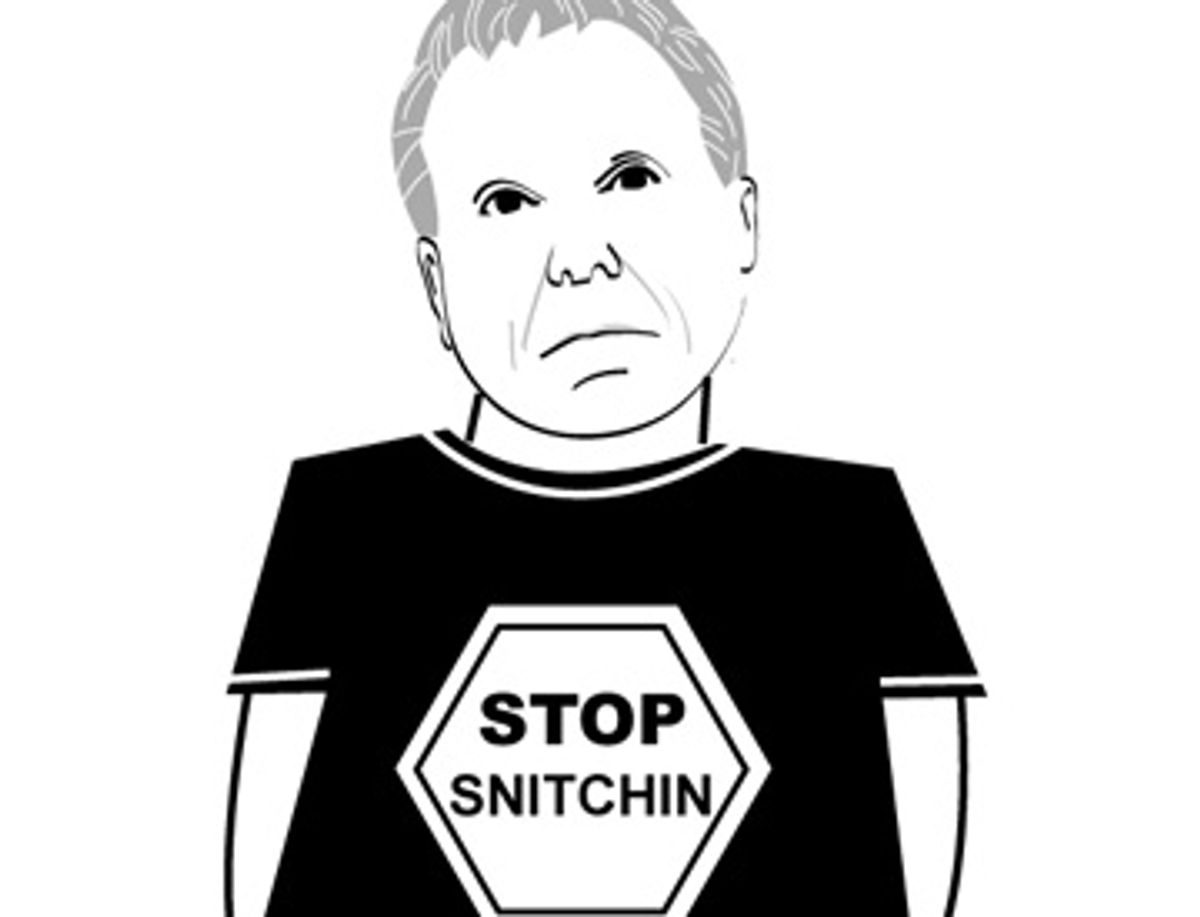 On Tuesday morning in a Washington, D.C., courtroom, Judge Reggie Walton will sentence I. Lewis Libby, former chief of staff to Vice President Dick Cheney, to anywhere from probation to 25 years in federal prison for perjury, obstruction of justice, and making false statements to federal investigators. Almost certainly Libby will receive no more than three years behind bars, since that's all the prosecution has requested, but if the students in my English Composition/Intro to Communications class had their way, Walton would probably spare him any prison time at all. My students are inmates at the Webster Correctional Institution in Cheshire, Conn., and they understand why Libby did what he did when investigators started asking him questions about Valerie Plame Wilson.

Earlier this year I asked these inmates to review newspaper, magazine and Web articles and prepare a presentation to the class based on this question: "Lewis Libby is scheduled to be sentenced this coming June 5 ... what sentence would you impose?" I asked them if he should be sent to prison and for how long -- and if not, what other, alternative penance he should do. Their answers revealed that they do not see Libby as a hero, but there is a strong strain of fatalistic empathy to their views.

I'm doing time because I didn't tell everything I knew. I didn't snitch ... If I had told everything there would have been trouble for me, even in prison. So Scooter did what he had to do.

There were a few dissenters and hard-liners. One inmate compared the relative fates of Scooter Libby and Lil' Kim -- the rapper who was sentenced to one year and one day in federal prison (and ordered to pay a $50,000 fine) for perjury. Lil' Kim was convicted of lying to a grand jury about the involvement of her entourage in a gunfight with the crew of a rival rapper outside a New York City radio station. "Kim and Libby both broke the law," wrote the inmate, "and as Kim got prosecuted so should Libby." In fact, suggested the inmate, Libby should be treated more harshly than Lil' Kim. Not only did the rapper eventually admit to testifying falsely and express remorse, but her crime, in his estimation, was less important. "If anything," wrote my student, "Libby's perjury should be taken more seriously because of the position he held."

But most of the inmates could relate to what Libby did and why he did it. For some, it was "an honor thing." For those students, Libby was faithfully complying with a code of silence that they see as the executive branch's equivalent of the stop snitchin' ethos driven home in rap lyrics and broadcast on T-shirts. As one student wrote: "The gang called the Administration is gonna take care of its own, and who wouldn't ... Finally, when all the smoke is cleared, it will go down in history as -- Scooter took one for the team. They'll take care of him. It's only right." As another wrote, "Scooter lied. We know he lied. We know why he lied. All of us have lied. But pretty much everybody knows who he lied for -- who actually did the crime."

Overwhelmingly, the inmates arrived at a stance both sympathetic and pragmatic, and many were open to the idea of a pardon. Some of those imprisoned for selling drugs view themselves as fall guys, minor players in the drug trade who were convicted and imprisoned because police and prosecutors were not able to get the goods on bigger fish.

It would be hard for me to go against Mr. Libby receiving a Presidential pardon ... Why would I deny him what I've been pursuing, and am still pursuing despite having been denied twice already? It wouldn't sit well with me to deny him something that I so desperately want for myself.

This inmate, sentenced at age 21 to a prison term of 34 years, does not expect to receive a full pardon.

But what I have hoped for, and want to be considered for, is a "pardon" in the form of a commutation. I have already been in prison for nineteen years. In that time, I have successfully completed courses in Anger Management, Alternatives to Violence, Thinking for Change, Families in Crisis, to name just a few ... I know I'm ready to function well on the outside. I'd like to get there sooner rather than later ... Mr. Libby may never have to submit evidence of "extraordinary circumstances" and post-conviction "exemplary conduct" to support a petition for pardon. More power to him.

Those who were not willing to extend the vice president's former aide a full pardon suggested that in lieu of time behind bars, there were other, more merciful punishments that might make better use of his talents.

I don't wish prison on anyone. Scooter no longer has what he valued -- the position, the power. Let the conviction stand, but have him serve his time where his brains might do some good. If he was so smart that he was the main man for the Vice President of the United States, have him help people who can benefit from his brain power.

Several inmates suggested that, given the role that alleged lapses of memory had played in his defense, Libby be sentenced to work with Alzheimer's patients.