Gary Sheffield is the latest to get shouted down for racial comments. Thing is, he seems to have had a point. 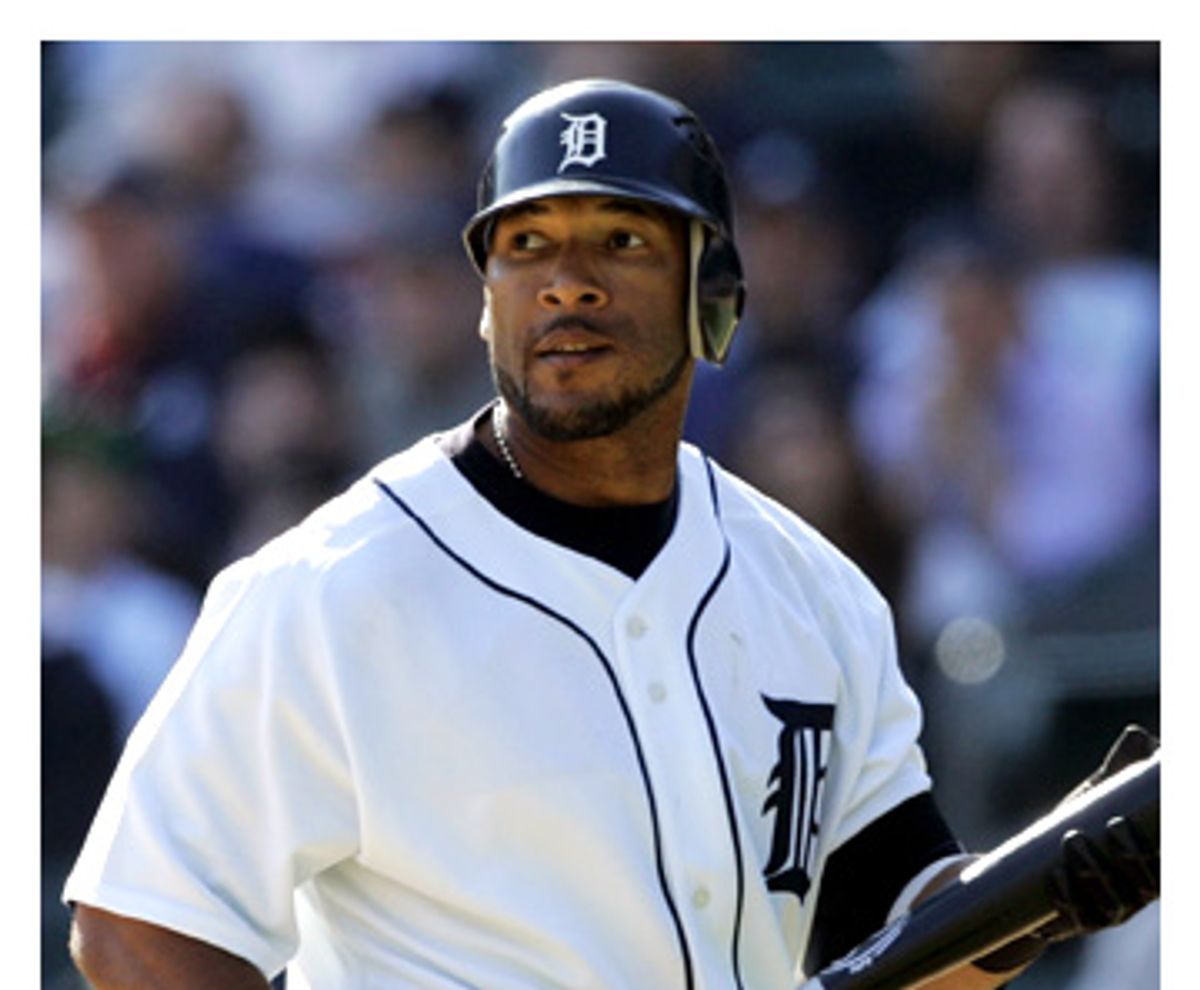 So now that we've ridiculed and vilified and slapped down Gary Sheffield for his supposedly racially insensitive comments in GQ magazine, is it safe yet to wonder if he had a point?

GQ asked the Detroit Tigers outfielder about the dwindling number of African-Americans in the major leagues, and he said the reason Latins have replaced American blacks as baseball's chief minority is because they're easier to control.

"These are the things my race demands. So, if you're equally good as this Latin player, guess who's going to get sent home? I know a lot of players that are home now can outplay a lot of these guys."

The machinery kicked in, as it always does when any public figure says anything about race that wouldn't be heard at a meeting of the Can't We All Get Along and Pretend We've Conquered Racism Society.

Sheffield gets something of a pass because he's black, and blacks can go further than whites with off-the-reservation racial commentary, but also because he's Gary Sheffield, who has been blowing hot air publicly since the early '90s.

It's never a bad bet that Sheffield's more or less full of it, but when he clarified his comments a few days later, it became apparent that he actually was trying to say something worth hearing, though he wasn't saying it very well.

"They have more to lose than we do," he said after expressing surprise that his original comments had caused a stir. "You can send them back across the island. You can't send us back. We're already here. So there are a lot of factors involved you look at. I'm not saying you can tell them what to do and it'll be 'yes sir' and 'no sir.' I'm just saying from a grand scheme of things."

Hmm. So whatever it is Sheffield is struggling to say, it's not fitting into a one-sentence sound bite, or if it is, Sheff's not the guy to make it fit. And it's pretty clear he's missing the biggest reason why Latins -- and, in a process that's really just starting, Asians -- are replacing American blacks in the majors, which is economic.

As Torii Hunter of the Minnesota Twins pointed out Thursday in a Fox Sports Radio interview in which he supported Sheffield's comments, international players aren't subject to the amateur draft.

"You can go to Latin America and get that same talent as a black player in Compton, and if he's in Compton, he gets drafted in the first round he's going to get $2 million," Hunter, who is black, said. "If he doesn't pan out, you're out $2 million, but if you go to the Dominican [Republic], Cuba or whatever, and you can get a guy for $2,000 and he doesn't pan out, you're only down $2,000."

An oversimplification, but essentially true. Chris Isidore of CNNMoney.com spelled it out beautifully just before Jackie Robinson Day: Though the draft limits the bargaining power of amateur players in this country, it also makes the international market more efficient for teams.

They can open an academy, develop players and sign the best of them without other clubs even knowing the kids' names. Open that same academy in Compton, say, and you're one of 30 teams with a chance of drafting the kid you want.

Combine that with the expense of playing youth baseball, and the economic reality of the United States, which is that blacks are generally poorer than whites -- even though, don't forget, racism has been conquered and people should stop bringing up race all the time -- and you have a system that funnels international players, mostly Latin Americans, and nonpoor American kids, who are mostly not black, into the pros.

But Sheffield was talking about how Latins can be controlled, right? Racist nonsense, right?

"I'm happy he said it," Sheffield's teammate Carlos Guillen told the Detroit Free Press. "I'm glad somebody spoke up." Guillen is from Venezuela.

"In my first year, in rookie league, I hurt my elbow and I played DH," he said. "In my first at-bat, I hit a double, and I missed first base. I was out, and they screamed at me. I didn't know what to say. If I had said anything, they would have sent me home. I was afraid to talk.

"That happens to every Latin player. They are afraid to talk."

Guillen then practically echoed Sheffield: "Black guys are different because they are already here at home," he said. "They understand what they [the people in charge] say, and they know what to do. They know the rules. We don't know the rules. So what are you going to say?"

Several Latino players have noted that teams provide translators to their Asian players, but no such courtesy is afforded Spanish speakers. So far, Asian players have mostly been fairly advanced pros, not amateur kids, and therefore not as likely to be pushed around even if they don't understand what's being said. Daisuke Matsuzaka isn't worried about getting sent home.

Free Press columnist Michael Rosenberg writes that former Tigers great Willie Horton told him he was shocked when he visited a minor league facility in Florida in 2001 and found Latino Tigers farmhands living in substandard conditions with no money, constantly afraid of being shipped home. "I gave them money for toothpaste," Horton says.

Those conditions have improved, Rosenberg writes, "but the attitude hasn't really changed. Compared with their American-born counterparts, Latino players are like migrant workers. They deal with lousy work conditions because the alternative -- going home, often to a poverty-stricken area -- is so unappealing. On every rung of the ladder, they are afraid of getting sent home. Yes, this makes them 'easier to control.'"

So can we agree that Sheffield wasn't just talking nonsense, that he was trying, without really succeeding, to get at an important issue?

Better yet, can we agree to actually for once listen when someone's talking about race, so that we can hear him if he does have something worthwhile to say? Can we agree to stop shouting down every person who dares to say anything about race beyond bromides about respect and dignity and harmony?

Because once we stop shouting and start listening, the damnedest thing happens. A conversation starts.