Can France's new president -- and the next American one -- begin to reverse the damage of the Bush era? 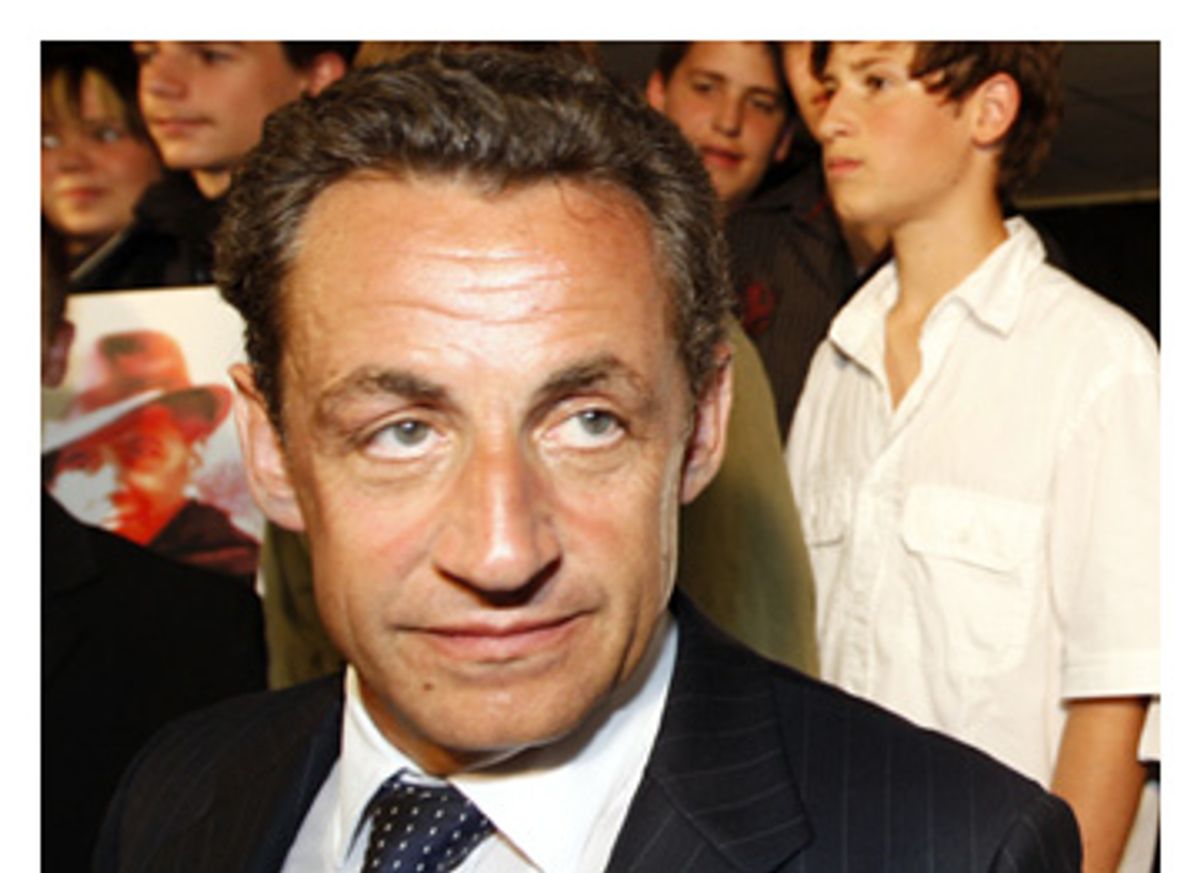 Tucked away on one side of the Luxembourg Gardens, in the heart of Paris, there is a small-scale replica of the Statue of Liberty. It was placed here just over a hundred years ago as a symbol of solidarity with the United States. Beside it is a little American oak tree whose origin is much more recent. It was planted by the president of the French Senate and the U.S. ambassador, "as a symbol of Franco-American friendship," on Jan. 30, 2002 -- not exactly the warmest time in that transatlantic relationship.

I watched passersby interact with this little tableau on a recent afternoon, at a turning point for French politics and perhaps for French-U.S. relations. Last Sunday, center-right President Nicolas Sarkozy's UPM party won a landslide victory in the first round of legislative elections. In the wake of Sarkozy's victory it might seem that France is moving to the right politically, while the United States, with Democrats in control of Congress and eyeing the White House, moves ever-so-gingerly in the opposite direction.

But although Sarkozy was often portrayed as a right-winger in the run-up to the French elections, it is important to recognize that in the U.S. he would fit squarely in the Democratic Party, perhaps even toward its left flank. His policies, relative to American politics, are strongly supportive of social welfare, labor-friendly and pro-environmental. And despite his hard-line stance and infamous "scum" remark against Muslim youth rioters in 2005, Sarkozy seeks to be inclusive of all strata of French society, while the labor policies of the traditional French left effectively work to exclude the underclass -- immigrants and their first-generation native offspring -- from truly joining the French workforce. (It should also be noted that his reference to the rioters as "scum," while obviously impolitic and offensive, was voiced in response to a question that referred to them as such -- a context that was quickly lost in the ensuing hail of criticism.)

It is still too early to judge the Sarkozy agenda, but if there is enough overlap between the Sarkozy government's worldview and that of the next U.S. administration -- surely there will be no great tête-à-tête with the Bush White House -- a propitious moment may lie ahead. Particularly if the next occupant of the White House is a Democrat, a new era of increased cooperation could flourish between France and the U.S. when it comes to trade, the environment, security and matters of war and peace.

Right now that possibility still seems out of reach. A U.S. diplomat based here told me recently how glad she was that her portfolio only includes "multilateral" policy issues. Her colleagues who have to deal directly with U.S.-French relations, she said, still face a much more uphill battle.

Some of the visitors to the little Statue of Liberty lent credence to this assessment. One group included three college students, two of whom posed for a photo in front of the statue. Each of them had an arm stretched upward in imitation of lady liberty's torch-bearing majesty. There was only one difference: One of the students used that outstretched arm and hand to extend a middle finger. "When I look at the Statute of Liberty, it seems ironic to me," he explained. "Then it symbolized freedom. But now, to me, America doesn't symbolize freedom anymore."

Gael and Delphine, Parisians in their late 20s, came by next. "The war in Iraq is the only thing French people think about when they hear 'the United States,'" Delphine told me solemnly. "Americans are not bad people," she added, "but they don't know a lot about other countries."

"There is a difference between the culture of the United States and the politics of the United States, and smart French people know that," her friend Gael said. "But maybe now, relations between France and America will be closer, because Sarkozy is an Atlanticist."

This may be the quiet hope of many French people. A manager of a large wine distributor here told me recently that among people he knows in his quintessentially French business, as well as in other fields, people are longing for a rapprochement with the United States. He said, only half tongue-in-cheek, that people in his industry were distrustful of Sarkozy because, like George Bush, Sarkozy doesn't drink. But he stressed that they were optimistic that Sarkozy's election would herald a new era in French-American relations beneficial to both countries. He said he hoped that the era of Americans' pouring French wine down the drain, both in the literal and symbolic sense, would be a thing of the past.

Sarkozy may be something of a right-winger by French standards, but he is a long way from the likes of George W. Bush. Remember: France is a country where even illegal immigrants automatically get free healthcare, where there is a statutory 35-hour work week, and where personal tax rates can run as high as 60 percent. And the result of Sarkozy's policies, if he manages to bring them to fruition, will be a country that still has personal tax rates of around 50 percent, that maintains strong protections on the rights of labor, and that could tax imports from countries that have not lived up to the environmental obligations of the Kyoto Protocol.

Recently, Sarkozy sharply criticized the Bush administration's environmental policies. On Iraq, he has said that his predecessor, Jacques Chirac, made a "good decision" in keeping French troops out, and he has challenged anyone to find a record of him supporting the 2003 invasion.

That said, Sarkozy "the American," as he has been called here, doesn't harbor the reflexive anti-Americanism some have come to expect from French leaders. And one gets the sense from talking to Europeans now that -- along with many Americans -- most of them are just preparing to breathe a deep sigh of relief in January 2009.

In the Luxembourg Gardens, a family of American expats also gathered to consider the little version of the Statue of Liberty. "Who can tell me why they gave us that statue?" the father asked his three children. The oldest, a boy who looked to be about 12, answered, "Because back then they thought we were good people." After a pause, and seemingly right on cue, his younger sister asked, "Why don't they think we are good people now?"

The father appeared unsure of how exactly to answer; he just smiled and patted his daughter on the head as they began to walk away from the small statue. The American oak tree next to it looked small as well, particularly in the shadows of the older French trees surrounding it. But although the oak was still aided by a small metal support structure a half-decade after its planting, it looked rooted enough to leave even cautiously hopeful visitors optimistic about its future.