In this interview and podcast, the director of the black comedy "You Kill Me" talks about embracing the weird and playing the tough stuff for laughs. 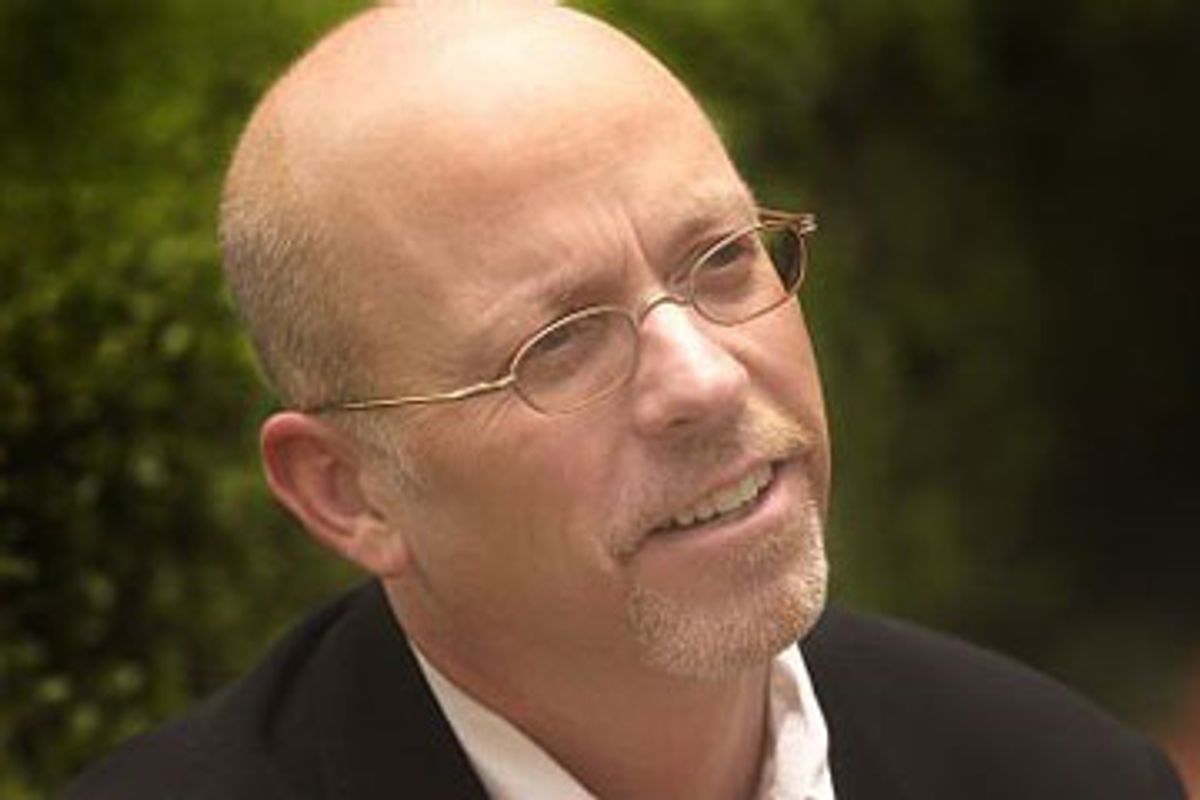 Director John Dahl might best be understood as a throwback. Not to the golden age of Hollywood, exactly, but maybe to the golden age of late-night TV, when well-made B movies, like his sexy 1994 hit "The Last Seduction" or his 2001 road thriller "Joy Ride," could have kept insomniacs rapt from coast to coast.

Dahl got his shot at the big time with the poker drama "Rounders," starring Matt Damon, in 1998. Despite the game's spreading popularity, the movie was perceived as a flop. Dahl threw in his cards and went back to making off-center genre movies on low budgets. It's probably where he belongs. His new picture, "You Kill Me," which opens June 22 in most major cities, features the unlikely pairing of Ben Kingsley as a monosyllabic Polish-American mobster and Téa Leoni as the tart-tongued saleslady who falls in love with him.

"You Kill Me" features murder, alcoholism, embalming, homosexuality, ethnic stereotypes galore and off-color jokes involving egg rolls. None of it's to be taken seriously in the slightest; what makes the movie so refreshing is its cheerful and total irresponsibility. Even though Dahl winced when I described "You Kill Me" as a love story, the film has near-classic elements of screwball comedy, with Kingsley and Leoni playing characters spectacularly unsuited for normal life, let alone love, but who find it anyway.

Visiting New York for his movie's premiere before packed houses at the Tribeca Film Festival, the 50-year-old Dahl was a friendly and unpretentious presence, eager to discuss "You Kill Me," the breadth of his career spent just outside the mainstream and his mystical connection with fellow David Lynch.

"You Kill Me" isn't an easy picture to summarize. What's your one-sentence pitch?

It's funny, nobody really wants to call a movie like this a black comedy. But we did a preview early on and we asked the audience how they would describe it. They all said, "It's a black comedy." So it's a black comedy about an alcoholic hit man who goes through a lot of changes. He meets a lot of other people who are just as damaged as he is.

Yes, and your alcoholic hit man is played by Ben Kingsley. I mean, we know he's this protean actor who can play any role, do any kind of accent, etc. But he's not necessarily your go-to guy if you're looking for a Polish-American hit man from Buffalo.

It's interesting, because Ben Kingsley had the script and he sent it to me to direct. So when I read the script, the decision I had to make was, is this a movie I want to direct, and is Ben Kingsley right for the part? I decided yes. I mean, I love what he did in "Sexy Beast," I love what he did in "House of Sand and Fog." He's just such a chameleon-like actor, and I was really intrigued by the fact that he saw himself playing this part. I've wanted to make a hit-man movie for years, and I love black comedy. So everything just lined up for me.

And he stars opposite Téa Leoni, who's always so entertaining and for some reason has never really become a movie star. She's a scream in this movie, kind of foulmouthed and a little mean and totally lovable because of that.

Yeah. I first saw her in "Flirting With Disaster," which I just loved, and I've wanted to work with her for years. I think she's really talented and funny, and I love it when she has acid dialogue and can just be who she is. These are the kinds of parts I like to see her in. She's just terrific in the movie.

If there's one word that describes this film, it might be that it's so totally inappropriate. [Laughter.] The hero's a professional killer, and his friends accept him anyway. Alcoholism is played for laughs. All these issues come up that usually demand seriousness, and this movie just refuses to take them seriously.

A lot of films feel so predictable. A movie's like a good pop song. It's verse, chorus, verse, chorus, refrain, chorus, chorus, end. A movie's like that too: You have to have your hero, your villain, your crisis. There are things we demand from that three-act structure. But even working within that structure, I'd rather make a script like this one [by Christopher Markus and Stephen McFeely] that was somebody's first screenplay, that's a little rough around the edges, that isn't necessarily so thought out and deliberate.

To me, that's a much more exciting adventure as an audience member, where I don't know exactly what's going to happen. These committee processes of making films have a tendency to sand down the rough edges. For me, and obviously for Ben Kingsley and Téa, they loved the script that they read. We wanted to make that movie and embrace everything that was weird about it.

You're the right age to have grown up watching the great old B movies on TV and in the theaters. I'm guessing they inspired you. Is it still possible to make those kinds of pictures?

It's awfully hard to be shocking anymore. All you have to do is turn on the news. There used to be kind of a polite line that the news didn't go across into salacious material. All the great noir movies of the '40s and '50s, they might be about, "Wow, that man was cheating on his wife!" In polite conversation, people didn't talk about that stuff. We're so saturated and inundated with that that it's hard to take people on that salacious ride. The ride is still available, I think. The subtext is still interesting.

Another thing you avoid in this movie is the standard-issue psychological realism of American movies. You know, at some point in the film we get that monologue where the character talks about his mother's death, or his abusive childhood, or whatever it is, and everything suddenly makes sense. There's none of that explanation here. We get Frank (Kingsley) and Laurel (Leoni) pretty much as they are, in the present tense. We never learn much of anything about their pasts.

That was hugely appealing. I loved the fact that the script just took off. In the writing, I felt like I knew enough about Téa's character from her dialogue. Even my 12-year-old daughter will go to the movies and say, "Oh, the big monologue." You know? It's refreshing to bypass all that -- it's a little like old-fashioned filmmaking. Of course we could have done all that, but we chose not to. So the choices of where Frank and Laurel live, what they wear, what they drive, will hopefully answer some of those questions for the audience. You don't have to set everything up.

"You Kill Me" is set partly in Buffalo and partly in San Francisco, but you made almost the whole movie in Winnipeg, Canada. Was that just from economic considerations?

It was absolutely economic. Under conventional filmmaking methods, this film would never get made. We shot in 26 days on a budget of $4 million. Manitoba and Winnipeg have a great little film community. We caught a little bit of winter, and parts of the city might look a little like Buffalo. It looks nothing like San Francisco, so I was able to convince our producers we had to shoot one day out there.

OK, you're from Montana and so is David Lynch. I can't think of any other directors from there, although there must be others. You make really different kinds of films, but you're both obsessed with genre films, with road movies, with a certain grade-B glamour. Maybe there's a shared sense of danger and a perverse sense of humor. Is there a Big Sky school of filmmaking?

Well, I'm flattered to be put in the same company, even if it's only because of a state. I really like David Lynch's movies, and I definitely relate to them. There's something very frightening about a place like Montana -- to be on a road by yourself in the middle of nowhere. There's a quality about Montana, a subversiveness about Montana. There are the grizzly bears and trout, the stuff that everybody's familiar with. But there's also the strange subversion of life in small towns, the dark undercurrent. David captures that so well in "Blue Velvet," and I find that incredibly compelling. To me, New York and Los Angeles are really straightforward. People say what they mean, it's all about money, whatever. In the middle of the country, it's a little like "Prairie Home Companion," you know? The glance or the look is more important. It's what people don't say, rather than what they do say.

Thirty or 40 years ago, somebody like you might be a studio director, cranking out genre movies that were simultaneously commercial and personal, with mid-level budgets and mid-level stars. That avenue's just not available anymore, and here you are in the middle of your career, making independent films fast and cheap. I take it you're not complaining.

No. You know why? It's the freedom to make the movie you want to make. Yeah, it's a business and we all have to make money. But I'm working in a business that gets to make art. It's a lot more satisfying to go home at the end of the day feeling euphoric, feeling like I can't wait to get to work tomorrow. How many people get to say that?