Try to guess the computer's secret word before it guesses yours. It's for puzzle nerds, but also for cool people, too. 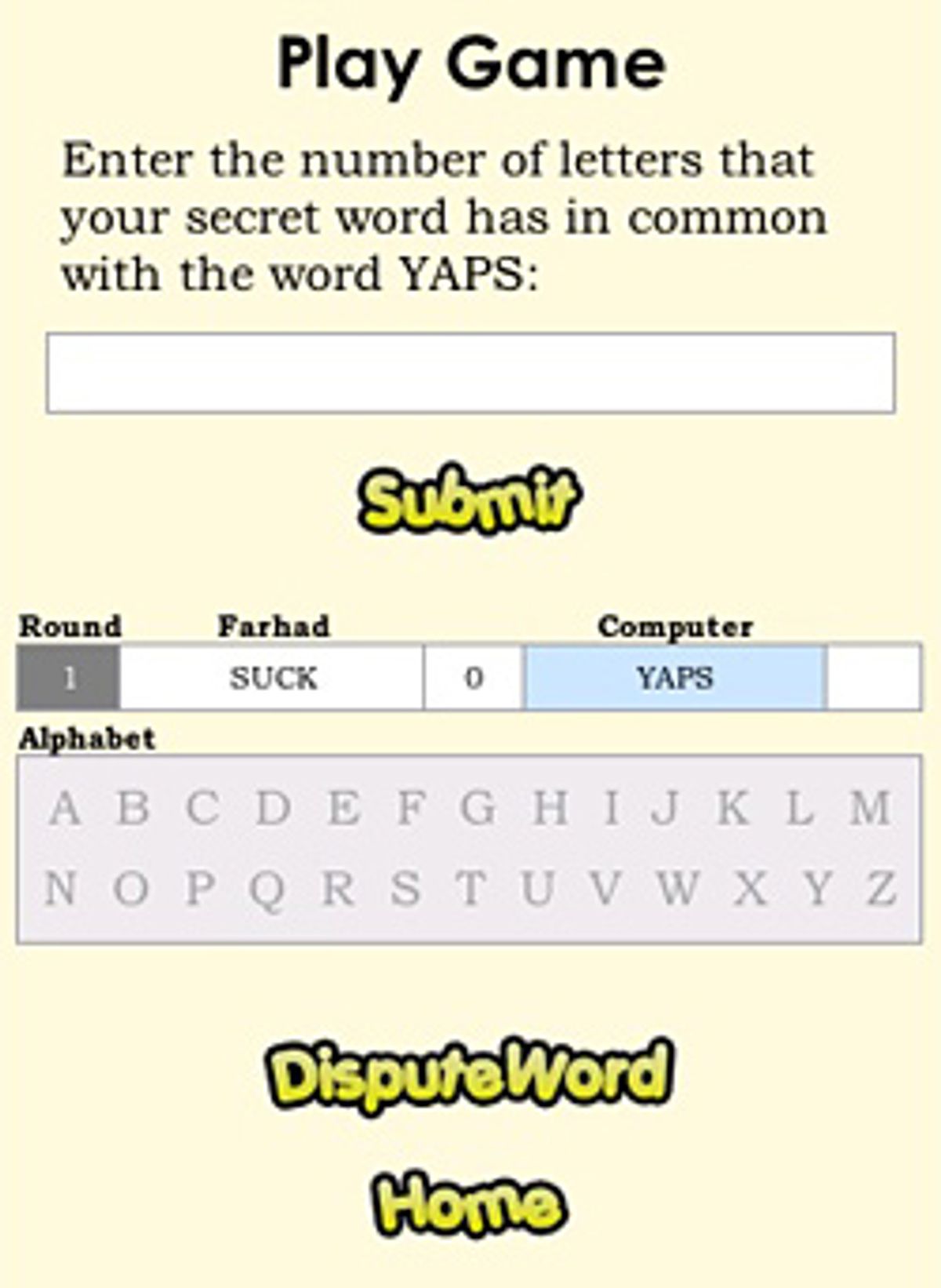 WordBreaker will appeal to traditional puzzle nerds -- crossword and sudoku addicts, you've got to try this out -- but you don't need to be good at words to ace it. It does seem to help, though, if your secret word isn't too common; trouble is, if it's too obscure, WordBreaker's dictionary might not recognize it. (Michaels-Ober has built in a dispute form to send him words that fail.) And to the cheaters out there, look somewhere else: You can't really change your word mid-game, because WordBreaker will know.

Try it out, and come back here to post your winning words.