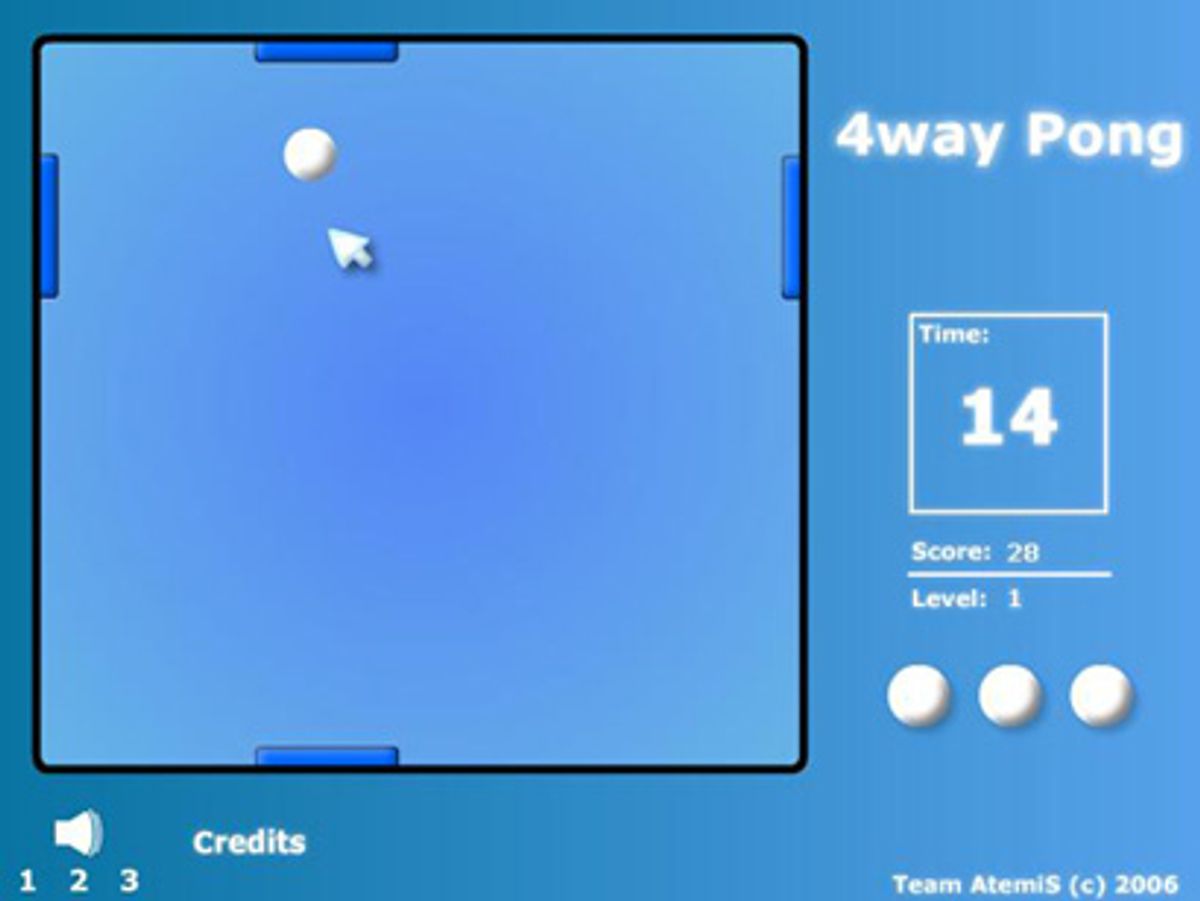 I'm too young to have seen Pong in the arcade, but like everyone else, I've played it many times on various other devices -- home consoles, PCs, even cellphones. There are also a host of interesting variants -- try out Curveball, for instance, a cool 3D Pong game that's wonderfully addictive.

Today I came across 4way Pong. Its title gives it away: "Just like Pong except you play against yourself in 4 directions," goes the description. You control the paddle at each of the screen's edges -- your vertical mouse movements move the left and right paddles up and down, while your horizontal movements control the top and bottom paddles.

The game achieves something like the Zen of Pong; you lose yourself in it, your mind, pulsing to the synth-pop soundtrack, mired in angles and trajectories. At first it's really difficult, but soon you learn the trick: Don't pay attention to the paddle, pay attention to the ball. If you simply follow the ball with the cursor -- or put the cursor where you expect the ball to end up -- the paddles travel to the correct spot. Not that this is easy, because the ball moves fast, and the paddles also add spin to the ball, as far as I can tell.

My best score during an hour of play: somewhere around 3,500. Let me know what you get.