The company announces a new "balance board" controller that lets you do push-ups and Hula-Hoops on a video game. 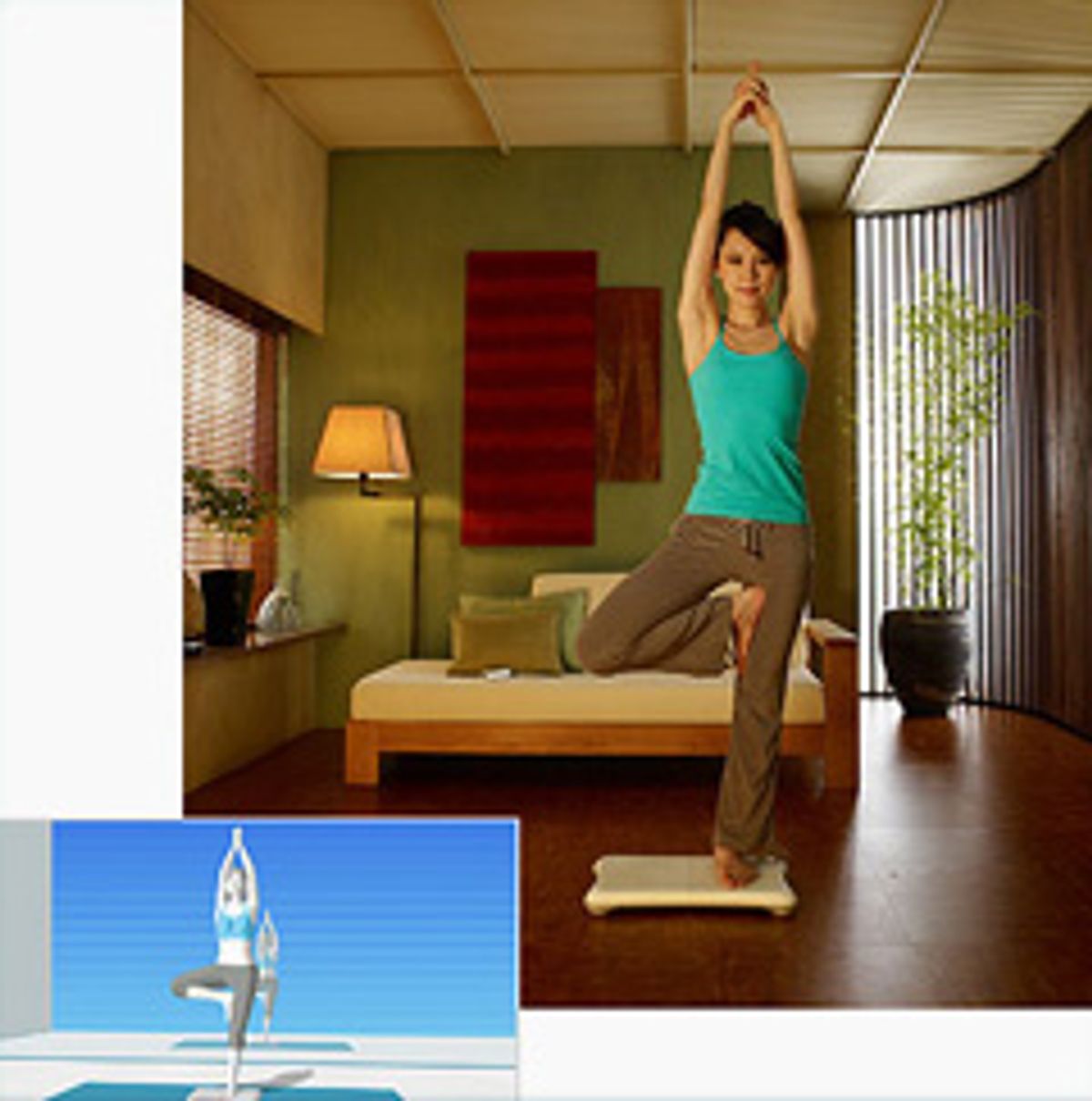 People have been talking up the Wii's fitness bona fides ever since it was released -- unlike most game systems, you can play Wii while standing up -- so today Nintendo announced it would make fitness a dedicated game.

The new Wii Fit looks rather awesome. The game, which the company says it'll put out next year, attaches to a new "balance board" controller, a bathroom scale-like slab you pitch on the floor and then stand on to play. The board's sensors measure how you move along its surface, translating your actions into aerobics, soccer, push-ups, or Hula-Hooping, to tell from the promotional site Nintendo just put up. (Be sure to watch the video there.)

Anti-gaming skeptics are sure to point out that if we really want to get our nation's kids slimmer, it's probably more profitable to ditch the video games and push them to play outside. Well, maybe so; but if it works as Nintendo says, the Wii Fit looks like it could make health fun. Nintendo also points out that the game lets family members check up on each other's fitness progress. And you know what they say: A family that aerobicizes together, stays together.