When a dad tells the world how doctors just put a device in his wife's "you know where" to measure contractions, it's surprisingly kind of charming. 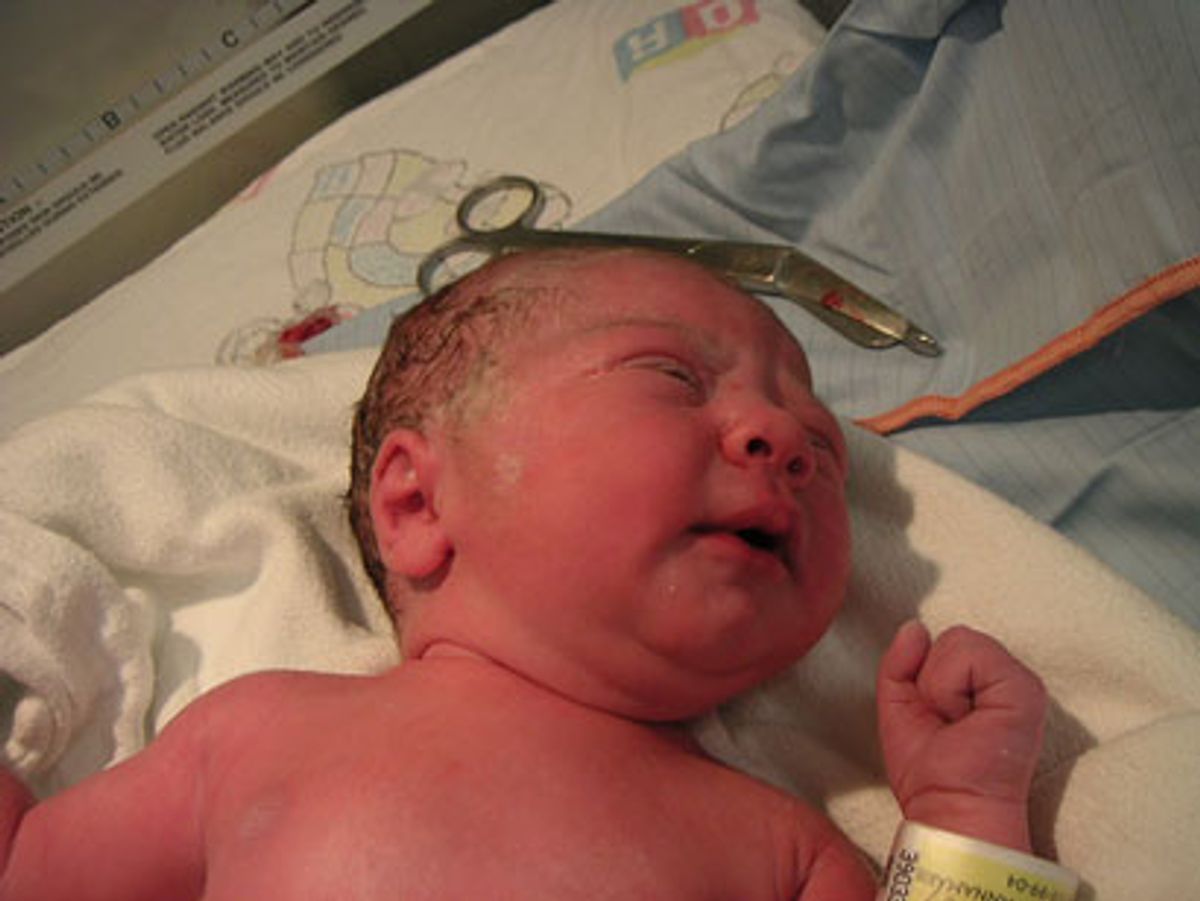 Paul Saarinen's wife Annamarie gave birth late on Thursday to a girl -- 7lbs, 21" -- whom they named Elle Marie Saarinen. The labor was a scheduled C-section. Paul and Annamarie got to the hospital -- Fairview Southdale in Minneapolis -- early in the morning, but the delivery ward was full, and they had to wait till around 3:30 in the afternoon to get a room. A funny thing happened then -- Annamarie's surgical gown wouldn't tie, and everyone could see her butt. Around 4:30 doctors broke Annamarie's water, but Paul missed the event because he was getting a sandwich. At dinnertime -- when Annamarie's cervix had dilated to around 2 cm -- doctors did an epidural. "I'm gonna be duped," Annamarie said then.

I know these intimate details because Paul, armed with a video camera, a laptop, Wi-Fi, and a host of other gadgets, "lifecast" the whole event on the social-networking site Twitter and the video-streaming site UStream.TV. You can also see pictures of the birth on Flickr.

I've long been wary of Twitter for its irresistible capacity to transform ordinary life into unpalatable streams of too much information. And I was prepared to turn my nose up at Paul's antics for the same reason -- come on, man, I don't need to know what they're putting up your wife's "you know what."

But as I read Paul's Twitter stream of Elle Marie's birth the story became more sweet than unsavory. For one, it helped relatives follow along (though, of course, complete strangers can too).

And while I don't know what Annamarie thought of it (she doesn't look angry in the video), I imagine her daughter will one day read the story -- her mother mooning the room, the scare as the baby's heart briefly decelerates, the parents becoming BFF with the nurse -- and find it charming. Or maybe she'll wish her parents would mind her privacy already.