A cheaper XBox gets a high-def digital port 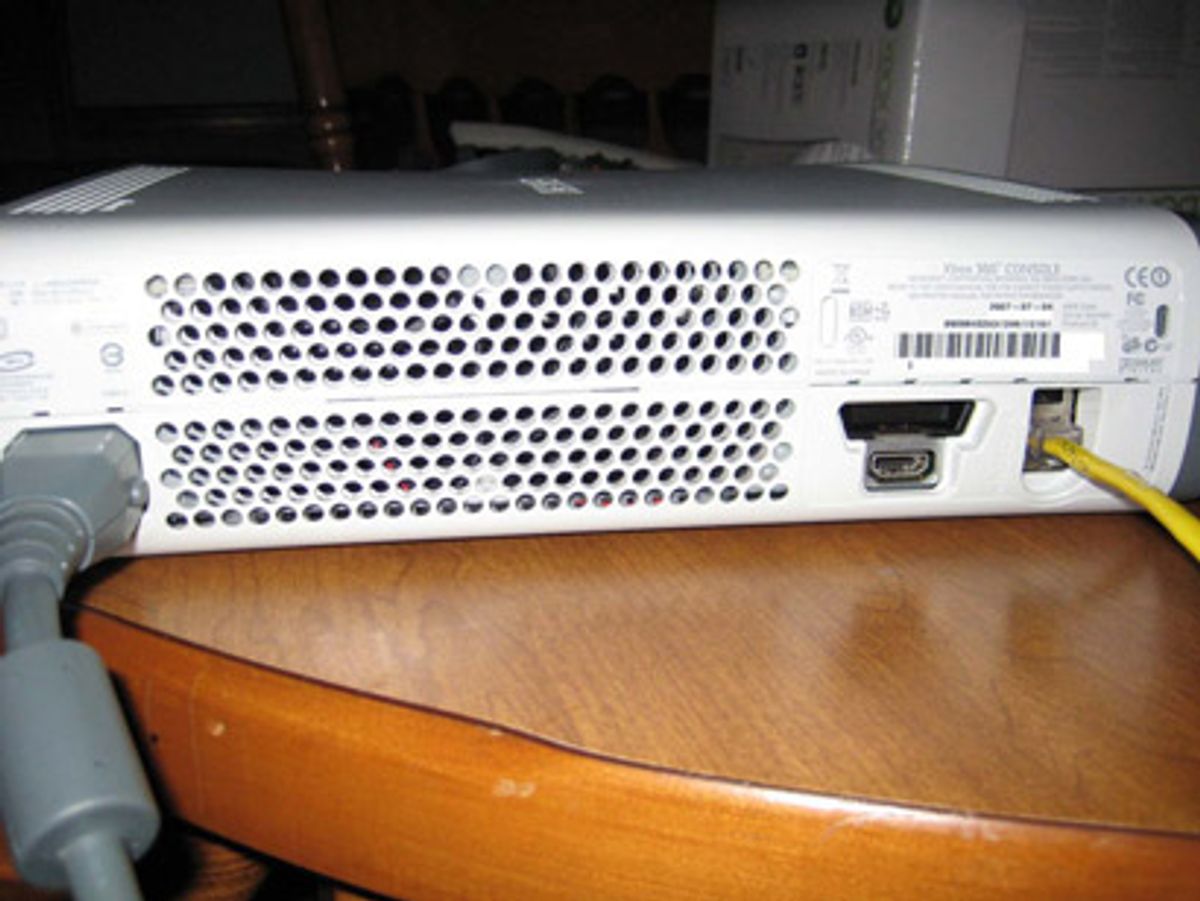 A commenter over at Shacknews recently opened up a new XBox 360 box and was puzzled to find a funny looking hole poking out the machine's backside. Just below the traditional audio-video jack, what was this? Oh, it's HDMI!

In the past, only Microsoft's top-of-the-line XBox -- the Elite -- came equipped with an HDMI slot, which ships video and sound from the console to a TV in a clean, purely digital signal. But in addition to making all XBoxes cheaper, which MS announced this week, the company seems also to have quietly added the digital out port to its $350 "premium" model.

This is an unadvertised feature; even the box, apparently, does not mention the HDMI inside. If you go out to buy a $350 360 today, then, it's possible you'll get an older model -- one that only includes analog cables, which still give you a high-def picture but with some potential (and imperceptible) signal distortion -- without knowing it.

The company says it has not announced any plans to add HDMI to the $280 XBox Core system.

But speaking of high-def spiffiness, let me ask you something: Do you even know or care that your console shoots out such nice pictures? Most likely, no. As the game site 1Up reports, the market-research firm the NPD Group has just released a survey showing that fewer than a third of 360 owners know that their consoles do high-definition video.

People who own Sony's Playstation 3 are similarly ignorant of their sweet setups: Only 40 percent know that their system houses a Blu-ray video disc player, and only half of those people regularly use the player.

This is really sad, folks. If you own an XBox or PS3, go out and buy a high-def TV. Plug it in: The world will come alive to you, I swear. You've never seen such polygonal goodness, and you'll never go back to dusty old standard-def.