If you think they hate us now

A Republican victory in 2008 could sink America's reputation in the world even lower. 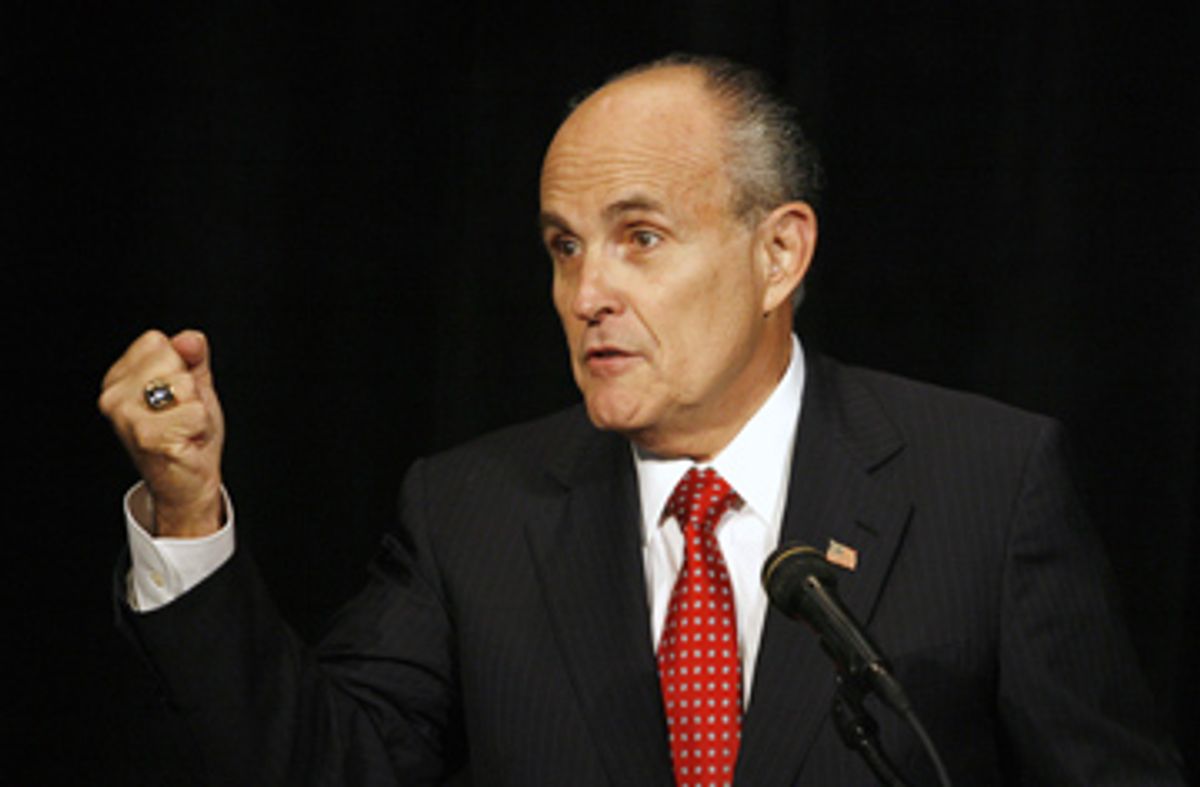 Even if George W. Bush is the most awful American president in modern times, as many historians believe, and even though he has brought the United States into unprecedented disrepute around the world, as opinion polls indicate, the bombastic tone of the candidates seeking to succeed him from his own party raises a disturbing possibility.

If the next president is a Republican, this truly bad situation could become still worse.

Concerning the Iraq war, of course, there is no discernible difference between the current president and his would-be Republican successors (with the exception of Ron Paul, the libertarian antiwar candidate from Bush's home state of Texas). The leading GOP contenders have all endorsed the current escalation of U.S. forces. They all share the president's determination to keep our troops there indefinitely. They all insistently echo Bush by linking the invasion and occupation of Iraq with the attacks of 9/11.

Yet beyond the horrors of Iraq and the excesses of the "war on terror," for which history will hold him culpable, Bush at least has acknowledged the importance of reaching out to the world's Muslims (although he tends to reach out too often with bombs and a torture technique known as waterboarding). In his rhetoric, the president usually seeks to distinguish the religion of Islam, which he has honored in the White House on many occasions, from the murderous perversion of that faith. And in his best moments after 9/11, he has defended the rights of Muslim Americans to live here without suffering persecution or prejudice.

Perhaps Bush's efforts deserve to be dismissed as little more than lip service, but semantics matter. The Republicans most likely to win their party's presidential nomination constantly use language that is meant to inflame anger against Muslims for political advantage.

During the last Republican debate, on Aug. 5, Rudolph Giuliani eagerly provided an example of this syndrome when he attacked the Democratic presidential candidates for failing to describe terrorism as Islamic. "During four Democratic debates," he complained, "not a single Democratic candidate said the word [sic] 'Islamic terrorism.' Now, that is taking political correctness to extremes." To him, the absence of that phrase in their speeches, no matter how tough their stance against terror, proved that Democrats are guilty of "weakness and appeasement." The other Republicans, again except for Paul, agreed -- although as John Dickerson of Slate has pointed out, that phrase is also assiduously avoided by the Bush White House.

There is an obvious reason not to say "Islamic terror," which stupidly suggests that terror is indeed Islamic, as the ideologists of al-Qaida would argue. There is also an obvious reason to say that same phrase -- if you believe that we are careening toward a war of civilizations and your aim is to inflame.

Throughout his career, Giuliani has pandered to the far right on Mideast policy. More than a decade ago he made a fool of himself on the world stage but became a hero to the religious right and Likud extremists when he told his aides to eject Palestinian leader Yasser Arafat from a Lincoln Center concert during the United Nations' 50th anniversary celebration in New York. He played to the cheap seats again after 9/11, when he ordered the return of a $10 million charitable donation to a victims fund returned to a Saudi prince who had urged more balance in America's Mideast policy.

Like many other Republican candidates, Giuliani has a limited understanding of Islam and Islamist movements, despite his claims to expertise. Not long ago, he told Charlie Rose that the West must be on guard against the "Islamic Brotherhood," which doesn't exist. (The PBS host noted that Giuliani probably meant the Muslim Brotherhood, a relatively moderate Islamic party that isn't much of a problem compared with al-Qaida or Hezbollah.)

Mitt Romney, his most formidable rival at the moment, uttered a similar gaffe during a debate last May, when he jammed all of Islam into a single hostile juggernaut. "There is a global jihadist movement," said the former Massachusetts governor. "And they've come together as Shi'a and Sunni and Hezbollah and Hamas and the Muslim Brotherhood and al Qaeda with that intent." A more ignorant description of the Islamic political and theological dispensation is difficult to imagine, but Romney's clumsy conglomeration reflected fears that are common on the Republican right.

Stoking those fears may serve the immediate interest of a politician courting primary voters, but even the Bush administration understands that turning a billion Muslims against the West is a losing strategy. Every time an opportunistic candidate blames Islam for terrorism, that grim prospect grows and the possibility of a modern Muslim movement for peace, development and democracy recedes. The president understands this danger, however dimly, but too many in his party do not -- and at the moment they seem all too eager to encourage the indiscriminate and bigoted oratory that he has rejected.