A company synonymous with the aggressive pursuit of failure decides it's time for a "fresh identity." 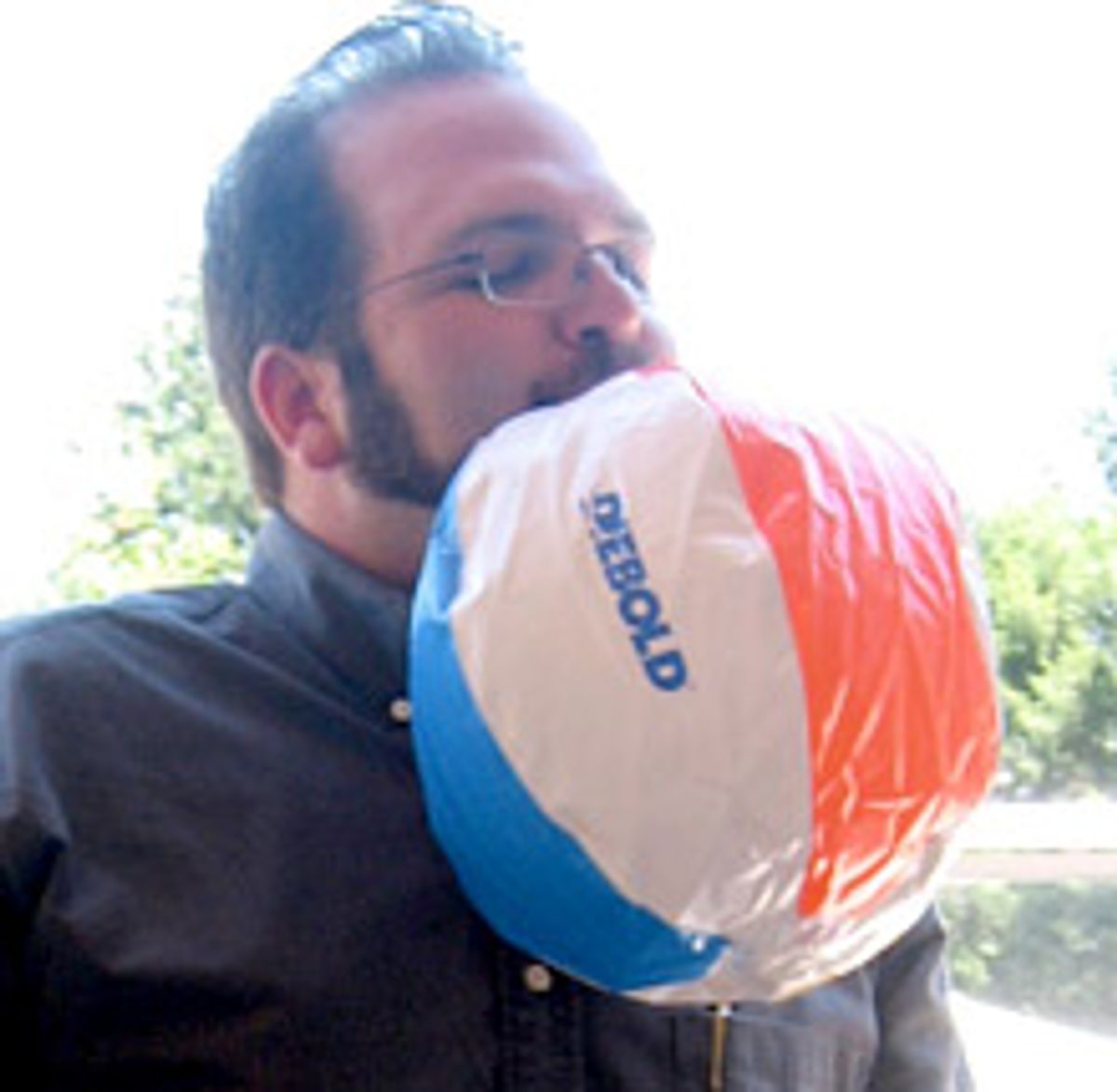 "Diebold Election Systems" are three words synonymous with the aggressive pursuit of failure. Not only did the company badly implement a dubious concept -- unverifiable electronic touch-screen voting machines -- but it did so with determined flourish, letting its code and internal communication leak out onto the Web; employing as a chief executive a man who declared he was "committed to helping Ohio deliver its electoral votes to the president next year"; abusing copyright law in an attempt to quell its critics; and, among many other caught-red-handed indiscretions, deleting criticism of itself from Wikipedia.

No wonder, then, that Diebold Election Systems has decided to steal a page from the playbook of that paragon of corporate responsibility Philip Morris (aka the Altria Group): Diebold will erase its sorry history with a simple name change!

Henceforth, when reaching for an example of mind-boggling incompetence, please say "Premier" rather than "Diebold," because Diebold Election Systems is now Premier Election Systems.

The name change, the company says in a press release, "signals a new beginning" and a "fresh identity" -- though in the same release the firm concedes that it will still be making and pushing the same sorry voting machines (machines that, as Princeton computer scientist Edward Felten and his colleagues showed last year, are actually vulnerable to a virus-based attack).

Why the name change? Well, Diebold's got a lot of other businesses -- it makes ATMs and security systems for health firms and for the government, and the election subsidiary has always been something of a sideline. Lately it became an embarrassing sideline, dragging down Diebold's good name. That's why, a couple of years ago, Diebold moved to sell the unit. Shockingly, it found no takers.

Now, along with the name change, the parent company (which will remain Diebold) is creating an autonomous corporate structure for Premier, further distancing itself from ineptitude. David Byrd, who headed Diebold Election Systems, will run Premier.

The company also drastically lowered its earnings expectations for the year. Previously Diebold expected to make more than $185 million on elections in 2007; now, due to the "rapidly changing political environment" surrounding voting technology (read: politicians across the land realizing that running elections on such systems is maddeningly stupid), Diebold says sales will drop by about $120 million.