In his Watergate memoir, the would-be president is remarkably honest about his conflict as a loyal Republican confronted with his president's perfidy. Imagine such a Republican today. 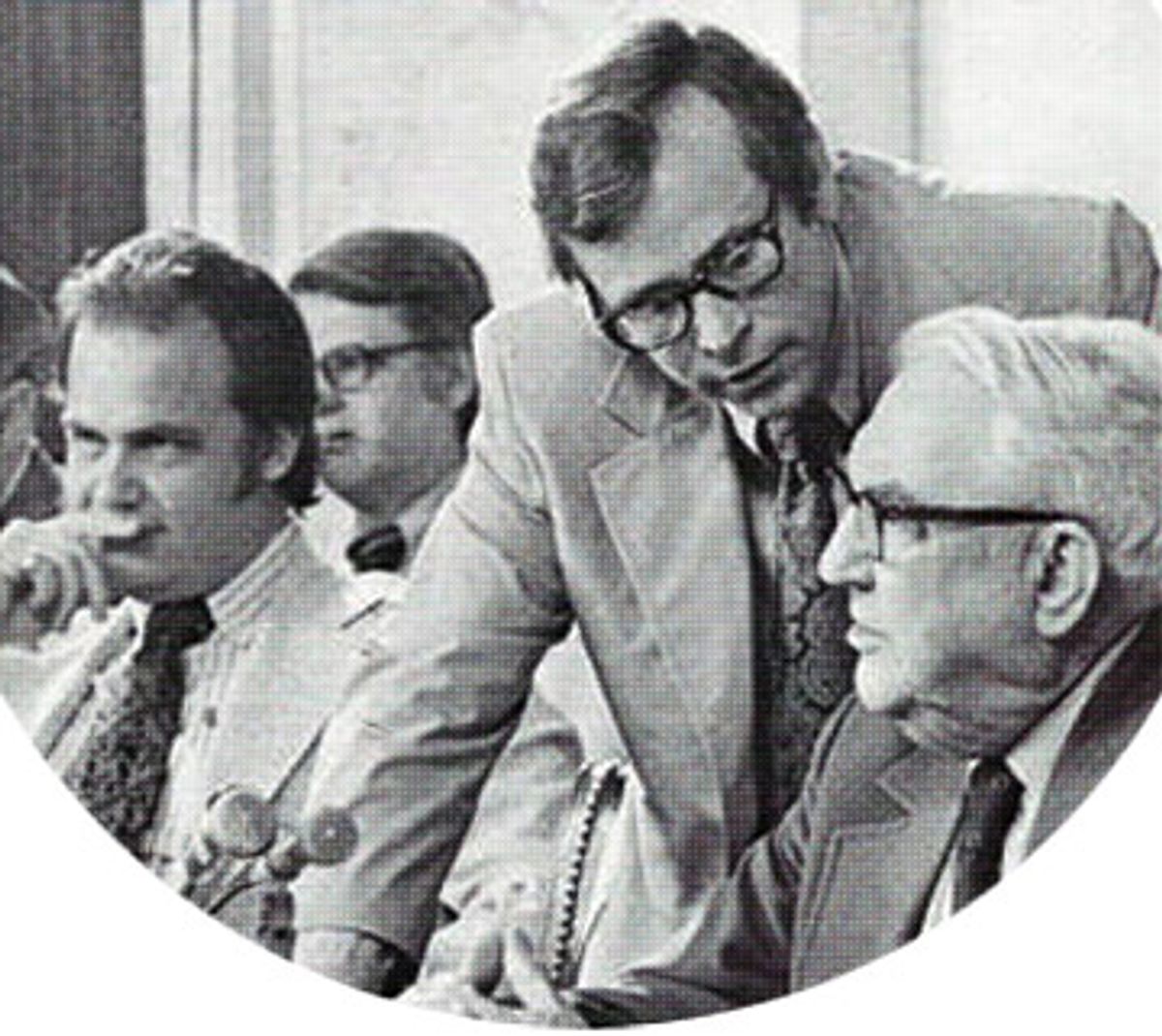 Books by presidential candidates generally boast the authenticity of Karen Hughes channeling the inner thoughts of George W. Bush in a quickie autobiography concocted for the 2000 campaign. But occasionally -- as with Barack Obama's 1995 "Dreams From My Father" -- a would-be politician publishes a book before he can afford a ghostwriter and before he acquires aides to scrub every sentence for any human revelation.

That is the intrinsic fascination of Fred Thompson's 1975 Watergate memoir, "At That Point in Time," completed nine months after Richard Nixon's resignation and long out-of-print. With Thompson, the "Law and Order" star who spent eight years in the Senate from Tennessee, poised to enter the Republican presidential race next month, a used copy in "good condition" was available as of yesterday from Amazon.com for the bargain price of $127.24. The period photograph on the back cover probably justifies that price -- it shows a Brylcreemed Thompson in a heavily patterned sport shirt sitting under a tree with his long-haired first wife, Sarah (they divorced in 1985). The couple is separated by a gym bag holding a tennis racket sheathed in a covering adorned with the seal of the U.S. Senate.

A protégé of Sen. Howard Baker, the 30-year-old Thompson was vaulted in early 1973 from the back rooms of Tennessee politics to the klieg-lighted center stage as the Republican counsel for the Senate Watergate committee. As Thompson recounts at the beginning of the book, "For me, as for millions of other Americans, Watergate did not ring many bells in the winter of 1972-73 ... My only reaction to the case had been a vague feeling that every political campaign has a few crackpots who cause embarrassment."

"At That Point in Time" can be read as the story of Thompson's 18-month odyssey from this semi-informed Watergate skeptic to a grudging convert in the bipartisan consensus that Nixon had to go. But Thompson's narrative also offers perspective on 21st-century politics -- especially the full-throated cries by some antiwar Democrats for the impeachment of George W. Bush.

Had it only been Democrats back in 1973-74 calling for the president's scalp, Nixon would have served two full terms in the White House. What brought down Nixon was the growing realization by mainstream Republicans like Baker, the vice chairman of the Watergate Committee, and on-the-make GOP operatives like Thompson that a cancer was indeed growing on the presidency. Without genuine bipartisanship, an impeachment drive aimed at Bush (or Dick Cheney) is apt to yield little more than the Republicans' Starr-crossed zealotry in pursuit of Bill Clinton.

Written in a self-deprecating style that could be described as Washington Aw-Shucks, "At That Point in Time" (the phrase refers to a verbal tic used by many Watergate witnesses) is surprisingly candid about Thompson's two-faced role as he vacillated between aiding an impartial investigation and periodically offering back-channel alerts to the Nixon White House. "What should be the role ... of the committee's Republican lawyer?" Thompson asks rhetorically early in the book. "Two alternatives were apparent: to act as a self-appointed defense counsel for the White House ... or to seek to outdo the Democrats," Thompson writes, before modestly claiming that "I decided that I was probably placing too much importance on my own role in the process."

As was rediscovered by the Boston Globe last month, Thompson on his own authority alerted White House counsel Fred Buzhardt that a committee witness (Alexander Butterfield) was about to testify that Nixon had installed a secret taping system in the White House. As Thompson explains his motivation in the book, "I wanted to be certain that the tapes were not a trap for the committee" and "I wanted to be sure that the White House was fully aware of what was to be disclosed so that it could take appropriate action." There was little admirable about Thompson's backstage machinations, even though he would receive public credit as the committee staffer who initially questioned Butterfield during the public hearing.

But Thompson was honest in describing the cognitive dissonance he felt as a loyal Republican confronted with mounting evidence of Nixon's perfidy. "In retrospect," he writes, "it is apparent that I was subconsciously looking for a way to justify my faith in the leader of my country and my party, a man who was undergoing a violent attack from the news media, which I thought had never given him a fair treatment in the past. I was looking for a reason to believe that Richard M. Nixon, President of the United States, was not a crook."

This passage also illuminates the mental gymnastics that today's Republicans are willing to perform to justify their continued support for Bush as president. For every anti-Iraq war activist who implacably believes that the president "lied us into war," there may well be a Republican equally adamant that, at worst, Bush and Cheney believed their own propaganda. Despite the ethical and legal questions raised by the wanton firing of nonpartisan U.S. attorneys, no one has yet unearthed evidence directly implicating Bush himself in the scandal. For impeachment, you need hard evidence rather than a daisy chain of supposition, which is why Watergate added the phrase "smoking gun" to the political lexicon.

"At That Point in Time" offers a more intriguing window into Thompson's personality than any TV spot or campaign speech. What shines through is his unflappable self-confidence as a Senate staffer, even during his first months on the Watergate committee. Thompson recounts a bitter telephonic shouting match over press leaks with Republican Sen. Lowell Weicker, a Connecticut liberal who was as much a publicity hound as a Nixon critic. At one point, Thompson shouted at Weicker, "I'll say any damn thing I want about any staff member." Only after Weicker angrily hung up the phone did Thompson belatedly realize that this was not the traditional deference that Capitol Hill aides showed senators.

It is ironic, given Thompson's later movie career, that he purports to being stunned by the public's reaction to the televised Watergate hearings. "Until then," he writes, perhaps a trifle disingenuously, "I had not fully appreciated the power of television or the fact that anyone who gets sufficient television exposure as a newscaster, an actor, or the Pillsbury doughboy, is an overnight celebrity."

Thompson's own career in elective office, which began with a successful 1994 Senate race, was fueled by his cinematic celebrity rather than his Watergate walk-on. But, as Thompson ruefully realized when it was all over, Watergate could have tarred him permanently.

"I often wondered," he writes in the most fascinating passage in the book, "what might have occurred if, on arriving in Washington, convinced of the president's innocence, I had called the White House and assured [H.R.] Haldeman or [John] Dean that I could be counted on to see that Nixon got a fair shake." Thompson imagines that had he chosen this route of pure GOP partisanship, the White House tapes would have featured Haldeman bragging to Nixon, "We've got the minority counsel in the bag." As the ambitious Tennessee lawyer puts it, "Such a naive and basically innocent action on my part would have destroyed my credibility and damaged my professional reputation."