Michael Moore brings the world a 102-minute commercial about himself, "Captain Mike Across America." Could that have been his dream all along? 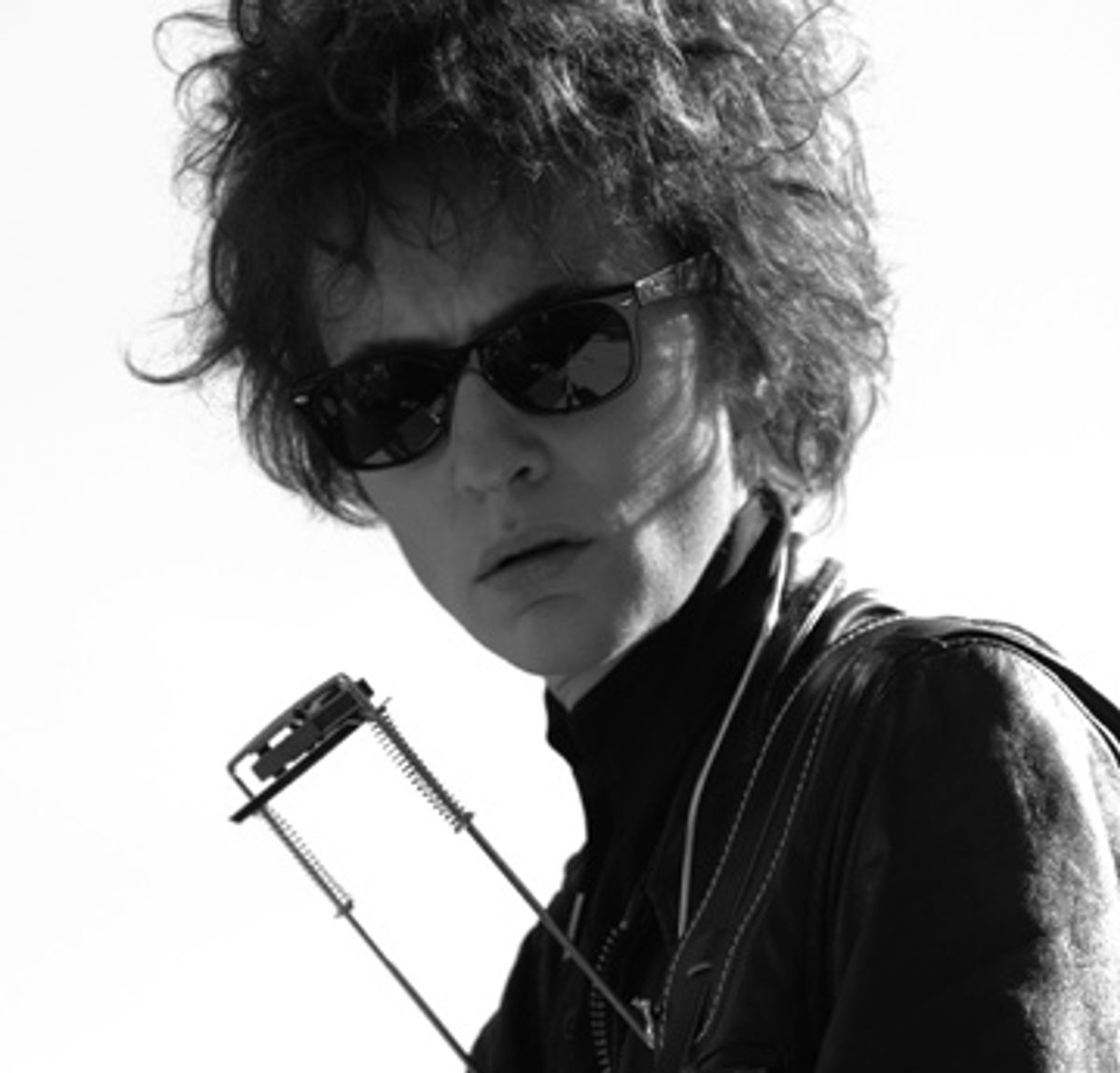 One of the weirdest records of the '70s was "Having Fun With Elvis On Stage," which consisted wholly of spliced-together patter from the King's live shows, a full two sides of Elvis repeatedly muttering "Thank you very much!" and asking for a drink of water. "Captain Mike Across America" is Michael Moore's "Having Fun With Elvis On Stage." I'm not sure exactly why this movie exists, although in a twisted way, maybe it's somewhat admirable: It seems that Moore has finally made a 102-minute commercial for himself, which possibly has been his dream all along.

I saw "Captain Mike Across America" at a press screening here on Thursday night, at the end of the first day of the Toronto International Film Festival. The screening was held in a theater with a capacity of about 580. I arrived very early, fearing the thing might be crowded -- but I'd be surprised if there were 100 people there, maybe even as few as 50. Is Moore losing some of his magic with the festival-going press, which he could always count on for a reasonable amount of support, or at least some copy? I could almost hear tumbleweeds blowing through that theater; that could be partly because the screening began at 10:15 p.m., by which time any moviegoer's energy level might be a little low. Or could it be that Moore's dud logic and relentless self-congratulation are finally starting to grind down even those who essentially agree with his politics.

This is Moore's record of his Slacker Uprising Tour, a project he undertook just before the 2004 election: Moore traveled to cities across the country, focusing on college campuses, hoping to galvanize apathetic nonvoters and get them to the polls to defeat Bush. Moore reached out to the laziest potential voters among the student population, tossing packets of ramen noodles (he reasoned that they're a staple of slacker diets everywhere) and new underwear into the crowds. I remember seeing news reports about it at the time: It seemed like a clever and amusing little stunt, the sort of thing that certainly couldn't hurt the Democrats' cause and maybe even could help, just a little.

But when Moore does come up with something genuinely funny, you can bet he'll run it into the ground. "Captain Mike Across America" consists largely of shots of auditoriums full of people cheering and beaming with adoration as Moore bounds onstage, basking in the love he's sure they feel for him. People cheer and beam in Nashville, Tenn., in Tallahassee, Fla., in Madison, Wis., and in Elk Rapids, Mich. Moore responds with the phony humility of a rock star ("Hello, Cleveland!") before proceeding to tell the assembled faithful just how bad this George Bush character really is -- and reminding us, of course, that he himself should get full credit for opening Americans' eyes to the lies of the Bush administration with "Fahrenheit 9/11."

"Captain Mike Across America" is a shameless act of self-promotion even for a shameless self-promoter like Moore. The crowds are so glad to see him, you'd think he was the Virgin Mary shimmering in a grotto. Of course, some crowds are not glad to see him: He faces trouble in Utah, where a rich entrepreneur offers to pay the university that has booked him a huge sum to cancel the appearance. (The event's promoters, to their credit -- not Moore's -- don't budge.) Moore always pretends to be of the people and for the people, but he never lets us forget who's really the star of his show. Here, he has a host of celebs -- or near celebs -- to fluff his kingly robes, or at least reverently pick a few nubs of lint off his sweatshirt. Joan Baez performs at one of the rallies, praising Moore's forthrightness and bravery before warbling her way through the Finnish -- yes, Finnish -- national anthem. Eddie Vedder appears in all his flannel-shirted earnestness before a Seattle crowd, announcing that he has decided to play a Cat Stevens song, since Stevens (or Yusuf Islam, depending) couldn't be there that night. Vedder thrills the audience with a reverent rendition of "Don't Be Shy," and then Moore comes onstage, professing his love for the song before reminding us how very important the First Amendment really is. The crowd seems pleased: They love that nice, peaceful Cat Stevens fellow, and they may have a vague memory of some fatwa thing involving Salman Rushdie, but that was a long, long time ago, and it's really not that important anymore.

As I mentioned, this is the first day of festival screenings here in Toronto, and while I feel somewhat virtuous for sitting through the Moore, I'm also -- at the end of just half a day of movies -- already starting to feel pangs of festival regret. I missed the only screening of Jacques Rivette's "The Duchess of Langeais," which I sorely wanted to see. Rivette is one of the key, but lesser-known, figures of the French New Wave, and though his more recent pictures don't match the majesty or playfulness of earlier ones like "La Belle Noiseuse" and "Celine and Julie Go Boating," I always want to know what he's up to. I also missed "Secret Sunshine," by South Korean director Lee Chang-dong, a picture many of my colleagues raved about from Cannes. But there will be more chances to see it; it will play the New York Film Festival next month, so there's no time for regret. One of the lovely things about this festival is that it's such a point of pride in the city. The sight of people lined up to see a movie in a theater -- with other human beings, complete with all their noisy, annoying imperfections -- is rare enough anywhere these days, and it's wonderful and energizing to see it. No matter what I missed today, there's always tomorrow.