Madeleine L'Engle wrote children's books that were too complicated for grown-ups. I'll miss her. 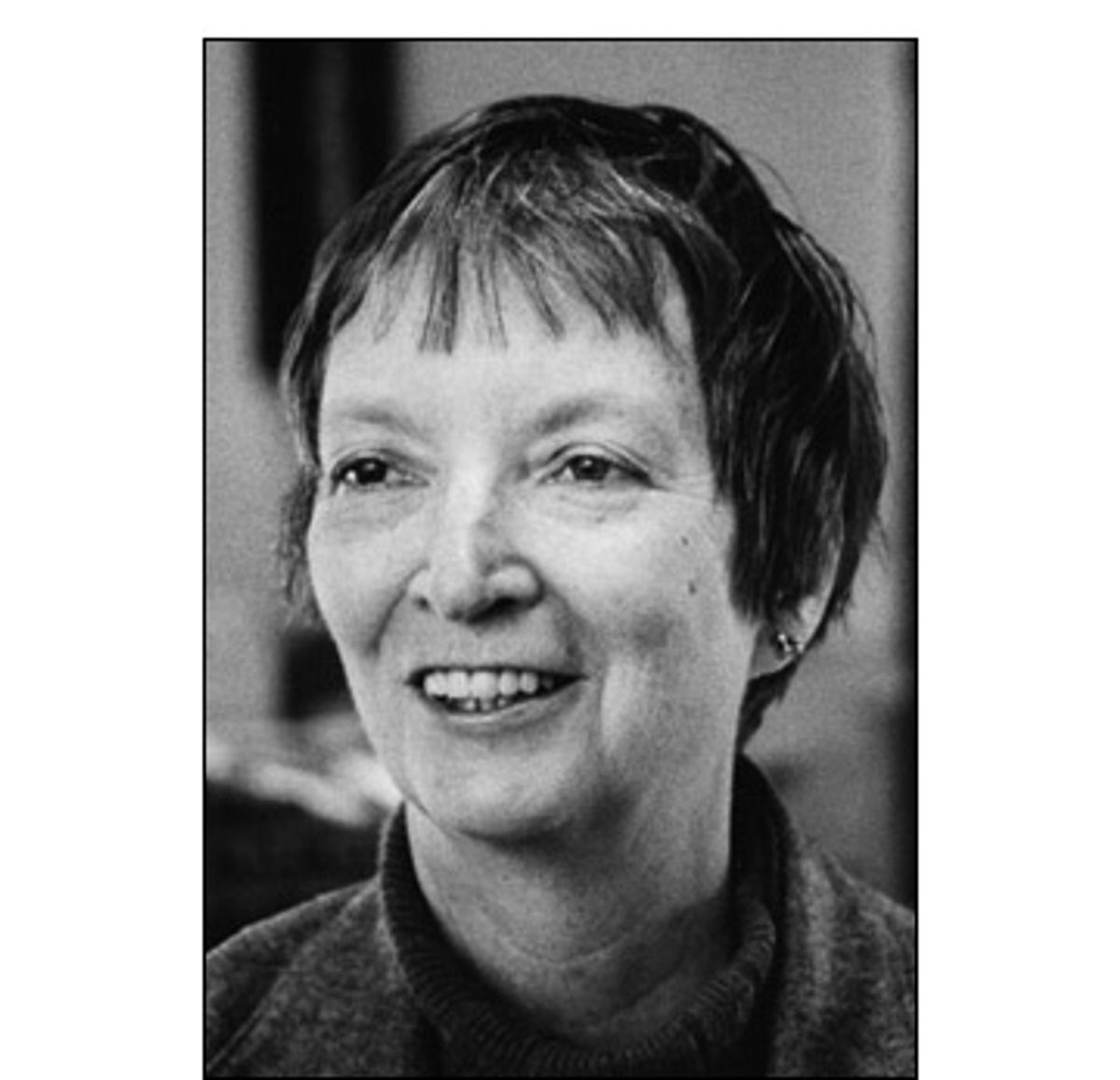 I got the news Friday morning, hunched over my laptop in a coffee shop, and it forced me out of myself, tossed me sharply back in my seat. I took a little breath. I said, "Oh!" a little too loudly. I disturbed the young man in an Atlanta Falcons T-shirt sitting quietly beside me.

Perhaps this sounds grandiose, but I'm serious -- I felt the loss deeply, personally. I was bewildered at the death of a woman I'd never met. Because, to me, Madeleine L'Engle was more than a writer. She was what a sixth grader in an English class -- taking hold of her masterpiece, "A Wrinkle in Time" -- might call a theme. For those of us who write for children, she was a gold standard, a symbol. She was an example of what one could accomplish without succumbing to the easy tropes and obvious forms of fantasy or young adult or science fiction.

Of course, L'Engle wrote all of those things -- fantasy, Y.A., science fiction. But in doing so she reinvented the wheel, she made a bigger, better wheel. Fairies and witches weren't enough for her. Nor were spacemen, time travel or high school romances -- though all of these things, boiled together, created the landscape of her stories.

Nothing was enough for L'Engle. As an author, she danced with demanding philosophical questions and toyed with quantum physics. She wrote about faith with devotion, dabbled in ethics, psychology, myth, art, politics and nature. And she blended everything into stories that describe the crushing complexity of a child's life in this century. Her books are timeless, but at the same time contemporary. She made art for children, real art.

Of course, she also wrote for grown-ups: more than 60 books -- poetry and essays, novels and meditations, memoir. Her adult works contained the same complex ideas, ideas she never exhausted -- treatments of magic and faith and science and government -- challenging and digesting all the rules of the universe. L'Engle was the name I threw around in defense of children's literature, the evidence I could toss at my friends who wrote "serious" books of literary fiction or poetry, and say, "Children's literature isn't just easy genre writing -- see!" I lumped her with J.R.R. Tolkien, Lewis Carroll and C.S. Lewis, as a brilliant writer who just happened to speak to children.

But unlike those other guys, L'Engle was alive! Literally: living in my own era. She knew what the mediocre halls of my middle school were like. In addition to understanding magic, she understood the world I lived in.

L'Engle once said, "You have to write the book that wants to be written. And if the book will be too difficult for grown-ups, then you write it for children." And this line of hers, which has been taped above my desk ever since I decided to try to write for kids, still rings true. It shows such deep respect for children, and for the complicated means through which they approach the world. The difficult language children speak.

She wrote for everyone, but L'Engle's books for children were of a different order. They harnessed the full power of her invention, and created a world we could not have imagined independently. She possessed something beyond ordinary human vision; L'Engle had epiphanies. Her creatures and imaginary worlds were both more imagined and more real than most, in part because of the deft way she blended science and religion into fantasy. She managed to define magic in terms that seemed honest, and in doing so made magic more true. To compare L'Engle's universe to the stuff cluttering the post-Harry Potter marketplace is to compare a unicorn to a goat with one horn sawed off: real enchantment standing beside something that approximates felt hat and white rabbit magic. That kind of creation is not a gift many authors possess. We may imagine what an angel might say, as we recognize a cartoon angel in flowing robes and a Hallmark halo. But it's much harder to imagine a new kind of angel and give it a new kind of voice. Or a tear in the space-time continuum, for that matter.

Here's the thing of it: L'Engle wrote with the complexity of the best adult authors and poets, only she did so in a way that a sixth grader could understand. A sixth grader could follow her logic, embrace her characters, sense the themes of good and evil, man and nature, science and faith, and, without feeling overwhelmed by the book, simply enjoy a good read. But when that sixth grader turned into a seventh, or eighth, or ninth grader, or -- God forbid -- an adult, she or he might find even more.

Remember the cherubim from "A Wind in the Door"? How he insisted on being called a cherubim (instead of a cherub) because he was "nearly plural"? Remember all his many eyes and wings? That was L'Engle -- all eyes and wings, constantly moving. Different things to different people, at different stages of understanding. A million surfaces, all of them true.

What soothes me is that when I saw the awful news, reacted so strongly, disturbed the boy in the Atlanta Falcons shirt, he looked up and asked what was wrong. And when I told him the news, he looked at me with a shocked expression, sat back in his chair, and said, a little too loudly, "Oh!"

Madeleine L'Engle -- if she wasn't all things to all people -- was many things to many people. Which is more than most of us can ask for.

Laurel Snyder is the author of the forthcoming novel (for kids), "Up and Down the Scratchy Mountains" or "The Search for a Suitable Princess" as well as a book of poems (for grownups), "The Myth of the Simple Machines." She blogs regularly about children's books at kidliterary.blogspot.com.