Our fourth annual award to the most underappreciated show in all of TV land. 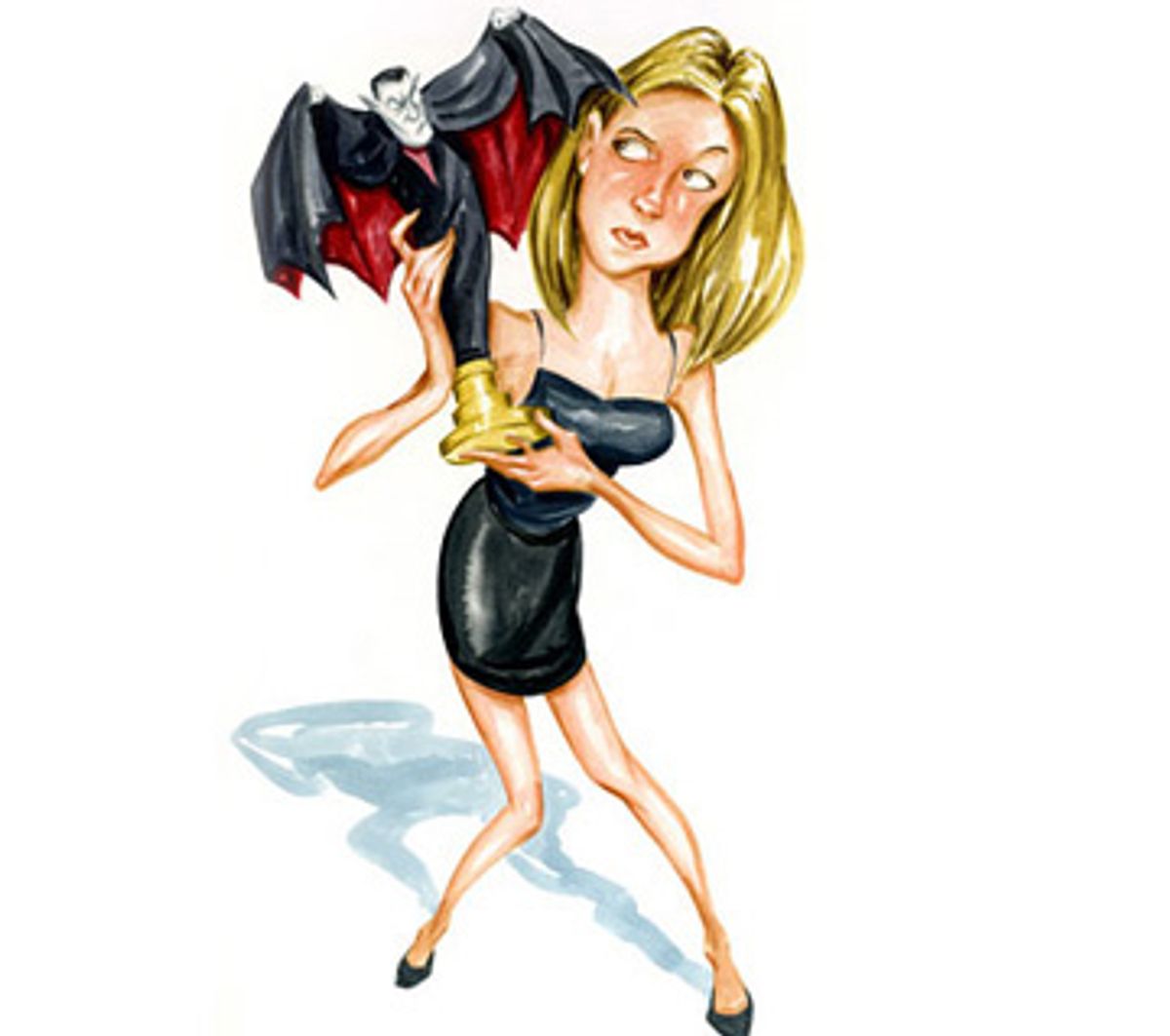 This year's Buffy, an annual token of our deep and abiding love for a relatively underappreciated TV show, goes to ... "Friday Night Lights"!

You'd think that if you trotted out the most original depiction of the modern American family since Tony and Carmela bickered over an open refrigerator, you'd reel in countless viewers and a big sack full of Emmys to boot. Not so for "Friday Night Lights." Despite developing into the most dynamic and heart-rending drama on the small screen and garnering glowing praise from swooning critics and passionate fans alike, this prime-time gem still hasn't attracted the ratings or the little golden statues that it so rightfully deserves.

Sure, we've sung its praises, more than once before. Together we prayed for a Hail Mary pass from NBC, which demonstrated its faith in this promising rookie by renewing its contract despite low ratings. Will a solid sophomore season secure "Friday Night Lights'" position in the family drama hall of fame? Only if you get off your sorry ass and watch it! (The second season premieres 9 p.m. EDT Friday, Oct. 5, on NBC.)

But don't take our word for it. Ask anyone who watches regularly, and you'll see in their eyes how madly in love with this show they are. Something in the small-town, pesky but lovable, in-your-business, regular-folks flavor of "Friday Night Lights" feels like home. While so many sitcoms and dramas alike have mutated into the realm of perky, overstyled, bantering professionals, a shiny, idealized picture that either feels too giddily happy or too heavy, "Friday Night Lights" shows us real Americans living regular lives, enduring the indignities of frustrating, dead-end jobs, grappling with narrow-minded co-workers or neighbors, ushering up laughter in spite of family arguments, and doing the best with what they have. While the football team wins or loses, the heart of this story lingers, like life so often does, somewhere in between: Whether it's Tyra, a teenager battling her own low expectations, even as she sees what that did for her bitter single mom, or Jason, a handicapped former quarterback trying to find a life that makes sense now that his biggest dreams have died, the characters of "Friday Night Lights" are challenged to face their weaknesses and dig deep. Sometimes they frustrate or anger us, but we always find ourselves cheering them on in the end.

And of course Connie Britton and Kyle Chandler are absolutely mesmerizing in their embodiment of the eye-rolling annoyances and gentle teasing of the modern marriage. Those two bring so much warmth, humor and realism to every interaction that you can't pry your eyes away from them.

But what's impossible to express, what can only be experienced by watching a handful of episodes, is that "Friday Night Lights" has so much heart and sweetness, so much love for normal people with big dreams, that it has the power to give you a lump in your throat every single week. This is not just another cynical invention, not just another hopelessly slick, expertly fleshed-out formula. There are plenty of well-made shows on TV today; this is that rare show that just feels right. When you watch it, you get the sense that everyone involved in this production lives through this story, they believe in it, they care about and respect these characters, and they're committed to bringing something honest and beautiful to your TV screen. "Friday Night Lights" has tons of soul, and it deserves to be around for a long, long time.