Football fans: How to return a lost digital camera

Using a chain letter for a good deed. 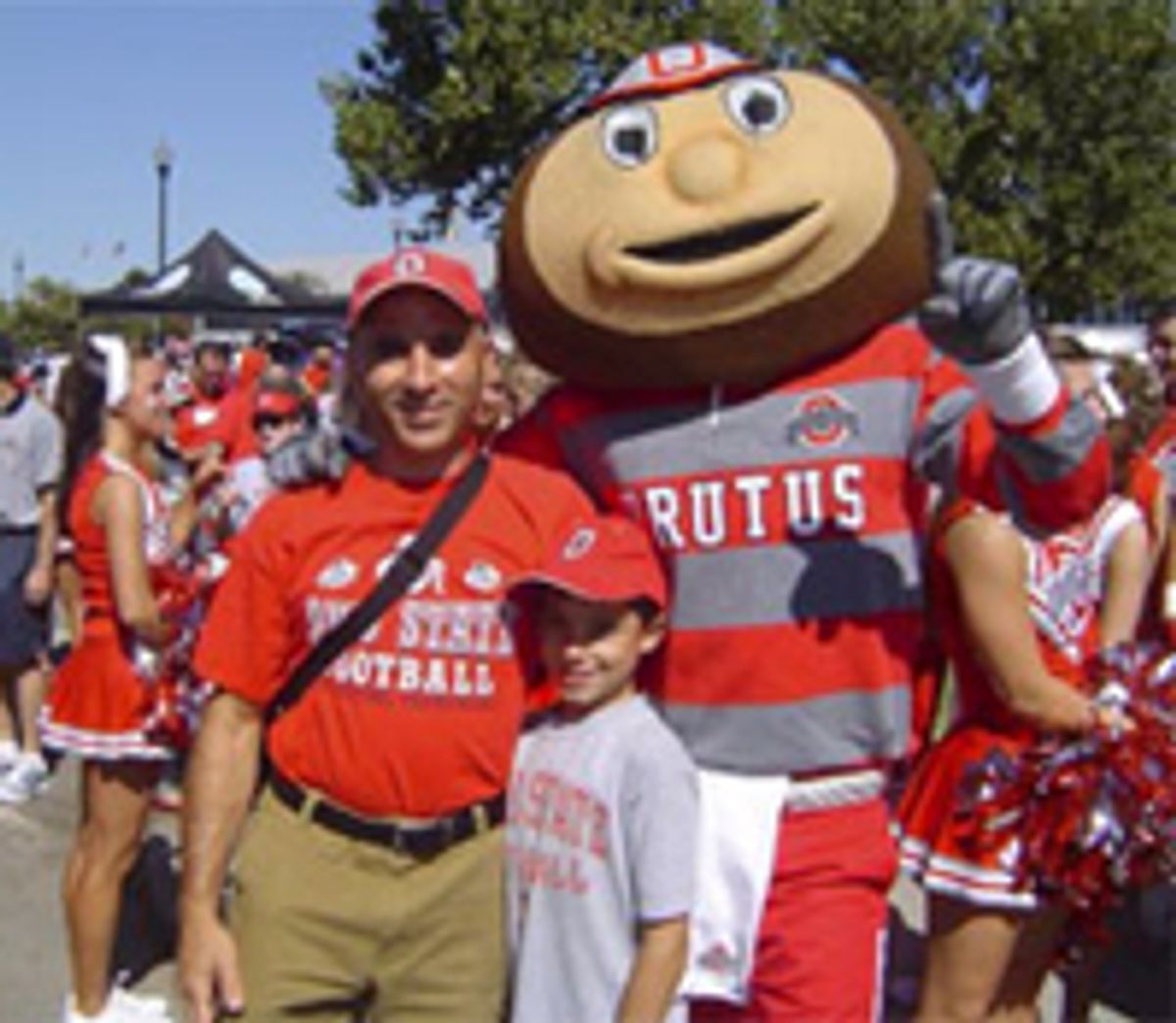 Earlier this month Michelle Montgomery, a human resources consultant who lives in Clintonville, Ohio, found a digital camera while she was at an Ohio State Buckeyes game. She could have returned the camera to the stadium's lost-and-found office, but she didn't think that would work. (She probably doesn't know about the U.S. Department of Lost and Found.) But when Montgomery clicked through the photos on the camera, she noticed the owner was a Buckeyes fan, and she had an idea.

Montgomery e-mailed the photo -- of a dad and his kid posing with team mascot Brutus Buckeye -- to 14 of her friends. (Aside: Seriously, Buckeyes, this is your mascot? The guy is a student dressed in Buckeye regalia. I don't mean that there's a student inside the costume -- which there is -- but that the costume depicts a student wearing the team's colors. You chose this over a papier-mâché nut?)

In her e-mail, Montgomery asked her friends to send it to all their football-loving friends, who would send it to theirs, and so on. Just two days and hundreds of e-mails later, two messages landed in the in box of Kevin John, the camera's owner. He's the guy in the picture, along with his son and Brutus. He contacted Montgomery and got his camera back.

Montgomery's take on the unlikely situation: The Internet's really powerful. "Think of the way we could use it if we wanted to do something meaningful and powerful in the world. It shows we really are all tied together," she tells the Columbus Dispatch.

So true. And there you are, news you can use: To return a digital camera, e-mail a chain letter.