The courage of Mayor Jerry Sanders

Grab a hankie and watch San Diego's Republican mayor explain why he changed his mind to support gay marriage. 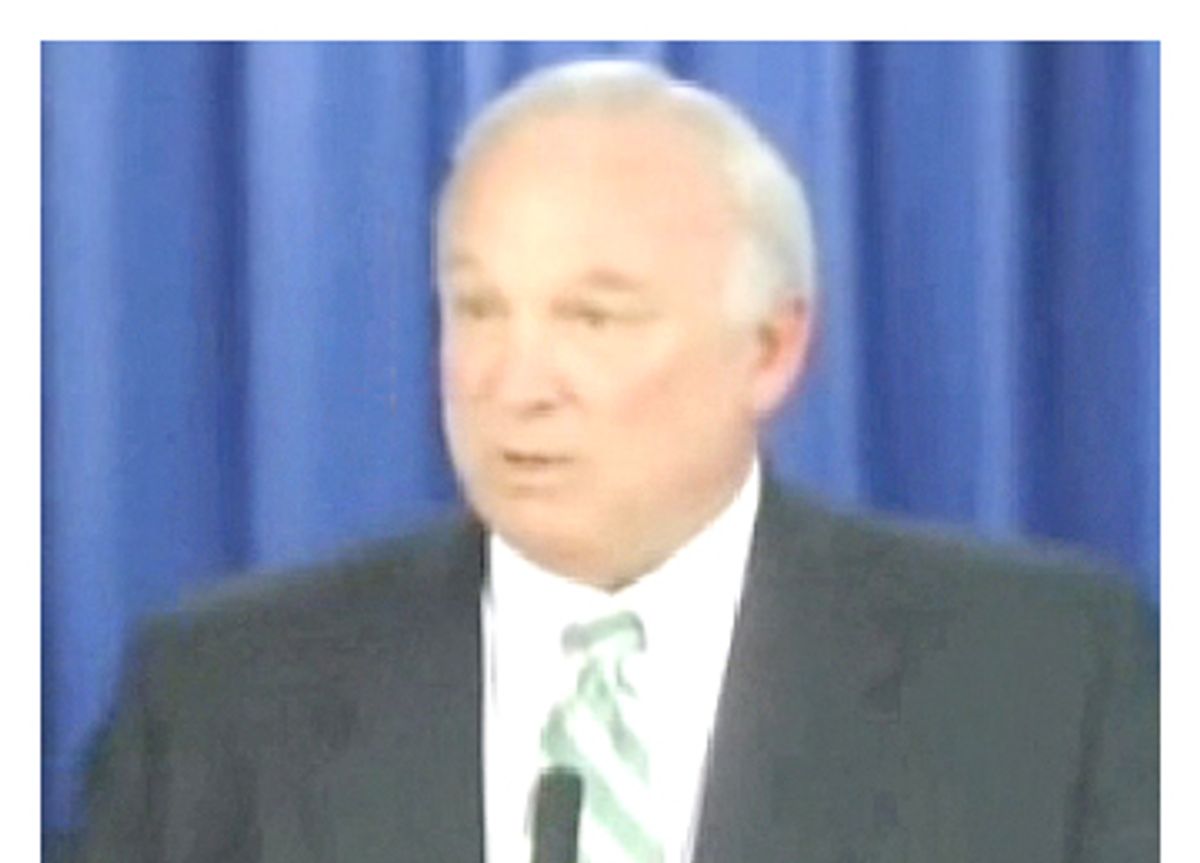 This is the way necessary social change happens. It starts out unthinkable, and then one day it's inevitable.

I'm not going to spend much time describing San Diego Mayor Jerry Sanders' statement about why he changed his mind and supports gay marriage. Watch the video, below. (Don't watch it if you can't afford to have a good cry this afternoon.) Sanders, a Republican, explains that he planned to veto a City Council resolution supporting efforts to overturn California's ban on gay marriage, but he changed his mind when the resolution reached his desk. Things get dramatic at about 1:55 in the video:

"The arrival of the resolution to sign or veto in my office late last night -- [pauses] please excuse us -- forced me to reflect and search my soul for the right thing to do. I've decided to lead with my heart, which is probably obvious at the moment, to do what I think is right and to take a stand on behalf of equality and social justice."

He tells reporters that his daughter Lisa and members of his staff are gay, and explains: "In the end, I could not look any of them in the face and tell them that their relationships -- their very lives -- were any less meaningful than the marriage that I share with my wife, Rana," Sanders said.

I myself was a cowardly civil unions supporter, until San Francisco Mayor Gavin Newsom started marrying gay couples at City Hall three years ago, and the sight of thousands of gay people, from all over the world, lining up to exercise this basic human right changed my mind forever. San Diego still isn't San Francisco, and this isn't a political no-brainer there, the way it was for Newsom. Mayor Sanders is a hero today.

Grab a Kleenex, and press play.