Why Democrats are afraid to raise taxes on the rich

Could it have something to do with the recent affection of hedge-fund managers for the Democratic Party? 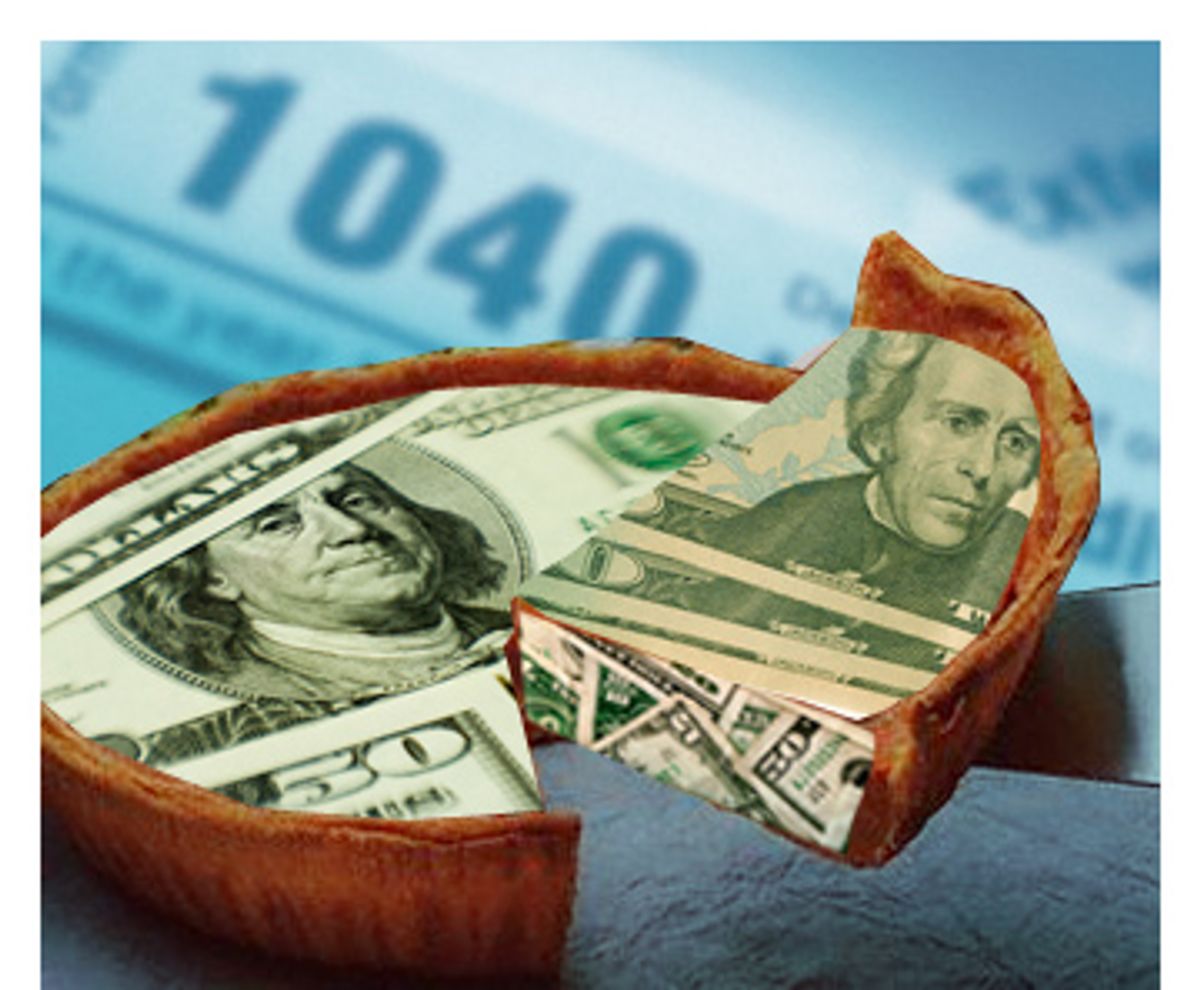 New data from the Internal Revenue Service show that income inequality continues to widen. The wealthiest 1 percent of Americans earn more than 21 percent of all income. That's a postwar record. The bottom 50 percent of all Americans, when all their wages are combined, earn just 12.8 percent of the nation's income.

Considering the magnitude of challenges ahead for America, it seems only reasonable that taxes should rise on the wealthy. Taxing the super-rich is not about class envy, as conservatives charge. It's about the nation having enough money to pay for national defense and homeland security, good schools and a crumbling infrastructure, the upcoming costs of boomers' Social Security (the current surplus has masked the true extent of the current budget deficit, but it won't for much longer) and, hopefully, affordable national health insurance. Not to mention the trillion dollars or so it will take to fix the Alternative Minimum Tax, which is now starting to hit the middle class.

To some extent, the major Democratic candidates for president appear to agree. They are unanimous in their pledge to roll back the Bush tax cuts. That means that the wealthiest Americans, who are now taxed at a marginal rate of 35 percent, would go back to paying the 38 percent marginal rate they paid under Bill Clinton. So far, however, no Democrat has suggested that the nation should raise the marginal tax rate on the richest Americans above that 38 percent, as will probably be necessary if America is to avoid an economic meltdown in the years ahead.

The biggest emerging pay gap is actually within the top 1 percent of all earners. It's mainly a gap between corporate CEOs, on the one hand, and Wall Street financiers -- hedge-fund managers, private-equity managers (think Mitt Romney) and investment bankers -- on the other. According to a study by University of Chicago professors Steven Kaplan and Joshua Rauh, more than twice as many Wall Street financiers are in the top half of 1 percent of earners as are CEOs. The 25 highest-paid hedge-fund managers are earning more than the CEOs of the largest 500 companies in the Standard and Poor's 500 combined. While CEO pay is outrageous, hedge-fund and private-equity pay is way beyond outrageous. Several of these fund managers are taking home more than a billion dollars a year.

At the very least, you might think that Democrats would do something about the anomaly in the tax code that treats the earnings of private-equity and hedge-fund managers as capital gains rather than ordinary income, and thereby taxes them at 15 percent -- lower than the tax rate faced by many middle-class Americans. But Senate Democrats recently backed off a proposal to do just that. Why? It turns out that Democrats are getting more campaign contributions these days from hedge-fund and private-equity partners than Republicans are getting. In the run-up to the 2006 election, donations from hedge-fund employees were running better than 2-to-1 Democratic. The party doesn't want to bite the hands that feed.

If the rich and super-rich don't pay their fair share, the middle class will get socked with the bill. But the middle class can't possibly pay it. America's middle class is under intense financial pressure. Median wages and benefits, adjusted for inflation, have been going nowhere for 30 years; health costs are soaring (employers are quickly shifting co-payments, deductibles and premiums to their employees), fuel costs are out of sight, the prices of the houses occupied by the middle class are in the doldrums.

What's fair? I'd say a 50 percent marginal tax rate on the very rich, meaning those earning over $500,000 per year. I'd also suggest an annual wealth tax of one-half of 1 percent on the net worth of people holding more than $5 million in total assets. Can't be done, you say? Well, the highest marginal tax rate under Republican Dwight Eisenhower was 91 percent. It dropped under John Kennedy to the 70 percent range. You say the rich will leave the country rather than face a marginal tax of 50 percent? Let them, and take away their citizenship.

If the Democrats stand for anything, it's a fair allocation of the responsibility for paying the costs of maintaining this nation. So far, neither the Democratic candidates for president nor the Senate Democrats have shown much eagerness to advocate this fundamental principle. It seems the rich have bought them out.