This movie about a sci-fi writer who adopts an odd kid works hard to fight sentimentality. But does it work hard enough? 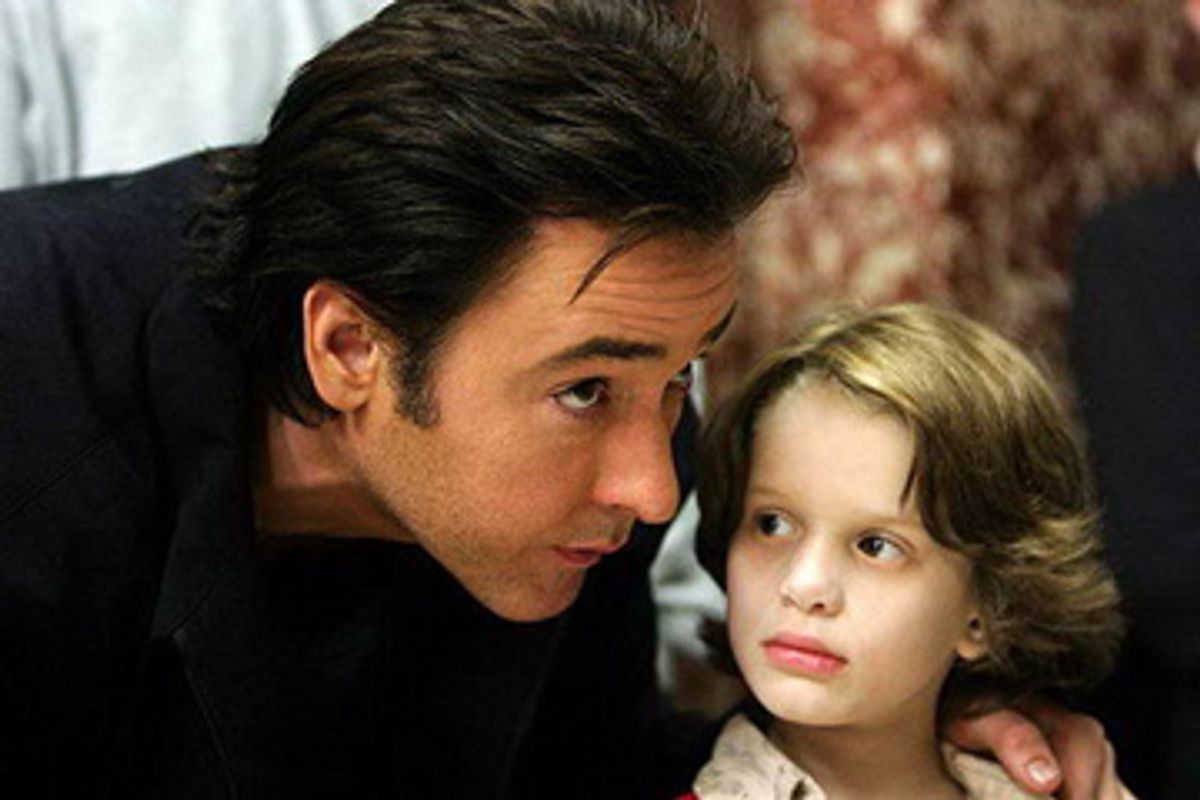 In "Martian Child," John Cusack plays David, a recently widowed science-fiction novelist who decides to go through with the plans he and his wife had made before she died and adopt a child. The orphaned kid he ends up with, Dennis (Bobby Coleman), is afraid of sunlight and refuses to go outside without his "weight belt," a strap of discarded batteries he wears around his waist. Dennis is unlike any other kid. In fact, he has trouble being around other kids: He's tossed out of school for appropriating little things that belong to them, which he uses in his efforts to study, and become more like, humans. Because Dennis firmly believes -- almost to the point of convincing David -- that he's actually from Mars.

"Martian Child," based on a short story by sci-fi writer David Gerrold (who wrote "The Trouble With Tribbles," one of the most beloved episodes of "Star Trek") and directed by Menno Meyjes (who adapted "The Color Purple" for the screen and is also the director of the not-yet-released bullfighter biopic "Manolete," starring Adrien Brody), works hard to fight sentimentality -- just not hard enough. You can't help sympathizing, at least to a point, with David's frustrations at being a new parent, particularly when the kid he has brought home has to be coaxed out of the large cardboard box in which he has taken up residence. (Dennis peeps out at the world, obviously terrified to join it, through a narrow rectangular slit.)

But before long, the story's conceit -- a loud-and-clear metaphor for the ways in which we all sometimes feel alien when it comes to human relationships -- just becomes wearying. Meyjes and screenwriters Seth E. Bass and Jonathan Tolins seem to be trying to apply a delicate touch here, but the movie keeps wriggling out of their grasp: It gets to the point where Dennis' behavior is so screwed up that you kind of hope he really is a Martian -- otherwise, the road he'll have to travel to fit in even marginally with the other kids is just too daunting. The story is further undone by too much whimsical, faux-ethnic music (by Aaron Zigman) -- a thumb piano here, some Ravi Shankar-type noodling there. This is a movie that needs less touchy-feely aural tie-dyeing, not more.

I suspect it's Meyjes' intent to help us understand how hard it is for some kids to fit into the world, and how their not fitting in can be the very thing that makes them special. That's an admirable goal, but what's most remarkable about "Martian Child" is how good Cusack is, particularly in a role that could bring out the worst kind of saccharine preciousness in even the best actor. Dennis has a habit of snapping pictures, generally at inconvenient times or just anytime, with his ever-present Polaroid camera. "I'm trying to learn how to be human and be part of a family," he tells David in his weird, detached monotone, to which David responds, with the perfect degree of dryness, "I think you speak for a lot of us there." Cusack doesn't melt under the movie's demands; he stands up to them. He's a counterweight to its more heartwarming impulses, and his coolness makes the story more moving rather than less. This is a chilly planet we live on, and it's often inhospitable to anyone who's remotely different. Cusack gets that idea across by understating it rather than underscoring it. He's just the kind of parent a kid who has fallen to Earth needs.