Bamboo is a wise alternative to wood products. But there are still a few toxic snakes in the grass. 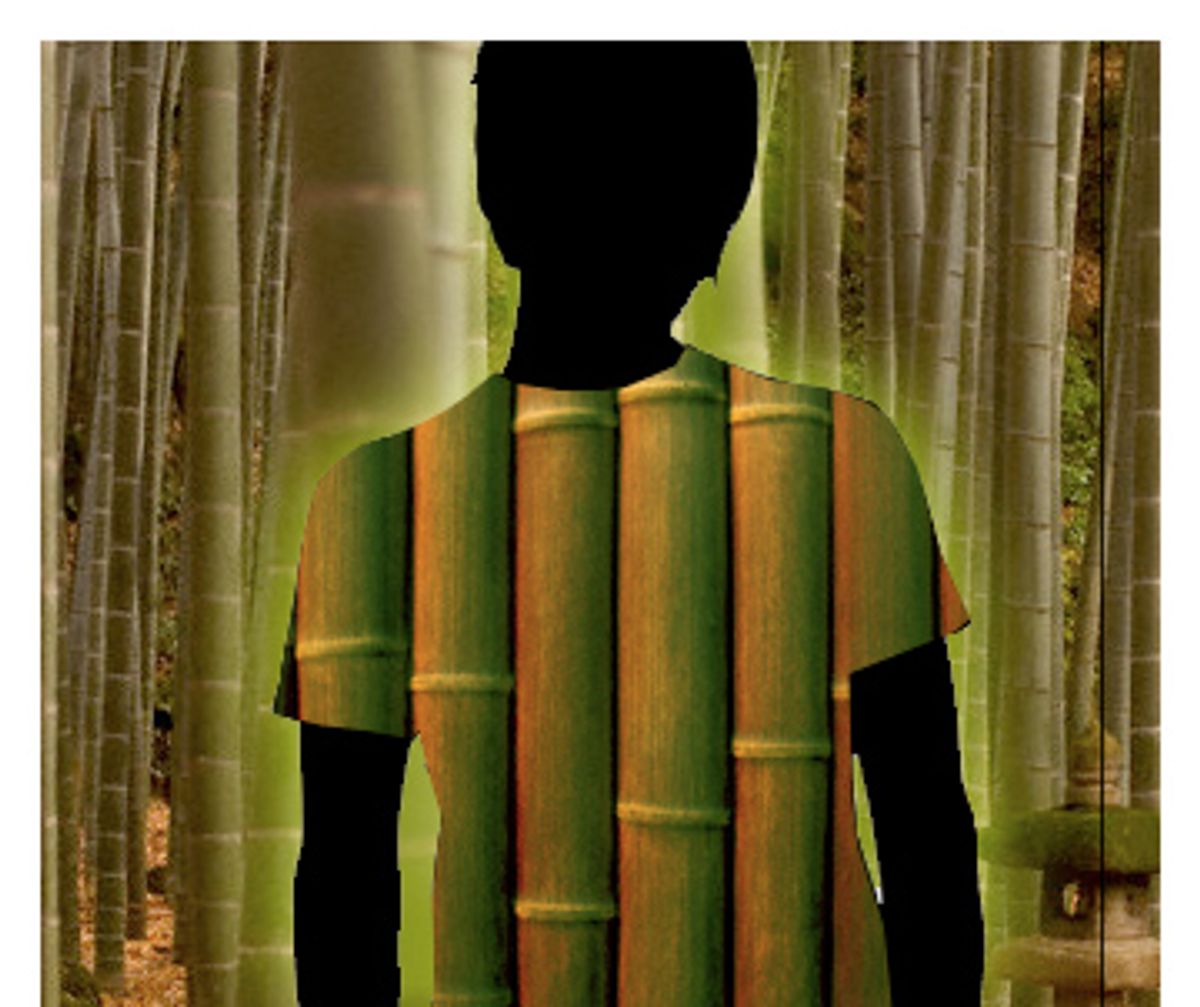 Bamboo has arrived. American consumers have embraced the veritable grass with a passion not seen since the first hippie rolled a joint. In the past five years, bamboo products have become a multibillion-dollar industry. Last year, imports into the U.S. exceeded $2.6 billion, with bamboo flooring alone seeing a 50 percent increase from 2005. Aside from flooring and fencing, bamboo is increasingly used to make everything from surfboards and bike frames to designer clothing. This diverse array of products is united by a singular message: Bamboo is good for the Earth.

Bamboo has achieved its green reputation for sound reasons. As one of the world's fastest growing plants, it grows up to 1 foot per day and can be harvested in an average five years, as opposed to the 40 to 120 years it takes to grow most trees. Regenerated from rhizomes, small stems attached to roots in the ground, bamboo doesn't need to be replanted after being hewn. Such quick growth means it can sequester more carbon from the air than a slower growing species like, say, a rose bush. Furthermore, it's cheap -- or at least, it can be. Costco and Home Depot both sell bamboo flooring for less than $2 a square foot.

As a textile, it's also comfortable and breathes well. I always thought the only people who bought eco-fabrics were those who needed something else to wear beside a tie-dyed T-shirt. But Sameunderneath, a Portland company, lent me some bamboo-fiber clothing to wear around town. On an overcast day when the damp chill threatened to mold my soul, I road my bike wearing one of its hooded sweatshirts and stayed warm. I went to a party that night wearing a black jersey-knit dress that wasn't just incredibly soft, it was stylish enough to help me blend with the hipsters, never an easy task for someone whose fashion sensibility is inspired more by Value Village than Vogue. Companies like Nike, Lands' End and Danskin, not exactly big tie-dye aficionados, now use bamboo rayon in their clothing and linens.

Although bamboo grows like, well, grass in most parts of the country and the world, high-density (or the strongest) bamboo grows best in tropical climates with high elevation. That's hard to find in the U.S., which explains why China, not Florida or Oregon, produces the most consistent species known as Moso. Aside from bamboo fences, gates and poles that can be grown in the Southeast and the West Coast, most of the bamboo we use in North America is grown in China. As well as having the right climate, China, as you may have heard, has cheap labor. Every company I spoke with said it's simply not affordable to manufacture bamboo in the U.S. There are 500 Chinese factories just making bamboo flooring, says David Flanagan of the American Bamboo Society's Northeast chapter. Bamboo textiles aren't produced anywhere else.

The transportation of all this bamboo from Asia might seem like the most obvious of environmental problems, but welcome to the complex global world of forest products. Much of the hardwood flooring sold in the U.S., even if it's grown here, is processed in China. In the bizarre math of global economics, it takes less diesel fuel to ship something to California across the ocean from China than via truck or train from New York, according to the U.S. Department of Energy. So while buying local is always the best alternative from an ecological perspective, bamboo from China is not necessarily worse than wood from Georgia.

However, there are a few snakes in the grass; not all aspects of bamboo are entirely green. Manufacturers of bamboo textiles use sodium hydroxide -- one of the main ingredients in Drano -- and carbon disulfide, to turn bamboo into a fiber that can be woven. Both chemicals are volatile organic compounds that can contribute to smog and of course can lead to a host of diseases if ingested. That's why Nau, another Portland clothing company dedicated to sustainability, refuses to use bamboo fiber.

"The rayonizing process is nasty," says Jamie Bainbridge, Nau's director of materials research. "Despite using a natural, renewable fiber, the chemicals and amount of water involved are far from ideal. We have not yet found a facility that properly treats the wastewater or better yet one that keeps the water in a closed loop system."

Another big bamboo import, flooring, also has some drawbacks that scuff up its sustainable image. Some bamboo producers apply pesticides to increase their yields. Some plant on hillsides, which critics claim causes erosion and mudslides after harvest. In China, where native forests don't much exist, and logging is illegal, bamboo is grown plantation style on former agricultural land. But as bamboo production expands into Southeast Asia, South America and Africa, there is concern that poor countries will readily clear native forests, displacing fragile ecosystems. No one is certain that this isn't already happening.

"In Latin America, a common pattern is to replace forests with plantations of cash crops," says Miguel Pinedo-Vasquez, a professor at Columbia University's Center for Environmental Research and Conservation. "If bamboo is planted intensively and extensively, of course there will be environmental damage. Bamboo will completely replace the native vegetation and lead to the extinction of local plants and animals."

Some companies, like EcoTimber, assure their customers, including retailers Carpeteria and the Environmental Home Center, that their bamboo products are pesticide-free, sustainably harvested, and glued with an adhesive that doesn't off-gas formaldehyde (unlike most wood and bamboo floors). Smith & Fong Plyboo and Teragren, environmental watchdogs say, are also reputable bamboo flooring companies. For help troubleshooting bamboo, you can contact the Green Building Exchange, based in Redwood City, Calif., or Nexus, based in Boston. Both are green-building resource centers that offer free advice either over the phone or by e-mail to curious consumers.

Nearly all the experts, though, say that the bamboo industry needs better oversight. That could come in the form of a third-party certification, akin to organic labels, that would offer consumers assurance that companies truly deliver a sustainable product. For more than 13 years, the Forest Stewardship Council, a respected nonprofit organization, has certified forests and non-timber products throughout the world. Consumers know that wood or paper stamped with an FSC label has been harvested and manufactured in accordance with rigorous sustainable forestry principles. In 2004, FSC announced that it had developed guidelines for certifying bamboo, but so far only one company, based in Malaysia, that produces bamboo for furniture has signed up.

"People should be asking for the same level of rigor in measuring the social and environmental costs of bamboo, as they are when it come to other forests or plantations," says Jeffrey Hayward of the Rainforest Alliance, which certifies forests following FSC rules. That will certainly help us know when the grass is truly green.