As I watched a surreal torture case unfold in a U.S. courtroom, the line between dictatorship and democracy seemed to disappear. 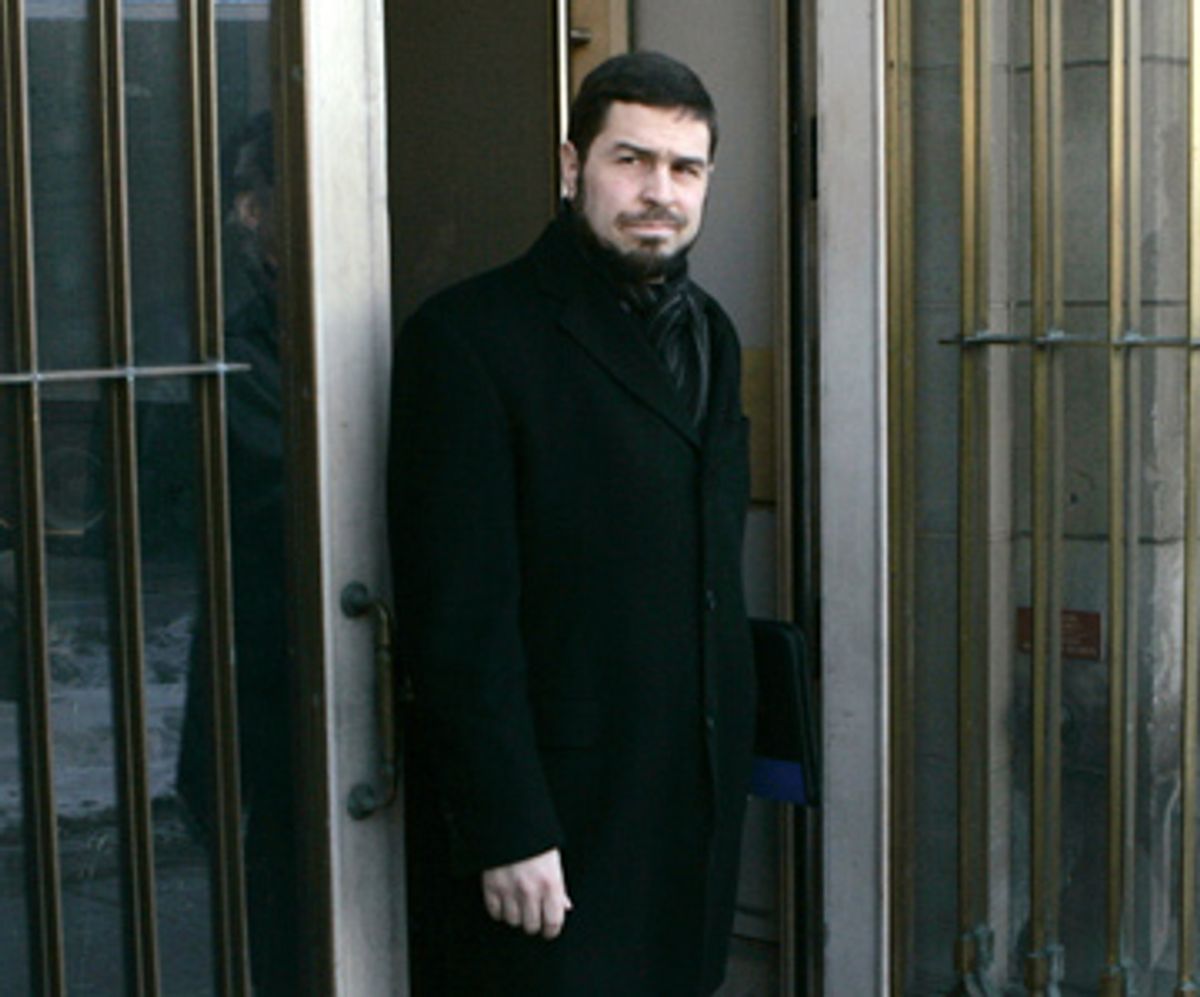 When visiting my grandmother's house in Damascus a few years ago, I never could have imagined sitting one day in a U.S. court, listening to the U.S. government defend its covert transfer of a Canadian citizen to Syria to be tortured.

Yet, that's precisely what happened last Friday in a U.S. circuit court in New York, with the beginning of Maher Arar's appeal of a decision last year by a district court to throw out his suit against the U.S. government. Arar's case was the first to challenge in court the Bush administration's use of rendition -- the process of secretly handing over people to other countries where torture is used during interrogations.

Arar's story is chilling. A Syrian-born Canadian citizen and high-tech worker, Arar was detained in 2002 at JFK Airport while he was on his way back to Canada after a vacation. He was questioned about alleged links to al-Qaida. He was denied access to counsel and access to a court. Twelve days later he was sent in chains and shackles to Syria. There he was tortured for nearly a year and coerced into making a false confession, before being released after the tireless campaigning of his wife.

Under pressure from Canadian human rights organizations and citizens, Canada announced a commission of inquiry into Arar's case, which cleared Arar of all terrorism allegations. Now Arar seeks damages from the U.S. government for its role.

It was this contrast that had defined me as a Syrian- American. Not merely because it meant I had a passport my relatives in Syria could only covet, but also because I was confident that I had rights. I believed that meant I would never disappear off the street into oblivion -- with no access to a lawyer or judge, and without anyone even being able to know my whereabouts, let alone help me.

I don't know if I'd ever have understood what it means to have rights as early as I did, had I not spent time in Syria. The reality of the police state follows you everywhere there, and even as a child I was aware of it. Like Mona Lisa's eyes, those of former Syrian President Hafez al-Assad were always upon us, his portrait everywhere we went. He would glare from the dashboards and windshields of taxis, where the drivers -- notorious informants -- had cut his photograph into the shape of a heart, often in triplicate. He was looming from public buildings that had the same portrait blown up to billboard size. We drove around traffic circles, anchored by larger-than-life statues of the Syrian leader. Like a license to operate, his picture was also displayed in shops, restaurants, hair salons, bus stations and private offices.

Even when his picture was nowhere to be found, fear of al-Assad was in the eyes of my relatives who would entreat me with a look not to talk politics, not to make jokes about al-Assad, not to even ask why I couldn't ask why. They would signal with a flit of their eyes, to corners of the room, who was listening, who would inform.

In a quieter moment someone would explain to me about the infamous prison in the desert, and what would happen if someone were perceived to be a threat to the regime.

Many years later, after I had become a lawyer, I accompanied my uncle, a lawyer in Syria, to file papers in court one day. The courthouse, once a glorious building, now had its white Ottoman facade tarnished by pollution. Men hocked their reading and writing services to illiterate villagers who were clutching papers containing orders they could not understand. Inside, the building was dirty, dark, crowded and smoky. My uncle pushed his way through the throng, smashing his papers onto the glass partition behind which a clerk sat.

When I asked him his chances in the case, he explained the facts and the law. But he confided that the opponent had " wasta," or connections, to the regime. I was amazed with his determination, but relieved to be an American lawyer, thinking again of that clear line that separated the rule of law in the U.S. from the cheapening of it in Syria.

So as I sat in the New York courtroom on Friday, a room with a rich mahogany interior, I was perplexed and saddened. Being Syrian-American, I had always borne the stigma and burden of the strained relationship between the U.S. and Syria, of having grandparents and roots (very proud roots) from an "evil" country. Now, Syria and the U.S. were in cahoots, finally getting along -- at least when it came to torture.

Arar's counsel argued that although the torture may have happened in Syria, the conspiracy by U.S. officials that allowed it to happen occurred here. Their actions, counsel argued, violated U.S. laws and the Constitution.

Counsel for the U.S. government, former Attorney General John Ashcroft and other government officials tried to emphasize the limited reach of the Constitution. Ashcroft's attorney told the court that only U.S. law, not "grandiose notions of morality," should apply. And when this same lawyer spoke of Arar's "unequivocal membership in al-Qaida," a charge that has not been proven in court by evidence, there was a collective gasp in the standing-room-only courtroom.

That expression of outrage roused me from my sense of depression. The courtroom was packed, and not only with uppity Arab and Muslim Americans, the kind of people our society seems comfortable denying the full protections of our laws and ideals. There were also gray-haired women reading the Wall Street Journal, preppy law students talking about the Center for Constitutional Rights' lawyers as if they were rock stars, and suit-wearing men and women shaking their heads at the government's arguments. All these people had taken time out of their lives to condemn torture, albeit without having to risk their lives to do so.

There it was again, the line that separated the rule of law from the lack of it, however thin and tenuous it now seemed. For the Syrian people's sake, I wish that line did not exist at all. For Americans' sake, I wish more cared, like those who were in the courtroom. For Maher Arar, I wish I could erase the ordeal he went through, though none of us can. But his case should be allowed to proceed, as much for his sake as for the sake of our democratic system.

Alia Malek is an assistant editor at the Columbia Journalism Review and a writer in New York City.