How the West was lost

In a movie season crowded with westerns, "True Grit" -- the great, unsung novel of the American frontier -- celebrates its 40th anniversary. 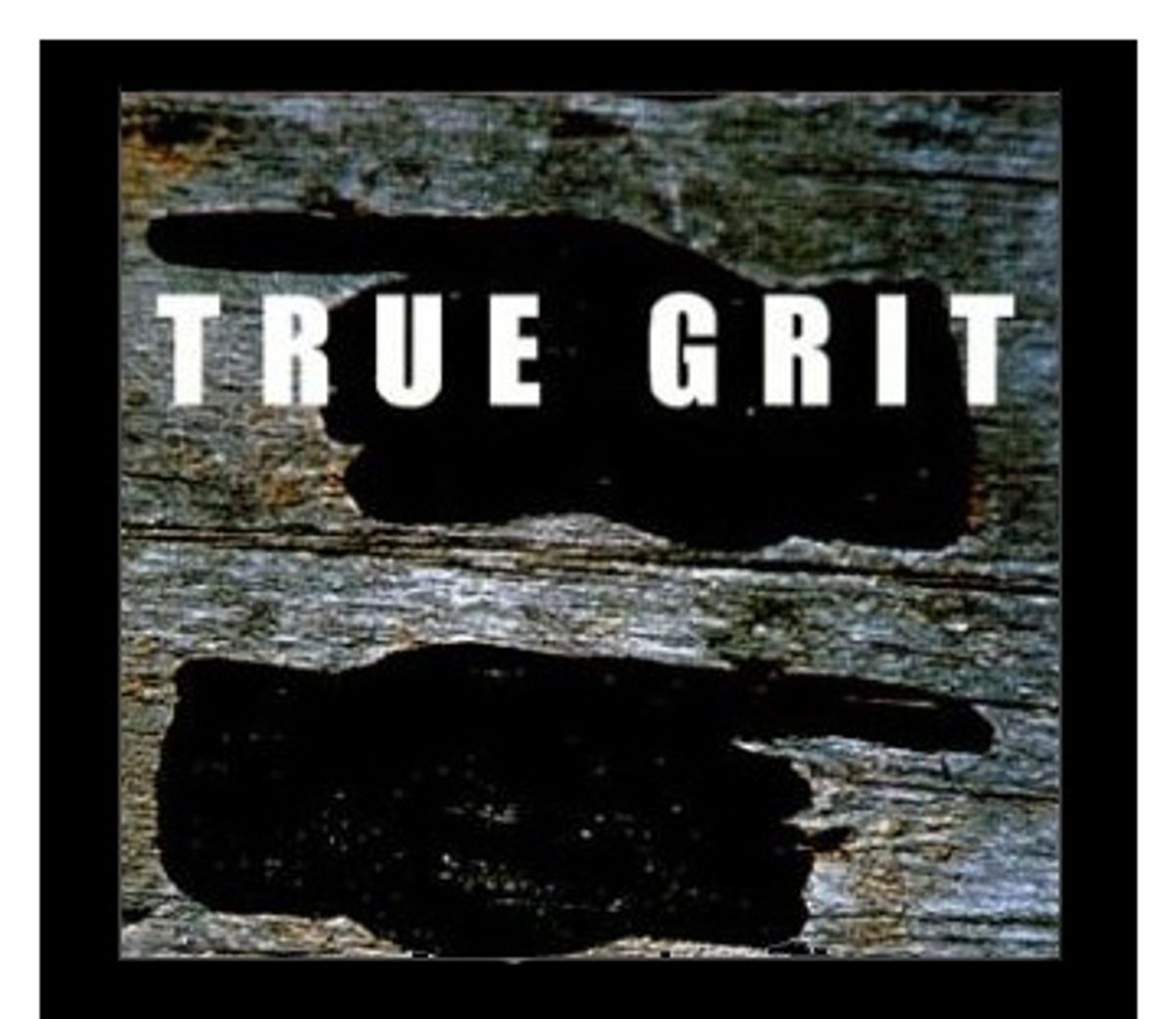 The 40th anniversary reissue of Charles Portis' "True Grit" is the third go-around for the novel since its publication and simultaneous serialization in the Saturday Evening Post. In a saner world, it wouldn't have to be reissued, it would have always remained in print.

Why it hasn't is one of the unsolved mysteries of modern American literature. Conventional wisdom blames the hugely successful 1969 film with John Wayne (for which he won his only Oscar). Potential readers, it has been argued, felt they'd already gotten the story from the film and didn't need to read the book. I don't know that I agree; I'm not at all certain that most of John Wayne's fans read very much. "True Grit's" going in and out of print over the last four decades probably has more to do with a reluctance to take the western seriously as literature. "True Grit" is merely one of many American books in the last half century -- I'd toss Thomas Berger's "Little Big Man," Michael Ondaatje's "The Collected Works of Billy the Kid" and Ron Hansen's "Desperadoes" and "The Assassination of Jesse James by the Coward Robert Ford" into this mix -- that were undervalued because they seemed to bear the faint taint of genre fiction.

"True Grit," like Cormac McCarthy's "Blood Meridian," might have overcome this stigma if Portis had been prolific. But Portis, while not exactly a J.D. Salinger-like recluse, has, except for appearances in some Little Rock-area bars, kept to himself down in Arkansas, never caring to establish a public persona by allowing profiles and interviews. (Good for him.) He took more than a decade after the success of "True Grit," his second novel (his first, "Norwood," was published in 1966), to produce "Masters of Atlantis," and there has not been another from him since "Gringos" in 1991.

Portis' lack of commercial success can't be put down to lack of critical support. At one time or another, he has been favorably compared to just about every novelist from Nabokov to García Márquez to Pynchon, and the phrase "A commentary on the American character," which should be used only for biographies of presidents or football coaches, has appeared on the covers of two different books. Despite this -- or perhaps in some ways because of it, as comparisons to Pynchon don't cause all readers' hearts to palpitate -- Portis' other novels have had an even tougher time finding an audience.

And, finally, let's face it: Portis can be a tough read, or it may be more accurate to say he's simple to read but hard to understand. Though his characters spend a great deal of time telling us about their circumstances, their intentions are not so easily penetrated. His five novels (including "The Dog of the South," which Overlook Press has reissued along with "True Grit") are populated by loners, misfits and eccentrics, mostly of a violent bent, a couple of them ex-Marines (like Portis himself) and knowledgeable about the kinds of things that people who read book reviews tend to shy away from (car engines, guns, military history, the dingier parts of Mexico).

Portis' plots don't sound promising when skimmed from dust jackets: an international secret society of Atlantis worshippers ("Masters of Atlantis"), a desperate group of whacked-out hippies illegally hunting for Mexican artifacts ("Gringos"), and an obsessed husband tracking his runaway wife in Central America through credit card receipts ("The Dog of the South"). I think there would be legitimate cause for concern for America's collective mental health if millions were suddenly attracted to Charles Portis books.

That enough readers were attracted to "True Grit" to have once made it a bestseller indicates that it is not only the most accessible of Portis' works but possibly a skeleton key to appreciating his oeuvre. "True Grit" is, like so many great American novels, a monologue. The story related by the heroine, Mattie Ross, occurred when she was 14 years old and is recalled when she is in her 70s, a time when her memory is, presumably, sepia-tinged. Her memoir preserves that period in the late 19th century when American speech contained rhythms of Shakespeare and the King James Bible but was rapidly turning into a language Virginia Woolf would later recognize -- and which Oscar Wilde recognized as early as 1882 -- as no longer British. In sentences gloriously free of contractions and Latinate words, Mattie re-creates herself, her friends and enemies, and the scenery, town and country of her youth.

From her home in Dardanelle, Ark., Mattie sets out to avenge the murder of her father, which will require riding into Indian territory, one of the worst refuges on the frontier for renegades of all description, to track down the outlaw Tom Chaney. It's a simple story, and Portis never lets it get more complex than that. Mattie is unwavering: "I have never been one to flinch or crawfish when faced with an unpleasant task." A practical girl, she knows her limits -- she must ally with a lawman whose primary qualities are expressed in the book's title. A sheriff in Fort Smith gives her thumbnail descriptions of the available U.S. marshals: "The meanest one is Rooster Cogburn. He is a pitiless man, double-tough, and fear don't enter into his thinking. He loves to pull a cork. Now L.T. Quinn, he brings in his prisoners alive ... Quinn is a good peace officer and a lay preacher to boot. He will not plant evidence or abuse a prisoner. He is as straight as a string. Yes, I will say Quinn is about the best they have." Where, she wants to know, "Can I find this Rooster?"

Mattie Ross is often compared to Huck Finn, but I doubt the two would have gotten along very well. Righteous, God-fearing and assertive, Mattie seems more like the nascent schoolmarm Huck would have fled from; in truth, she has more in common with another great figure from American literature, and God protect Moby-Dick if Mattie Ross was after his tail.

Passionate in adherence to principle while devoid of sentiment, she has her prejudices. "I have known some horses and a good many more pigs who I believe harbored evil intent in their hearts. I will go further and say all cats are wicked, though often useful. Who has not seen Satan in their sly faces?" In action, though, she is no dogmatist, but pragmatic enough to coax a smile out of William James. She and Rooster team up with a brash young Texas Ranger, La Boeuf, who comes on to her and is roughly rebuffed for his trouble. His male ego is ruffled, and he wants to leave her behind while he tracks down Chaney, whom he has pursued since leaving Texas.

"Criminal investigation," he tells her, "is sordid and dangerous and is best left in the hands of men who know the work." "Well," she retorts, "if in four months I could not find Tom Chaney with a mark on his face like banished Cain I would not undertake to advise others how to do it." "A saucy manner does not go with me." "I will not be bullied." And she will not be.

Though her talk is as clean as a newly printed McGuffey's Reader, you feel this chick could stupefy Ian McShane's Al Swearengen in "Deadwood." But she knows true grit when she sees it, even when wrapped in Texas arrogance, and La Boeuf, Rooster and Mattie prove to be a fine team of avenging angels. If it would spoil the ending for you to know more, then stop reading now.

After a dogged pursuit of her father's killer and his cohorts into territory where "The civilizing arts of commerce do not flourish," the trio find their man. "The charge exploded and sent a lead ball of justice, too long delayed, into the criminal head of Tom Chaney."

"True Grit" shares this with Portis' other novels: His characters are relentlessly grim while his prose is relentlessly funny. As Roy Blount Jr. put it, "Portis could have been Cormac McCarthy if he wanted to, but he'd rather be funny." That humor is often grim and always subtle; Portis is light-years from being "the quintessential Southern humorist" he is often reputed to be, because he isn't a quintessential anything except original. I will leave it to others to determine whether "True Grit" is Charles Portis' best or quintessential novel, but it is the best Portis novel to read first.