Fantasies in black and white

If even most African-Americans believe the black poor are primarily responsible for their own plight, does that make it true? 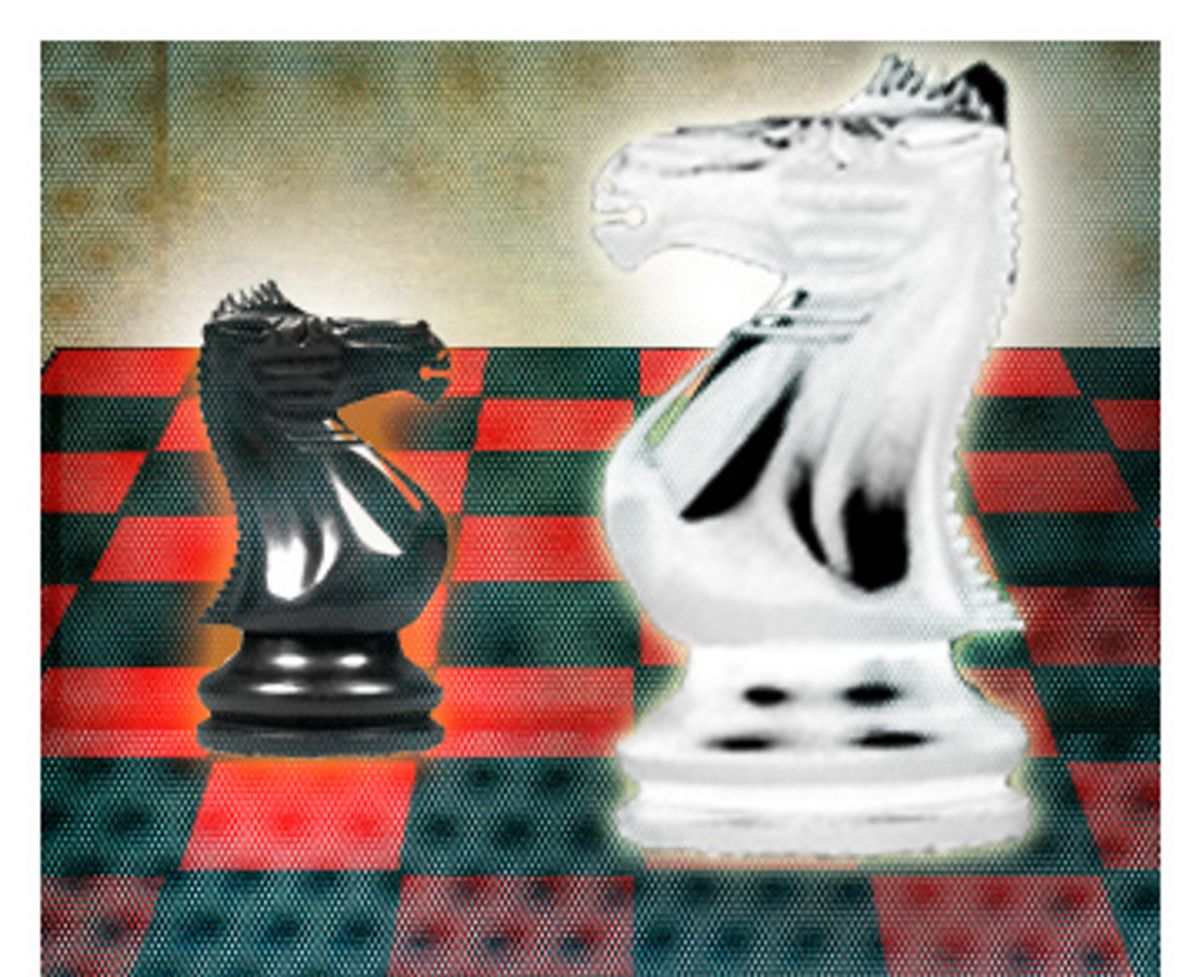 Senior NPR correspondent Juan Williams saw a big story in a certain dry statistic earlier this month. As Williams wrote, "53 percent of black Americans now agree that 'blacks who can't get ahead are mostly responsible for their own condition.'" Williams was quoting a poll on the attitudes of black Americans released Nov. 13 by Pew Research Center/NPR. The Pew poll also found that 61 percent of blacks believe that the values of lower-class blacks have become "more different" from those of middle-class blacks in recent years. African-Americans now seem to agree with a majority of whites that black poverty is a problem of individual responsibility rather than a social issue.

But if virtually everyone believes something, does that then make it true?

Whites especially seem to think the races have reached equal status -- a whopping 71 percent agree that blacks who can't get ahead are responsible for their troubles. Yet for every poll trumpeting that Americans believe we're moving toward racial equality, there's a sociological study proving that the opposite is happening. The same week the PEW/NPR study was announced, the Wall Street Journal reported that blacks born into the middle class are "far more likely than whites to earn less than their parents ... Children of black parents earning in the middle 20 percent of all families in the late 1960s had a 69 percent chance of earning less than their parents, the study found. For white children, that chance was just 32 percent."

Disillusionment may hold some middle-class blacks down, but poorer folks still get caught in circumstances beyond their control. In 2002, University of Wisconsin sociologist Devah Pager (now at Princeton) demonstrated that white men with criminal records can get low-wage jobs more easily than black men who have never been incarcerated. Another experiment reported on in the WSJ demonstrated that people whose résumés sported Anglo names were 50 percent more likely to receive interviews than were those with black-sounding ones. It's almost funny to imagine some human resource department comparing identical résumés from Ashley Weston and LaQuinda Mae Bullock and trying to rationalize poor LaQuinda out of a job. But to say that LaQuinda's responsible for her unemployment because she used her real name on her résumé is to miss the point.

Consider also that LaQuinda may have been born into difficult circumstances -- again, not her choice. A poor child, living in a ghetto, let's say, has to struggle to get a decent education, let alone the sort of elite schooling that leads to many lucrative professions. Even more infuriatingly, some schools flatter black students into an inflated opinion of their abilities, and this only compounds their frustration later. LaQuinda's parents, who are probably working long hours for low pay (giving the lie to the idea that laziness creates poverty), may not have had time to fight for her education. The fact that a few determined and talented people can make it out of these conditions hardly means that if we shipped a crate of elbow grease to the 'hood, there'd be a pipeline of blacks going straight to Princeton.

The poor are held back by economic circumstances, but poor blacks are further held back by social factors, including racism, isolation, insufficient cultural capital, crime and lack of assets. Many never get the opportunity to acquire the kind of skills that whites take for granted as a ticket to success. That may seem like a free-will deficit, but the sort of information you need to get ahead isn't always common knowledge -- in fact, a great deal of it is designed to keep outsiders, including poor and working-class whites, at arm's length.

Still, it's apparently comforting for both blacks and whites to imagine that racial discrimination no longer hinders success. Salon's Gary Kamiya uses the post-9/11 shift in black-white dynamics to suggest that race is "dying," given that most American nightmares feature Arab Muslims, not blacks, as the bad guys. But it's as likely that American attitudes on race are morphing, not dying. Somehow, the hostile, suspicious targets are still brown people. Sept. 11 may have represented a "timeout" from race for some black Americans, as Kamiya suggests, but ask anyone who even looks Middle Eastern -- or as some might say, like a "sand nigger" -- if he or she has seen a relaxation of racist attitudes in the past six years.

Furthermore, Kamiya's suggestion that "tough love" from middle-class blacks at boys clubs can significantly change the ghetto is based on a fairy tale of American individualism, not the practical reality of a place that lacks capital and political power because it has been systematically isolated. The day a black family -- Cosby or not -- moves into a white neighborhood and the property values go up as a result is the day race will really have died. Not surprisingly, Kamiya sees figures like Tiger Woods and Barack Obama as "proof" that anyone can realize his or her American dream, ignoring the fact that you have to be Barack Obama to get there: middle class, handsome, charismatic, devoid of slavery's racial baggage, a Columbia and Harvard Law graduate, with the contacts that let you raise millions of dollars. Even most white people can't do that!

Pretending we're closer to racial justice relieves black folks who, like Williams, have achieved a great deal of professional success in predominantly white fields. They may think that they've broken down doors for future generations without considering that those doors can easily be reassembled and nailed shut behind them. The older generation assumes that the overt racism of yesteryear was harder to combat than today's smiley-faced version; therefore, if a young person can't make it, she must be from a single-parent family, lack gumption, listen to rap music or suffer the influence of some other conservative bugaboo. But nowadays it takes a university study to prove that racism affects hiring practices, not just a sign outside reading "No coloreds need apply."

Shouldering the have-nots with all the responsibility for their downward mobility also reassures those who are better off that they have achieved their prosperity through hard work, which keeps them from feeling guilty about their indulgences. Believing the poor are simply lazy or have "underclass values" allows comfortable Americans to feel superior to the less fortunate, and to smugly promote a strict work ethic as the only tonic for indigence while avoiding the truth about wealth transfer. A number of scholarly studies are finding that one of the biggest reasons for the persistence of the immense economic gap between whites and blacks isn't rap, absent fathers or Ebonics, but unearned income and equity. Call it the "parent economy," as described by Brandeis law professor Thomas M. Shapiro in his 2004 book "The Hidden Cost of Being African American." Essentially, says Shapiro, inheritance, gifts and financial backing create a safety net for middle-class white people that does not exist for the majority of blacks. Shapiro found that in 1999, only 25 percent of white families lived in "asset poverty" (which he defined as having a "private safety net" of less than $4,175 for a family of four), whereas 54 percent of blacks did. Shapiro also found that blacks were more likely to take care of their parents than to receive an inheritance from them.

Liberal whites tend to feel guilty about receiving gifts or "free money" from parents and, if they accept these benefits, don't consider them "real" income, as Shapiro notes. People with trust funds rarely speak openly of their existence, let alone their premiums. So this segment of the economy goes largely unacknowledged. This isn't to say that whites should reject inheritances and parental gifts -- salaries aren't allowing any workers to save the way they used to -- but merely that ignoring or denying the difference that factors like unearned wealth make in the racial gap distorts everybody's perception of economic inequality. What's more, even underprivileged people of color who try to address the equity gap head-on risk being misled by check-cashing services, credit card companies and subprime-mortgage lenders.

To accuse anyone of laziness after falling for one of these schemes only adds insult to injury, because it sure isn't poor black folks who control those institutions. But maybe our national myth of self-determination has such a strong hold on us that we're willing to wallpaper a fantasyland of racial economic equality over the real America.