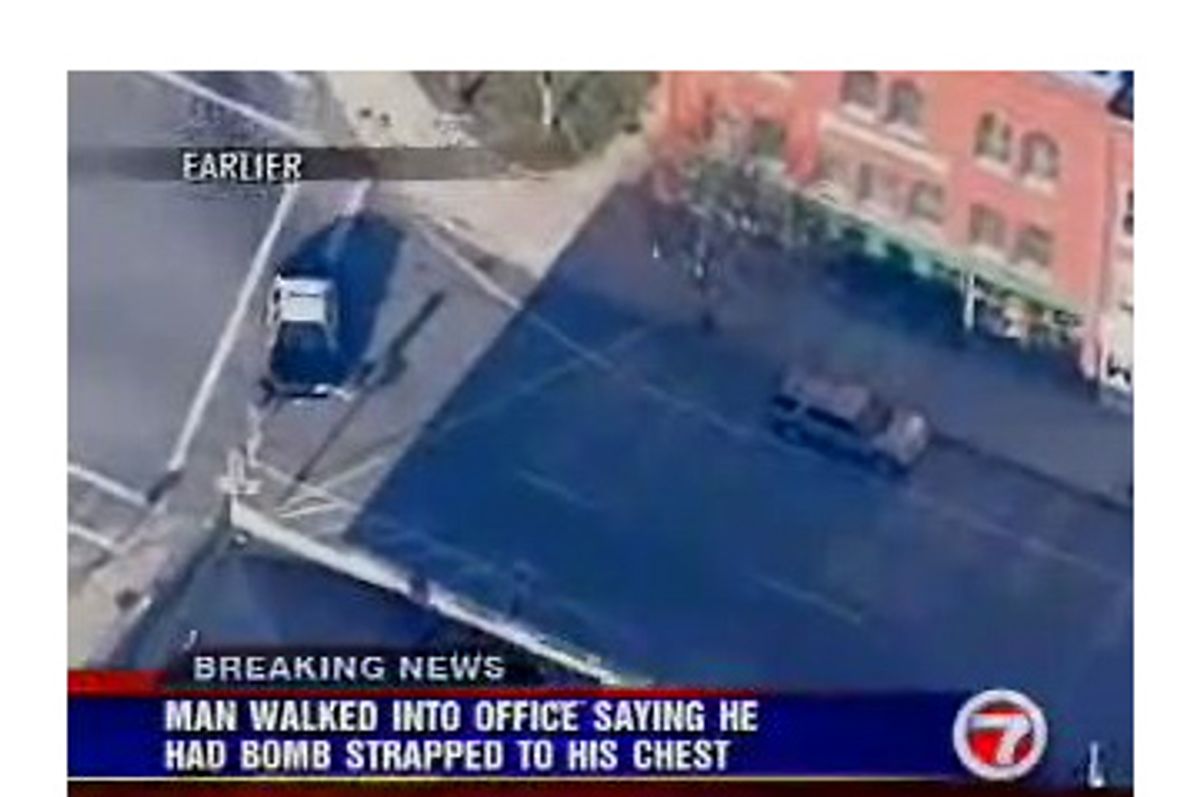 Update: CNN reports that two hostages held at Hillary Clinton's campaign office in Rochester, N.H., have been freed unharmed. The hostage taker is believed to still be in the office. ABC News reports that law enforcement officials claim the suspect is a well-known local man with a history of emotional issues, who allegedly told his son to watch the news.

A police spokesman, speaking at a press conference at approximately 4:45 p.m. today, refused to confirm the identity of the man or the number of hostages taken or released. The spokesman also refused to say whether police believe the man actually has a bomb.

An armed man has reportedly taken hostages at Hillary Clinton's campaign office in Rochester, N.H. According to one report, a man entered the office and showed campaign workers what he said was a bomb in his coat. One campaign employee has been released, but at least two more are reportedly being held.

Fox News is reporting that the man is demanding to speak with Clinton. The New York senator and Democratic presidential candidate was to speak at the Democratic National Committee's fall meeting in Virginia this afternoon but canceled her appearance in order to deal with the situation.

"There is an ongoing situation in our Rochester, New Hampshire, office," the Clinton campaign said in a statement released out of its national office in Virginia. "We are in close contact with state and local authorities and are acting at their direction. We will release additional details as appropriate."

Other candidates are expressing concern for Clinton and her campaign staffers. Delaware Sen. Joe Biden, speaking to the DNC meeting this afternoon, said: "Like everyone here, I pray to God that it all works out all right, and I wish Hillary the best of luck as she heads to New Hampshire." Ohio Rep. Dennis Kucinich, saying that all Democrats were in "solidarity with Hillary right now," said that the event is a reminder that Americans must deal with "the impulse that brings so many people in our society to feel that the only way they can express themselves is through violence."

Police have dispatched a bomb squad as well as sniper teams to Clinton's Rochester office, and a nearby office used by Barack Obama's campaign has been closed as a precaution. The Clinton campaign has also temporarily closed its Iowa campaign offices.