Huckabee and criminals: It's worse than just Wayne DuMond

The former governor's feckless, faith-based clemency policies in Arkansas continued for years after the convicted rapist was released. 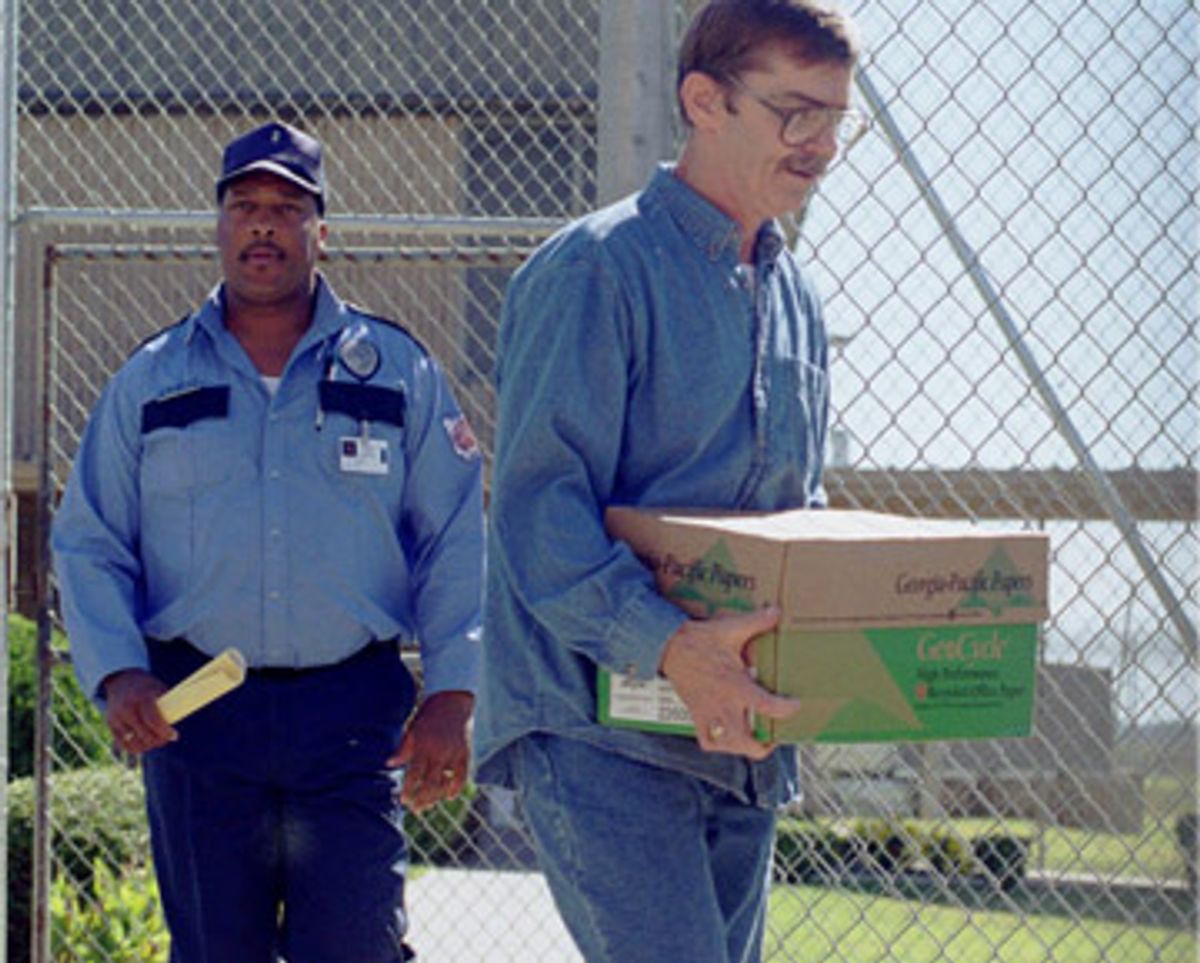 Responding to accusations that he caused a rapist and killer named Wayne DuMond to be set loose from the Arkansas prison system -- leading ultimately to the murder of at least one and probably two women in Missouri -- Mike Huckabee has long denied any personal responsibility for that profoundly stupid decision. In the past he has tried to blame DuMond's parole on both Bill Clinton and Jim Guy Tucker, who preceded him as governor. More recently, he has denounced the charge that he pressured the Arkansas parole board into freeing DuMond, who has since died, as "nonsense."

And now Huckabee, who plainly hoped to please the prisoner's deranged right-wing advocates back when he promised to commute DuMond's sentence, says that he laments the politicization of a tragedy.

"There are families who are truly, understandably and reasonably, grief-stricken," he told CNN, referring to the relatives of DuMond's victims, including the mother of a Missouri woman he raped and murdered who has vowed to campaign against Huckabee. "And for people to now politicize these deaths and to try to make a political case out of it rather than to simply understand that a system failed and that we ought to extend our grief and heartfelt sorrow to these families, I just regret politics is reduced to that."

According to good old Huck, the fault still lies elsewhere, presumably with that nebulous "system." How could anyone believe that he would let a vicious killer and rapist walk free? It is all too believable, if only because Huckabee continued to exercise his powers of clemency and commutation just as foolishly and frivolously for years after he should have learned better from the DuMond mistake. He bestowed those favors on prisoners he happened to meet, on prisoners with personal connections to him or his family, and especially on prisoners recommended to him by pastors whom he happened to know from his own previous career as a Baptist minister and denominational leader. As with DuMond, whose case was pleaded by a preacher named Jay Cole, prisoners guilty of heinous crimes could be washed clean in Huckabee's estimation if a pastor of his acquaintance importuned him. Among the thugs to whom he granted clemency was a robber who had beaten a man to death with a lead pipe.

For several years after 1996, when he first considered parole for DuMond (he was released in 1999), the Arkansas governor freed as many as 1,000 prisoners. Some were undoubtedly deserving of release, but others were dangerous and violent felons like DuMond who should have been kept behind bars. Huckabee's questionable methods and motivations never changed until prosecutors, the media, his fellow Republicans and virtually the entire state of Arkansas rose up in protest against his idiocy.

The case that sparked the citizen revolt against Huckabee came to public attention in 2004, when he announced his intention to release a murderer and rapist named Glen Green. What seems to have impressed him was the endorsement of Green provided by one Rev. Johnny Jackson, a Baptist minister in the town of Jacksonville and friend of the governor's. Observers doubted that Huckabee had bothered to glance at the case file before he decided to release Green, because he could not have helped being chilled by the harrowing confession it contained.

In 1974, Green was serving as a sergeant at Little Rock Air Force Base, located in a suburban county outside the state capital. On a certain evening, he seized Helen Lynnette Spencer, 18, and brought her to a quiet spot on the base where he assaulted and tried to rape her. She briefly escaped from Green, who then caught her and beat her brutally with nunchaku sticks. He stuffed her into the trunk of his car and drove her off the base to another county, where he pulled her into the front seat and violated her. Since she wasn't dead, he ran over her several times with his car, and finally dumped her corpse in a bayou. When Spencer's body was found, her hand was reaching up from the swampy waters.

This was the series of events that Green and his gullible minister -- who reportedly described the perp as "a humble Christian man" -- later insisted had been "accidental," an explanation that Huckabee inexplicably accepted. The prosecutors who put Green away for life in 1974 believed that he was capable of killing again, and they were stunned when the governor ignored their advice, along with the unanimous opinion of the Arkansas parole authorities. Only the anguished protests of the victim's family, amplified by the local media, eventually forced Huckabee to rescind the commutation of Green's sentence, which he had already announced.

The pattern could not have been clearer, as described by Arkansas columnist Garrick Feldman, who crusaded against Huckabee's feckless, faith-based clemency and pardon policies. Killers and rapists need not express remorse, as the Green case showed. They need only profess their salvation, "especially if a minister from Huckabee's circle vouches for their jailhouse conversion."

Whatever Huckabee now says about the DuMond case, he continued to misuse his authority for several years after the fatal consequences of that fiasco became all too obvious. Behind his pattern of error and misconduct is a troubling arrogance that is not unfamiliar in a certain kind of evangelical politician. He would not be the first elected official who did something stupid and destructive because he had convinced himself that he was fulfilling the will of God. The question is why the rest of us should want to risk our safety and security by entertaining such delusions again.