World to America: Cool down

The Bali global warming talks ended with a stubborn U.S. finally making promises that other countries could live by. 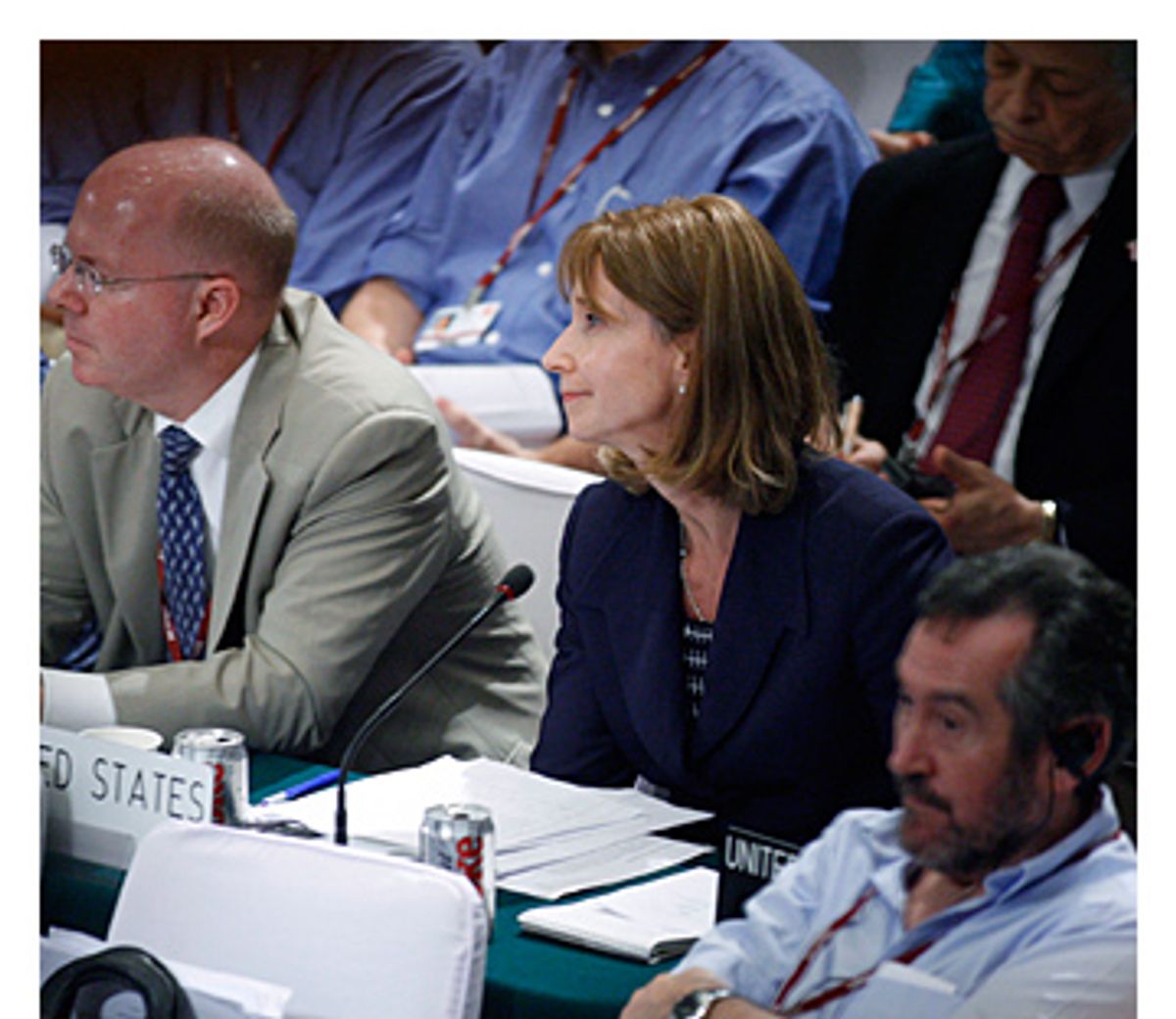 Booing, jeers, tears and finally cheers lent high drama to the conclusion of the United Nations climate change talks in Bali last weekend. The talks culminated in a meeting in which the United States delegation was publicly humiliated. "I've never seen anything like it," declares David Doniger, who attended the meeting as the policy director of the Natural Resources Defense Council's Climate Center, and had been a negotiator for the Clinton administration at Kyoto. "The U.S. was pounded for nearly an hour by country after country."

Differences between countries are usually hammered out in private during breaks, or behind closed doors. Yet in the public plenary, the U.S. objected to an attempt by India to reword a sentence concerning how rich countries might aid developing ones in reducing their greenhouse gas emissions. None of the usual U.S. allies, such as Japan, South Africa and Canada, took its side, and the international frustration with the Bush administration boiled over in the public forum. The island nation of Papua New Guinea castigated the industrial giant. "We seek your leadership," Kevin Conrad, the delegate from Papua New Guinea, told the Americans. "But if for some reason you are not willing to lead, leave it to the rest of us. Please get out of the way."

Within the hour, the apparently chastened U.S. reversed course, inspiring cheers, and an agreement was soon reached. "The U.S. caved from the psychological and emotional pressure of 190 countries in a room," says Peter Goldmark, director of the climate and air program for Environmental Defense, who attended the talks in Bali. "The Bush team was really battered and isolated, and any American who said it was not painful to see was lying."

After two weeks and many late-night meetings, the delegates agreed to a "road map" for future climate negotiations, which they will attempt to ratify in a new climate treaty by the U.N. climate change conference in Copenhagen in December 2009. "Nobody was there to commit to anything, and nobody did commit to anything," says Elliot Diringer, director of international strategy for the Pew Center on Global Climate Change, who attended the Bali talks.

The Bali conference did produce a few significant developments. Developing countries, including China, South Africa, Brazil, India and Mexico, agreed to consider taking action to curb greenhouse gases. Previous climate negotiations exempted developing countries from doing anything to reduce their emissions growth. "It doesn't put anyone on the hook right now for emission reductions, but it doesn't let anyone off the hook either. If we had let developing countries off the hook, we'd never get an agreement that the United States could ratify," says Diringer.

In Bali, fighting deforestation, which accounts for some 20 percent of human-induced greenhouse gas emissions, also became a priority for future talks. Indonesia, Brazil, Papua New Guinea and other countries with rain forests want financial incentives from the carbon markets to help them cut down on illegal logging and conserve forests. "Right now, the forests are valued as wood or acreage for farming and plantations," explains Doniger. "We have to have a world where it's just as valuable, maybe more so, to keep the forests standing."

Even with these positive developments, a pall hung over Bali, as the U.S. played a game of climate-change chicken with developing countries like China. Now that Australia has agreed to the terms of the Kyoto Protocol, the U.S. is the only industrialized nation that has refused to cap its emissions. Developing countries are using the U.S. reluctance to commit to a carbon cap as a way to avoid making commitments of their own. The result: The final documents from Bali do not include even a range of possible emissions targets that will be considered in future negotiations.

"The Bush administration still managed to force any mention of the specific limits needed to head off climate catastrophe into a footnote in the Bali agreement," says Rep. Edward Markey, who chairs the Select Committee on Energy Independence and Global Warming, in a statement: "Not since Emperor Nero tried footnoting firefighting through more fervent fiddling, have we seen such a transparently vain effort to avoid the inevitable. When it comes to meeting the challenge of climate change, the Bush Administration still appears willing to operate on the basis of denial and obfuscation, not science and logic."

And there's no evidence that will let up, at least until there's a new president in the White House. Just hours after the talks ended, the White House released a statement expressing "serious concerns" that the Bali road map doesn't demand enough of the developing world.